Over the course of the offseason, we will take an in-depth look at every member of the Miami Dolphins' roster. All 90 players will be spotlighted, with the goal being to complete the look before the team's first preseason game (60 days from today). Today, we look at quarterback Matt Moore

We are currently making our way through the Miami Dolphins' 90-man offseason roster, breaking down last season for each player, as well as what could happen this year. We continue today with a look at quarterback Matt Moore. 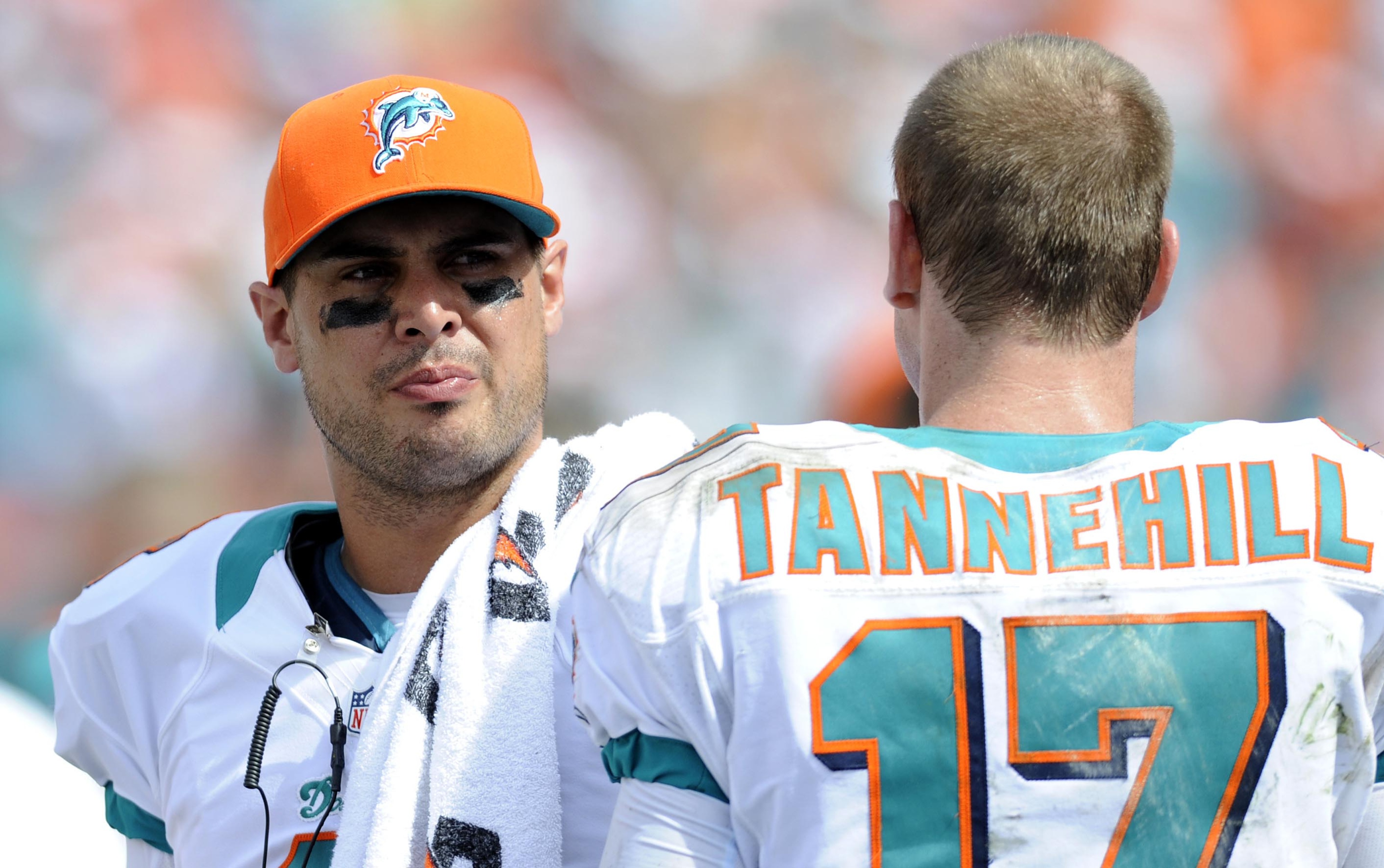 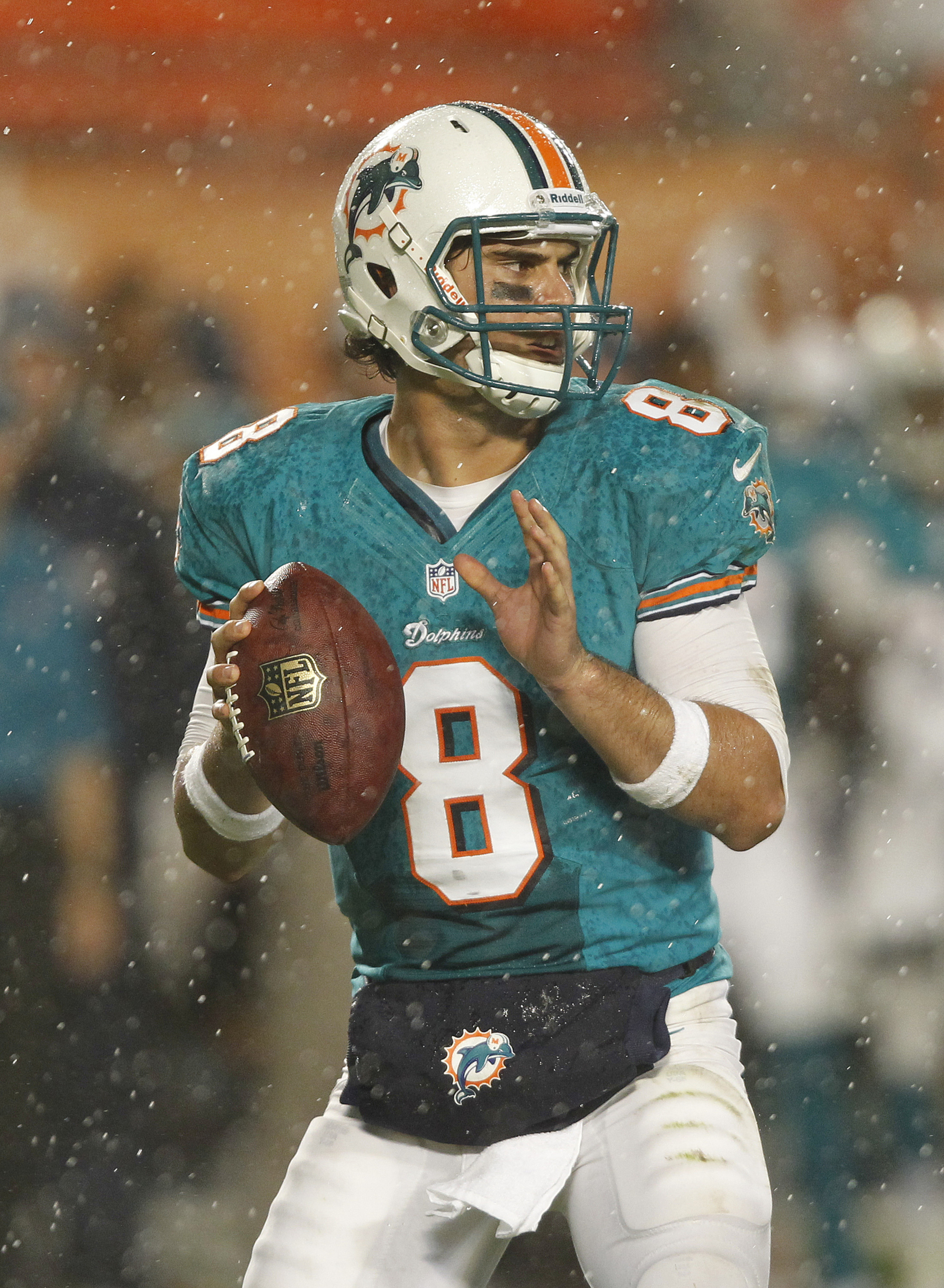 Moore did not see much playing time in 2012, really only seeing significant field time during the one game in which Ryan Tannehill was injured. However, his presence was a much needed aspect of the team, and explains why he was re-signed this offseason. Moore is a veteran instructor to Tannehill as the franchise quarterback enters just his second season in the league.

During Hard Knocks in the preseason, we as fans got a chance to see Moore's presence in the quarterbacks room, and how he worked with Tannehill. That's what the team will be looking for this year as well.

Let's face it. We do not want Moore to improve. He is already seen as the top backup quarterback in the league. Hopefully, by the end of the season, that is exactly the same thing people are saying about Moore - not that he succeeded or failed as a starter.

If he is called upon this year, Moore should find success. He has been in the system two years now, and has the veteran savvy to handle coming off the bench. His two years with Miami have seen him throw for a completion rate of 60.4%, a 2.5% increase over his three seasons with the Carolina Panthers. He's also turned his 16-17 TD-to-INT with Carolina to a 17-9 rate with the Dolphins. If anything should happen to Tannehill, Moore will be able to fill in.

It depends on your definition of regression. If it's that he plays less from one season to the next, that's what we want to see. If it's his overall play, Moore could regress if he either does not continue to prepare, or gets wrapped up in being beaten out by Tannehill. Neither of those scenarios seem to be something that Moore will let happen.

While he has had success in Miami, including his 2011 campaign that saw him throw for nearly 2,500 yards in 13 games, with 16 touchdowns, Moore could find himself playing more like the Panther quarterback, which would definitely be a regression. Remember, Moore is only 28. He has plenty of football in front of him still, but he also does not have all that much behind him. A young quarterback, who has not really seen the field in almost a year, could struggle if he is thrust back into the top slot.

The Dolphins have also re-worked their offense this year, adding weapons all over the place. Tannehill is going to be given every rep necessary to build chemistry with the receivers and tight ends. If Moore is not able to use his limited reps to build similar chemistry, he could struggle if he has to play.

Moore will be on the roster at the end of training camp. There's a chance he's not on it by Week 9, if some team has their starting quarterback suffer an injury, and they can workout a trade deal for Moore, but odds are he sticks around this year, giving Miami good depth at the position, as well as a mentor for Tannehill and third string QB Pat Devlin.