Dolphins' face of the franchise

The 2013 Miami Dolphins are a very young team, with a lot of new faces on the roster. Who fills the "face of the franchise" role for Miami?

Share All sharing options for: Dolphins' face of the franchise

Every team in the NFL has that one player that epitomizes the team. You see that player, and you immediately think of their team. It can be a veteran quarterback like Tom Brady or Drew Brees, or it could be a running back like Adrian Peterson. In at least one case, it could be the coach (yeah, the New York Jets are that bad...). Yesterday, our friends over at the Chicago Bears' blog Windy City Gridiron spent time discussing the face of the franchise for each of the NFL teams.

Who is the Face of every franchise in the NFL? 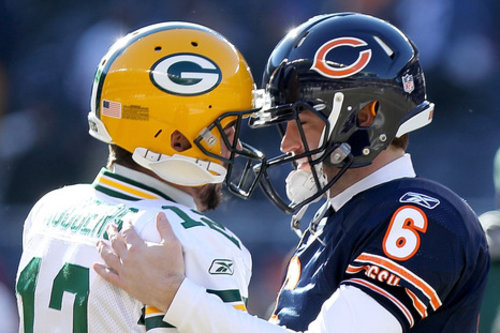 Windy City Gridiron's run down of the face of the franchise for all 32 teams in the NFL.

For the Miami Dolphins, the choice was pretty simple. Dan Marino is obviously...no wait. That's not right. Oh, here we go. The guys over at WCG took a look at the Dolphins' roster and determined defensive end Cameron Wake fills the role of "face of the franchise." About the pick, they wrote:

"Ryan Tannehill has the potential to be the man at some point, but Wake has been their most consistent and best player player for a few years now."

I agree with them that Tannehill is not yet in that role, and I could also see Mike Wallace filling the position down the road. Wake might be the only logical choice as the face of the franchise.

Could a player like Mike Pouncey fill the role? With another strong year like he had in 2012, could Reshad Jones make a play for the face of the Dolphins? What would Dion Jordan, Miami's third overall pick this year, have to do to unseat Wake?

I think all of us hope that Tannehill does become that guy, but, until then, the Dolphins roster seems to be Wake, and then a lot of potential. What do you think?