A few days ago (before Aaron Hernandez dominated everything), I asked Twitter and Facebook for their prediction of the six wide receivers the Dolphins would keep in 2013. Here are the responses:

It took a couple of days to come back to this, but earlier in the week, I asked the Phinsider's Twitter and Facebook followers to make a Miami Dolphins prediction for the 2013 season. Specifically, assuming the Dolphins keep six wide receivers going into the season, which six would it be. Here are the responses: 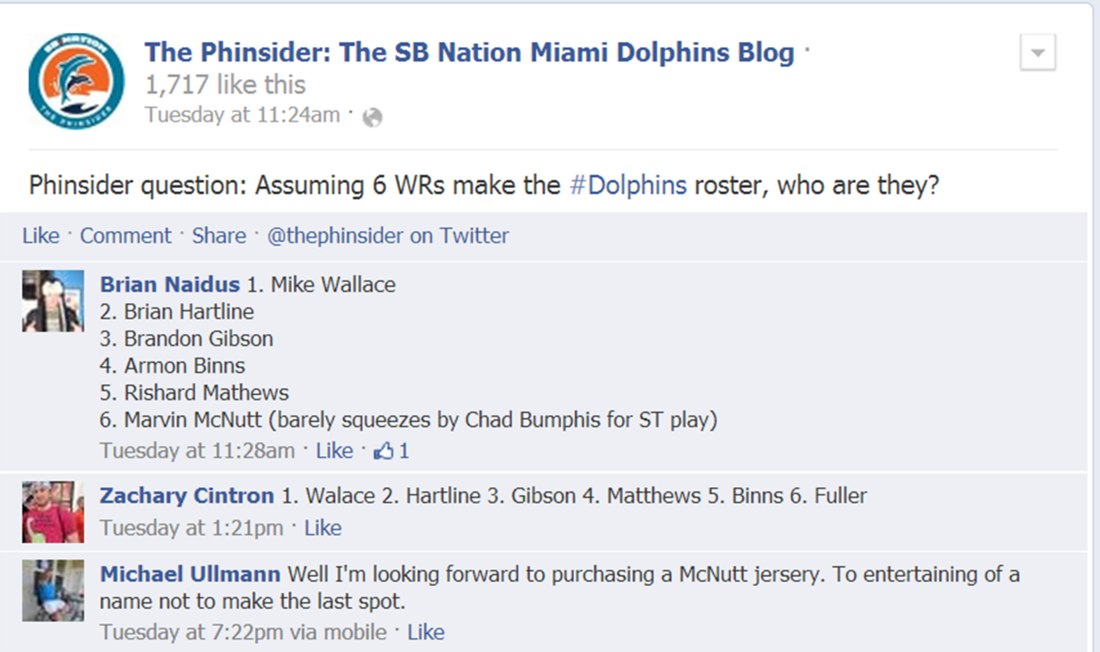 We got seven full answers to the question, with every answer the same for the top five. Mike Wallace, Brian Hartline, Brandon Gibson, Rishard Matthews, and Armon Binns were on all seven ballots. Chad Bumphis, Brian Tyms, and Marvin McNutt each picked up two votes, while Jeff Fuller received one.

So, what do you think? Are the top five definite locks? Which of the remainder fills the one slot? Let us know below.