Over the course of the offseason, we will take an in-depth look at every member of the Miami Dolphins' roster. All 90 players will be spotlighted, with the goal being to complete the look before the team's first preseason game (39 days from today). Today, we look at running back Jonas Gray.

We are currently making our way through the Miami Dolphins' 90-man offseason roster, breaking down last season for each player, as well as what could happen this year. Today, we continue today with a look at running back Jonas Gray 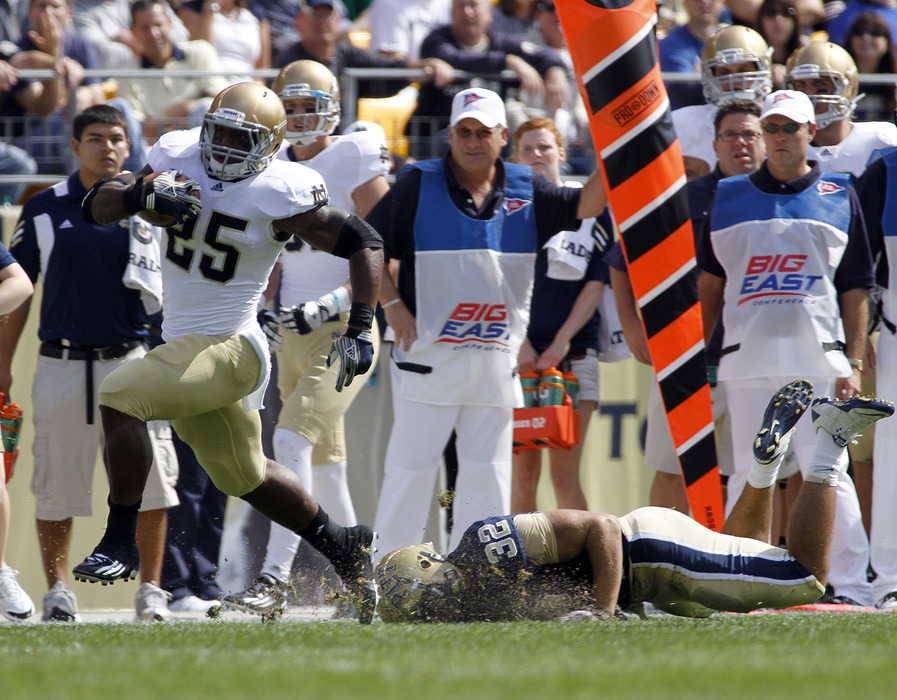 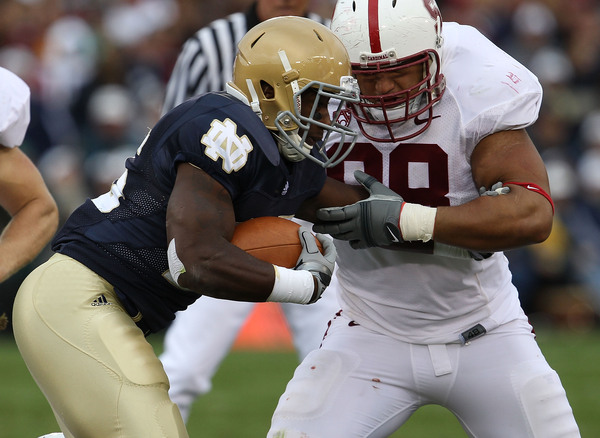 Gray was a medical redshirt his rookie campaign, sitting out the year as he rehabbed a torn ACL he suffered as a senior at Notre Dame. He was signed by the Dolphins as an undrafted free agent.

During his 2011 senior year, Gray appeared in 11 games prior to the injury, carrying the ball 114 times for 812 yards with a team high 12 rushing touchdowns.

He could be healthy. That's a huge improvement. Earlier this month, Head Coach Joe Philbin said that the team feels "very good about Jonas Gray coming off the knee," and, while he has not been a commonly mentioned name during OTA and minicamps today, Gray is very much in the competition for position on the depth chart at running back.

Gray is the one-cut runner that Philbin likes, and he has the bigger body that could complement a guy like Lamar Miller, who is the presumed starter. At 5'9", 225 pounds, he's a little smaller than Daniel Thomas (6'1", 223), but could still provide that power back option in Miami's offense.

Between getting back into football shape, dealing with the mental side of recovering from an ACL tear, and simply working his way up a crowded depth chart, things could be bad for Gray.

Gray may be the wildcard in the running back competition. Lamar Miller seems set to be the starter, with Daniel Thomas returning to his role as primary backup. After that, Gray, Marcus Thigpen, and rookies Mike Gillislee (5th round pick) and Cameron Marshall (UDFA), will all be looking to secure roster spots. Miami carried four tailbacks last season, so there are two positions remaining for the four players, assuming the Dolphins build the roster similar to last year.

It's really difficult to suggest one way or the other what will happen to Gray. It is possible he starts the season on the practice squad, but he could be a guy some team will try to poach, despite the year off of from football, given his power back build, one-cut ability, and the success he had at Notre Dame.

There are many Dolphins fans who are excited by Gray, even predicting him to take Thomas' role as the primary backup to Miller.