We have officially reached June 2, meaning linebackers Kevin Burnett and Karlos Dansby are no longer members of the Miami Dolphins' salary cap. Here's a look at the savings from each.

When free agency started on March 12, one of the biggest surprises of the first day was the Miami Dolphins signing of Dannell Ellerbe, followed by the release of Karlos Dansby. Miami then backed that up with the signing of Philip Wheeler and the release of Kevin Burnett. Both Dansby and Burnett were designated "June 1st Cuts," a new allowance under the Collective Bargaining Agreement.

Return of the Phinsider Mailbag 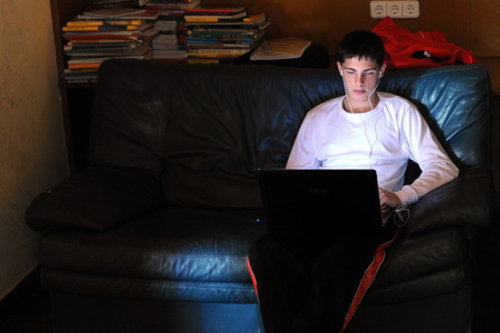 Here are all the details of how to ask your question about the Dolphins, the NFL, or whatever else you feel like mailing in.

With that designation, the Dolphins were free to release the players, and they were free to sign with new teams, but their 2013 salary cap numbers would continue to be listed as if they were still with the team. Then, on June 2, the cuts would go into effect, and any dead money would be spread over two seasons, rather than fully loaded into this year. For Dansby and Burnett, that is a huge difference.

Yes, it's a little confusing. A June 1st cut designation means the player will be released after June 1 - or on June 2. Here's the pertinent section from the Collective Bargaining Agreement (bold added for emphasis):

Article 13, Section 6 (b) (ii) Acceleration.
(1) For any player removed from the Team's roster, or whose Contract is assigned to another Club via waivers or trade, on or before June 1 in any League Year prior to the Final League Year, or at any time during the Final League Year, any unamortized signing bonus amounts will be included in Team Salary for such League Year, except that for each League Year preceding the Final League Year, each Club may designate up to two Player Contracts that, if terminated on or prior to June 1 and if not renegotiated after the last regular season game of the prior League Year, shall be treated (except to the extent prescribed by Section 6(d) (iv) below) as if terminated on June 2, i.e., the Salary Cap charge for each such contract will remain in the Club's Team Salary until June 2, at which time its Paragraph 5 Salary and any unearned LTBE incentives will no longer be counted and any unamortized signing bonus will be treated as set forth in Subsection (2) below. If acceleration puts a Team over the Salary Cap, the Team will have seven days to conform with the Salary Cap, but may not sign any players until there is Room to do so under the Salary Cap.

Other than the fully guaranteed franchise tag on Randy Starks ($8.45 million), Dansby had the highest cap number on the roster. However, as a June 1 designated cut, Dansby's $8.375 million cap number becomes a $2.325 million number this year, with an additional $2.325 million in dead money next year.

Burnett, meanwhile, was expected to make $5.6 million this season. With his release, just the $1.25 million signing bonus will be charged this season, with an additional $1.25 million next year.

Doing the math, the Dolphins will see a savings of $6.05 million from the release of Dansby, and $4.35 million from Burnett, now that we have reached the June 2 mark. Essentially, because the calendar moved, the Dolphins picked up $10.4 million in salary cap space.

As of yesterday, Miami's salary cap space was $7,066,997, according to the NFL Players Association report. Today, that number should move to somewhere around $17 million (accounting for the additional two players that will come onto the top 51 salary cap calculation, with Dansby and Burnett falling off).

Ultimately, today was a good day for the Dolphins, simply because the calendar reads June 2.