Over the course of the offseason, we will take an in-depth look at every member of the Miami Dolphins' roster. All 90 players will be spotlighted, with the goal being to complete the look before the team's first preseason game (49 days from today). Today, we look at guard John Jerry.

We are currently making our way through the Miami Dolphins' 90-man offseason roster, breaking down last season for each player, as well as what could happen this year. Today, we continue today with a look at guard John Jerry. 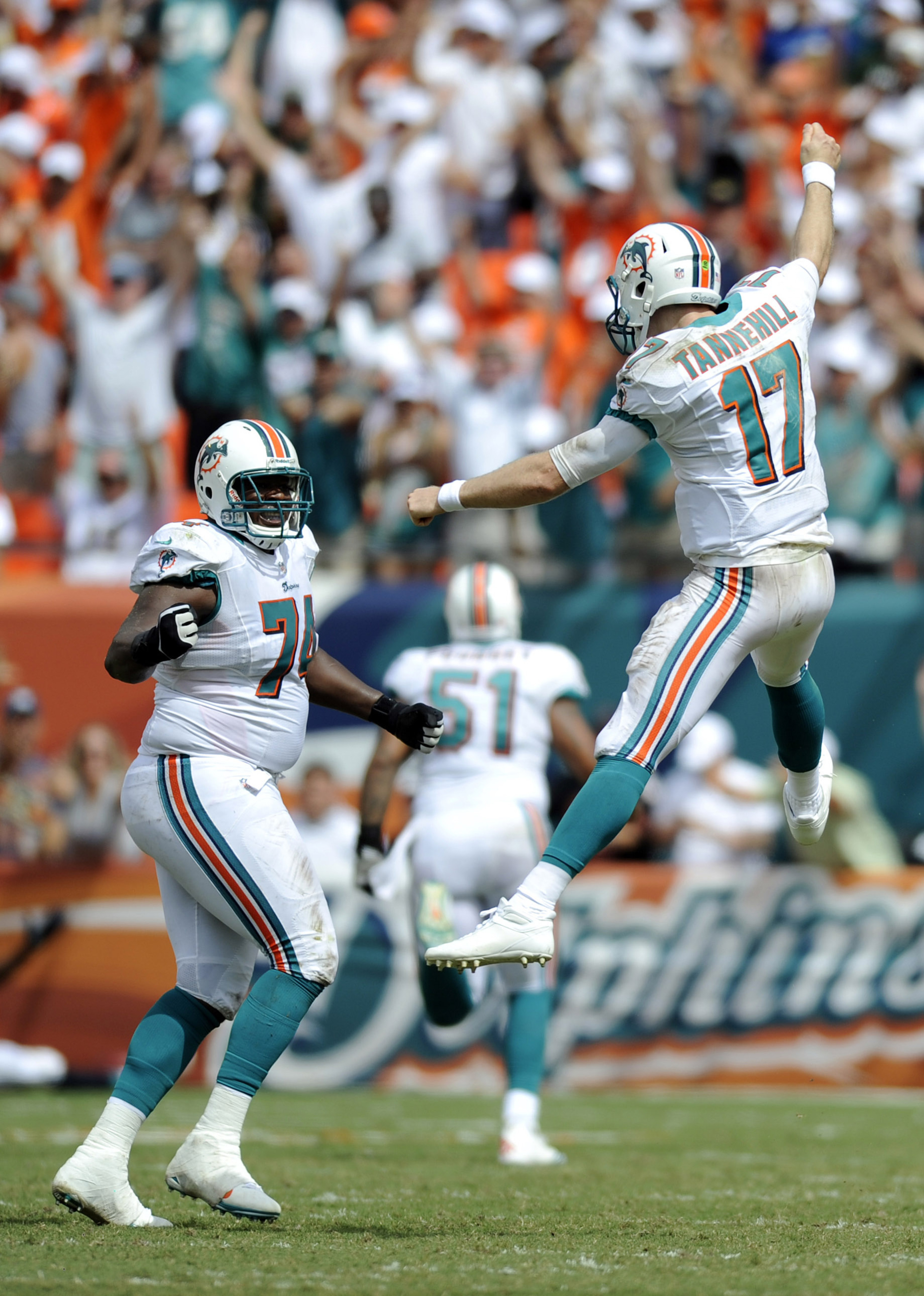 The 2012 season did not start overly well for Jerry. In fact, it started pretty badly. He showed up to camp overweight and out of shape. Jerry was demoted, with Artis Hicks and Eric Steinbach brought in to replace him. Instead, Hicks got injured and Steinbach had to retire when his body just could not respond to the workouts. Jerry was back into the starting lineup simply because there was no one else to take it.

After a grueling set of workouts from offensive line coach Jim Turner (which we got to see thanks to Hard Knocks), Jerry did lose the excess weight and got ready for the season. He actually performed well against the pass during the year, only allowing two sacks and three quarterback hits.

However, his run blocking was horrible. Jerry just could not move like the zone blocking scheme wanted, and the team could not run behind him.

Overall, Jerry was not bad in 2012, but he was not good either. He effectively held down the right guard spot, but there is a reason the team went out and signed Lance Louis this offseason.

From all reports, Jerry came into the offseason training program in much better shape. There were reports that he looked "big" again, but no one seemed to say that Jerry was "overweight." The team would like him playing in the 340 pound range, and he is currently listed on the team's roster as 345, so he is way ahead of his 2012 reporting.

Jerry has spent the entire OTA/minicamp program back as the starting right guard, and has a better idea of what the team wants this year so he should be better prepared to provide it.

Weight and Louis. Jerry has never been light - from playing as a kid through now, he's always battled weight issues. He now has a month with no supervision. He has to be disciplined and show up to training camp in shape and ready to play from day one. If he is going to get better in run blocking, he probably needs to be less than that 340 mark, so he is going to have to workout during this down time.

And, Louis is going to be medically cleared to play at some point, after tearing his ACL in November. Once he is, he should challenge Jerry for the starting role. Jerry may not be able to fight off the veteran free agent signing.

Jerry will probably be on the roster, assuming he does not come into camp well over 340-345 pounds. His starting spot is completely another story. If Louis is able to get medically cleared early in the training camp process, it could mean bad things for Jerry. If it takes longer before Louis to get ready, or he ends up on the Physically Unable to Perform list, could retain the starting position.

But again, it all comes down to his weight. Jerry could end up anywhere from starting to cut, all based on how heavy he is come July.