Over the course of the offseason, we will take an in-depth look at every member of the Miami Dolphins' roster. All 90 players will be spotlighted, with the goal being to complete the look before the team's first preseason game (49 days from today). Today, we look at wide receiver Brian Hartline

We are currently making our way through the Miami Dolphins' 90-man offseason roster, breaking down last season for each player, as well as what could happen this year. Today, we continue today with a look at wide receiver Brian Hartline. 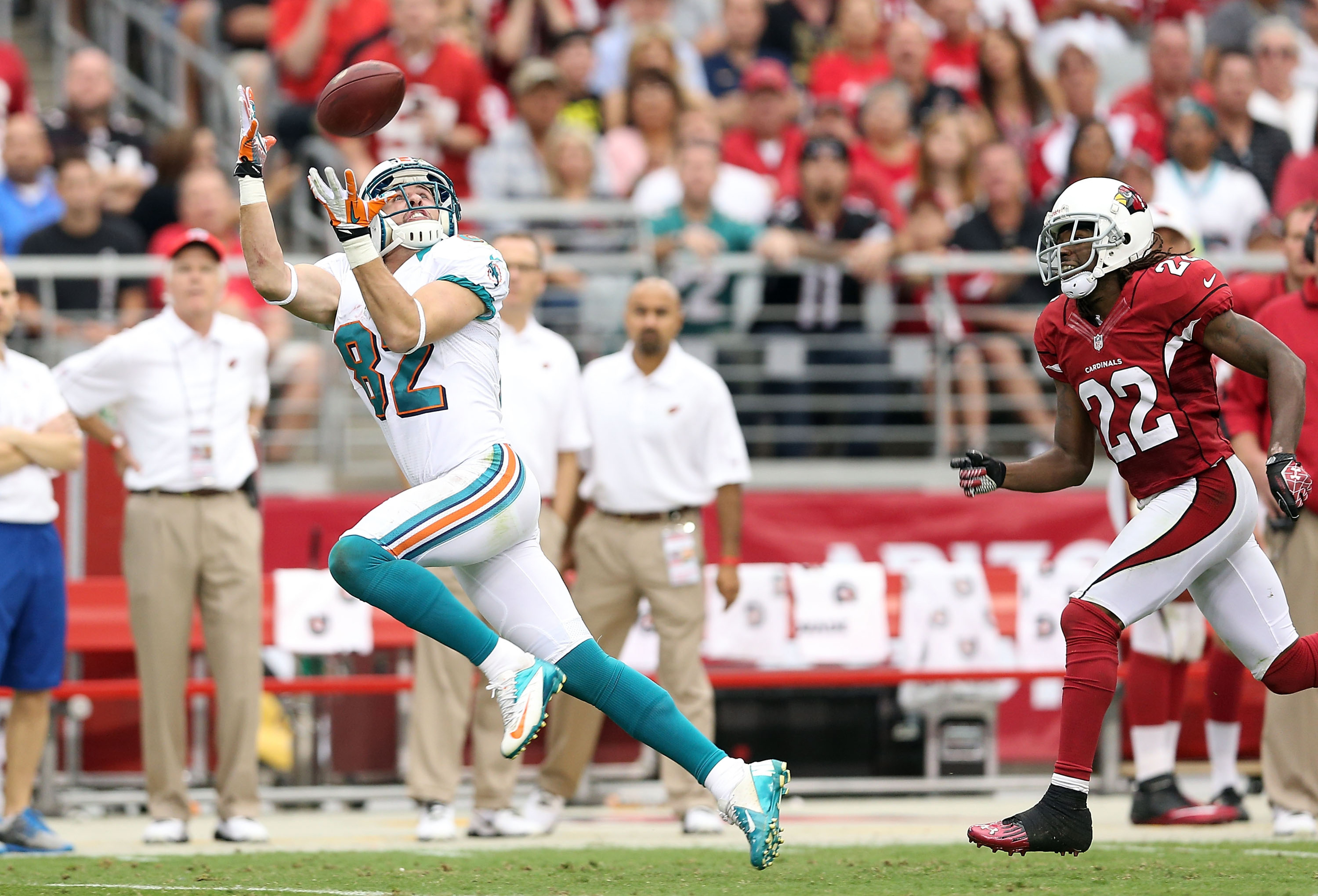 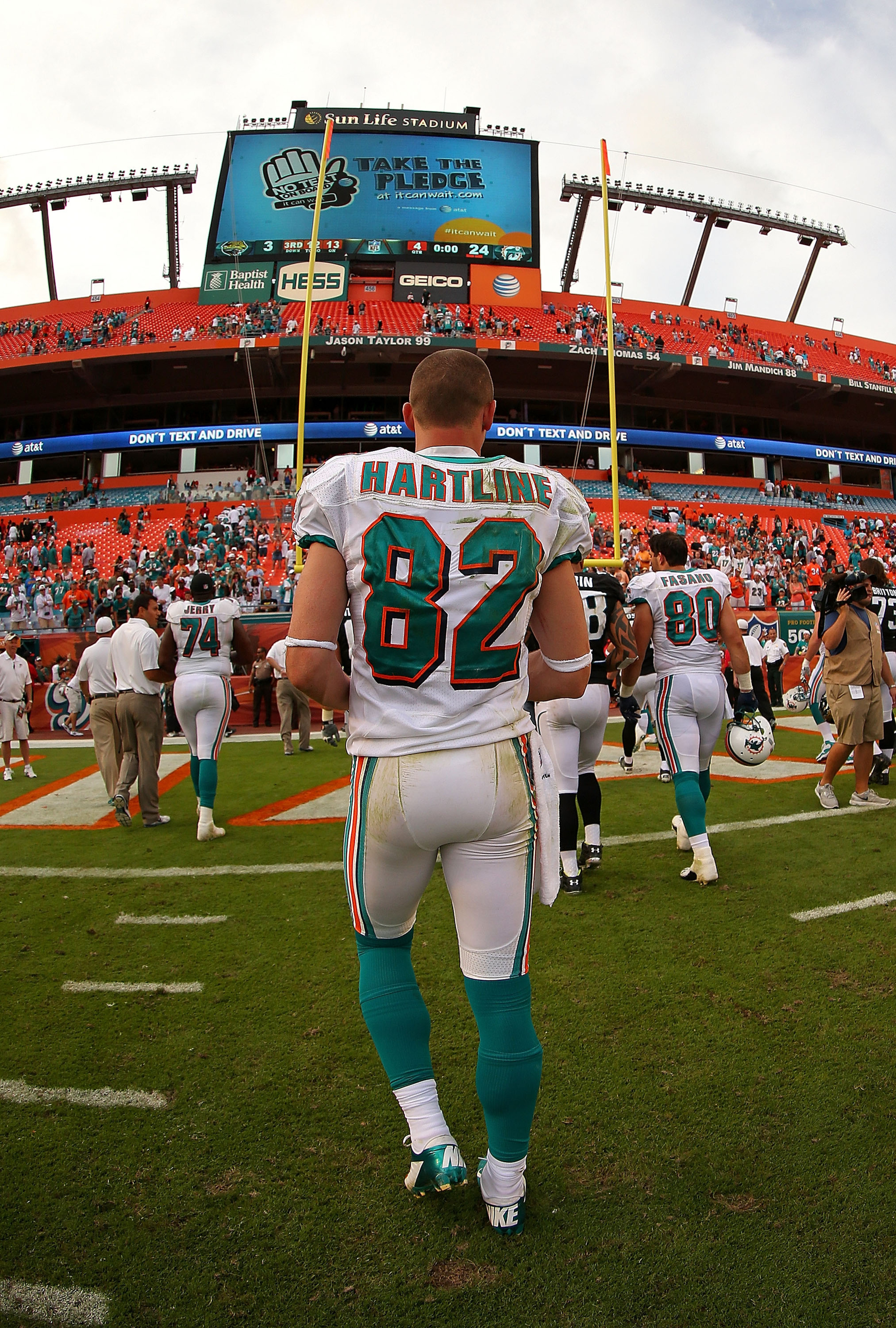 To understand the 2012 season Hartline had, and its impact on the Dolphins' year, all you have to do is look at his contract. The 2012 season marked the final year of his rookie deal, with an average salary over the four years of $563,744. Miami re-signed Hartline this offseason to a five year contract, averaging $6,155,000 per season.

That's what Hartline meant to the team in 2012.

He was the passing game. No one stepped up to become the third receiving option throughout the season, and the second option, Davone Bess, missed a quarter of the year due to injury. Hartline was the only option out there every week for Ryan Tannehill from the wide receivers, and he did well.

Hartline was just the eighth different receiver in Dolphins history to tally a 1,000 yard receiving season.

His performance in Week 4 at the Arizona Cardinals was ridiculous, as he caught 12 passes and set a franchise record with 253 receiving yards, including an 80-yard touchdown reception.

However, that was his only touchdown on the season. After the numbers Hartline put up against the Cardinals, teams started shifting their coverage onto Hartline, which had a big impact on him the rest of the year. In the redzone, the team simply had to stop looking at him, with Tannehill finding tight ends Anthony Fasano and Charles Clay, and running backs like Reggie Bush, more attractive options.

All-in-all, Hartline proved he has the ability to be a major factor in the Miami offense, but also proved the team needed more help at wide receiver.

The Dolphins went out this year and got Hartline that help. While Bess has been traded to the Cleveland Browns, Miami added Mike Wallace and Brandon Gibson, as well as Dustin Keller at tight end, to try to open up the passing game.

With Wallace demanding double coverage, the field should open up for Hartline, who will also have added benefit of being the one starting receiver with whom Tannehill has experience already.

The Dolphins look to be more of a pass first offense this year, and Hartline should benefit from that. he fits exactly what Miami wants, with a versatile receiver who can run any route from any location along the line of scrimmage. He should be a big part of the offense in 2013.

It really comes down to whether or not 2012 was a one-hit wonder for Hartline. Things are set up for him to succeed, and nothing seems to say he is not capable of continuing to play like 2013. His stats may go down, as the ball is spread around more, but that should not be the mark of "regression."

There is no chance Hartline does not make the roster. The team wanted him back, and they paid him to make sure they got him back. His $12.5 million in dead money is enough to keep him on the roster, but it is not the only reason the team will keep Hartline. He will be a starting receiver, opposite Wallace, and will be a big portion of the offense.