Over the course of the offseason, we will take an in-depth look at every member of the Miami Dolphins' roster. All 90 players will be spotlighted, with the goal being to complete the look before the team's first preseason game (50 days from today). Today, we look at cornerback Don Jones.

We are currently making our way through the Miami Dolphins' 90-man offseason roster, breaking down last season for each player, as well as what could happen this year. After a couple of days without a breakdown, we continue today with a look at cornerback Don Jones. 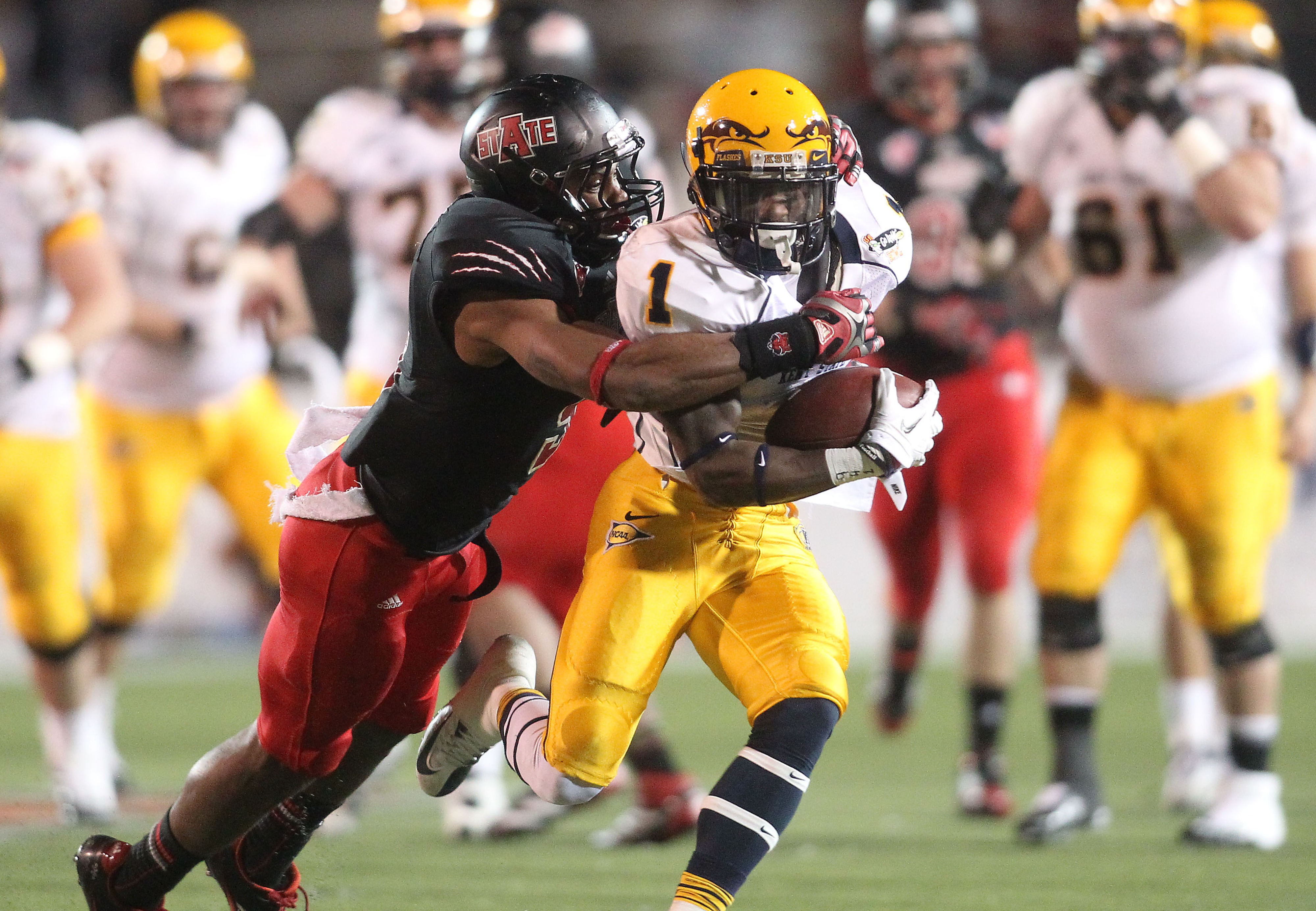 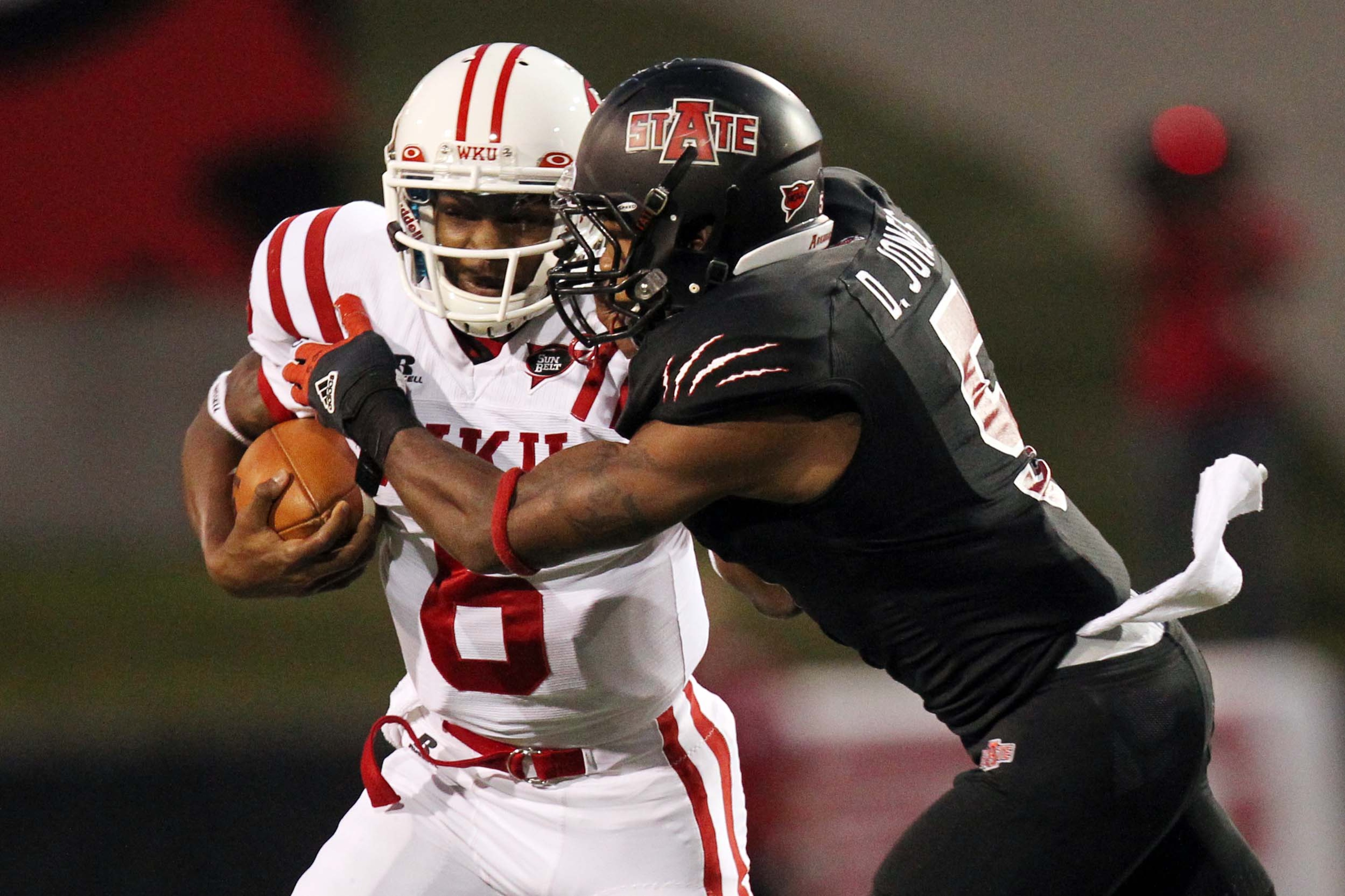 Jones was a high school sprinter, and played running back, a position he first played in college. As a freshman in 2008, he redshirted, before playing the 2009 season for Arkansas State, as a running back. In 2010, Jones played at Mississippi Gulf Coast Community College before moving back to Arkansas State where he made the move to defensive back in 2011. As a senior, Jones served as the starting strong safety. He demonstrated the versatility to play cornerback, nickel back, and safety over his final two years.

During his Pro Day, Jones ran a 4.40 second 40-yard dash and a 42 inch vertical leap, catching the eye of many draft analysts. Gil Brandt of NFL.com called Jones the "fifth or sixth" defensive back for the draft, and specifically mentioned just one team as being at the Pro Day - the Miami Dolphins.

Jones was the third defensive back drafted by the Dolphins, with the team selecting him in the seventh round back in April.

Jones' 2013 campaign may be all about development. He's still raw, having only played defensive back for two years, but his speed and vertical leap make him intriguing. The Dolphins clearly want to rework the secondary, and they like Jones, having watched him at his Pro Day and conducted a private workout with him.

Making the roster, or at least sticking with the practice squad for the entire year, should be seen as a good improvement year for Jones.

Kevin Coyle's defense is designed to make cornerbacks find success. Jones should be able to take advantage of that.

He is extremely raw, and, while he has the versatility to play boundary or nickel back, as well as safety, he may be stuck between positions at this point, with it unclear if he is a cornerback or a safety. As a seventh round pick, there is not a lot of wiggle room for Jones in which to make mistakes. He has to impress early, or he may not even get a chance to develop.

Jones will make the roster if he proves he can play special teams. He started the team's offseason program as a cornerback, but, over the course of the three day minicamp, seems to have been moved back to safety. That could be a good sign, meaning the team has decided where his skills best fit, and will concentrate him on development as a safety; it could also be a bad sign, given the Dolphins are already deep at safety, with starters Reshad Jones and Chris Clemons, as well as reserves Jimmy Wilson and Kelcie McCray.

Jones' best bet could be to spend 2013 on the practice squad while getting ready to take over as a primary reserve in 2014, if the team does not re-sign Clemons after the year.