Over the course of the offseason, we will take an in-depth look at every member of the Miami Dolphins' roster. All 90 players will be spotlighted, with the goal being to complete the look before the team's first preseason game (53 days from today). Today, we look at tight end Dustin Keller.

We are currently making our way through the Miami Dolphins' 90-man offseason roster, breaking down last season for each player, as well as what could happen this year. We continue today with a look at tight end Dustin Keller. 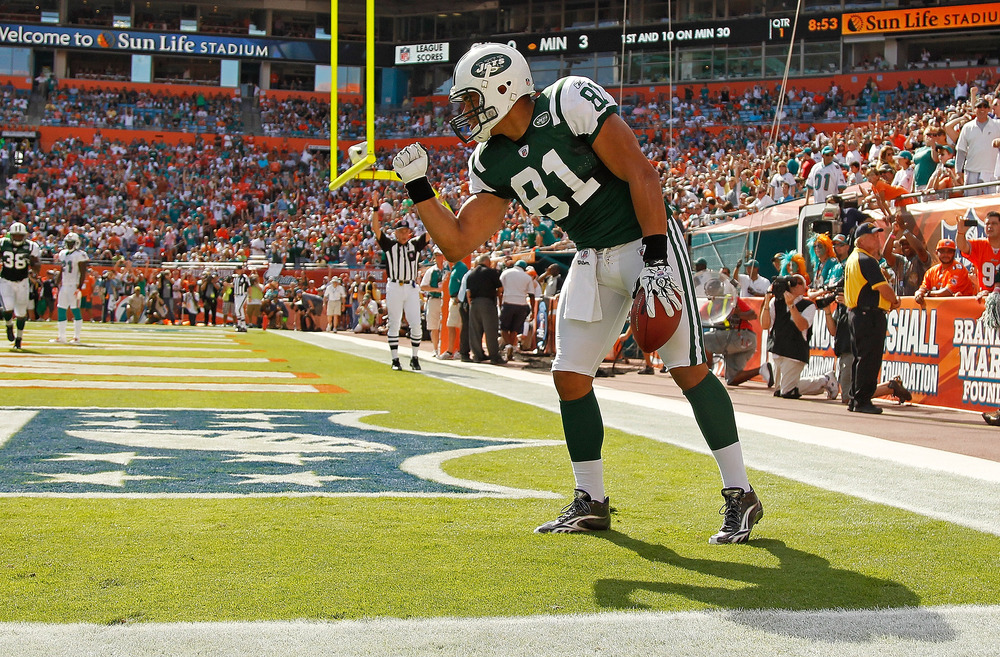 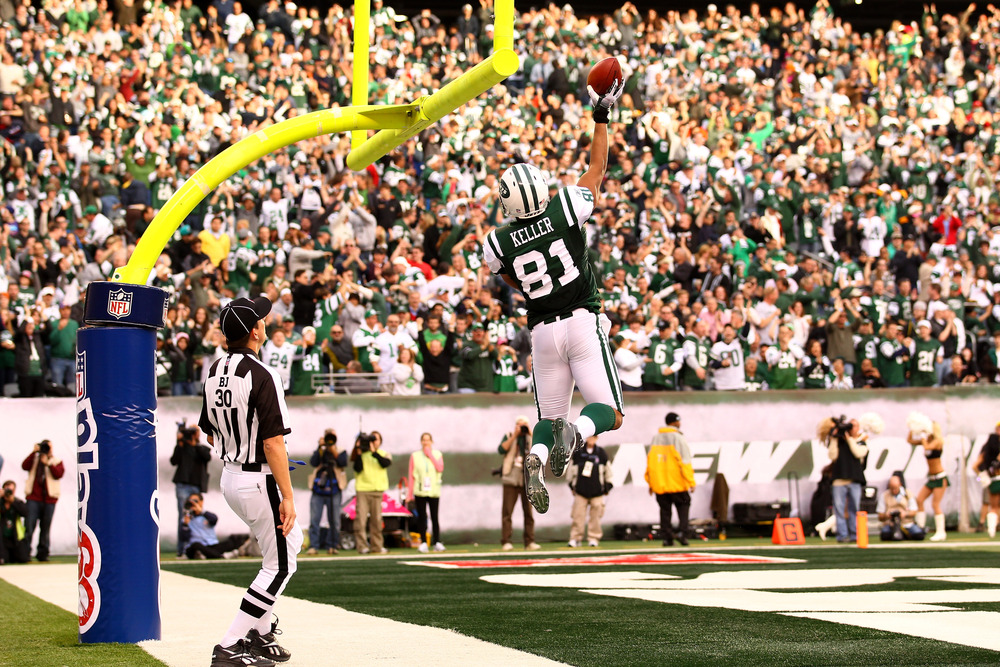 Keller has been one of New York Jets quarterback Mark Sanchez' favorite targets during their playing time together, but now moves to the Dolphins. Keller had a rough 2012 season, spending most of the season on the inactive list come game day, thanks to a hamstring that bothered him throughout the early half of the season and an ankle injury suffered in Week 13 against the Arizona Cardinals.

When he is healthy, Keller has proven to be a pass catching threat out of the tight end position, and someone who Sanchez could depend upon every game. Last season marked the first time Keller had missed a game in his five year career, and, unfortunately, it was eight of them.

Being healthy will be the key to Keller's 2013 campaign. If he is back to his 2011 form, he will be a weapon that Ryan Tannehill will happily use.

The Dolphins have been looking for the dynamic, seam threatening tight end for several years, and Keller should fill that role. While Anthony Fasano led the team in touchdown receptions last year, and is a very good all-around tight end, he was never going to be the weapon the Dolphins wanted. Now, with Keller, the team hopes to have the answer over the middle, and will feed him the ball often unless he proves he's not capable.

Finally, this is, again, a contract year for Keller. He has stated he was offered a multi-year contract, from both Miami and the Jets, but turned it down for the one year deal he received from the Dolphins, knowing he will be able to get more in free agency next year. Keller is gambling on himself this season, and that could be exactly why he improves.

It's hard to regress from what he did in 2012. Missing half the season due to multiple injuries is bad. How healthy he is this season will determine how he performs. If he is not ready for the season, or if the injury bug jumps up again, it could be a long year for Keller.

Keller is the top tight end on the depth chart, and is a guarantee to make the roster. The interesting question would be how likely he is to make the 53-man roster in 2014. Will the Dolphins re-sign Keller after the season? Will Charles Clay or Michael Egnew make Keller expendable? Those are the questions that will have to be answered this season.