Over the course of the offseason, we will take an in-depth look at every member of the Miami Dolphins' roster. All 90 players will be spotlighted, with the goal being to complete the look before the team's first preseason game (55 days from today). Today, we look at defensive tackle Kheeston Randall.

We are currently making our way through the Miami Dolphins' 90-man offseason roster, breaking down last season for each player, as well as what could happen this year. We continue today with a look at defensive tackle Kheeston Randall. 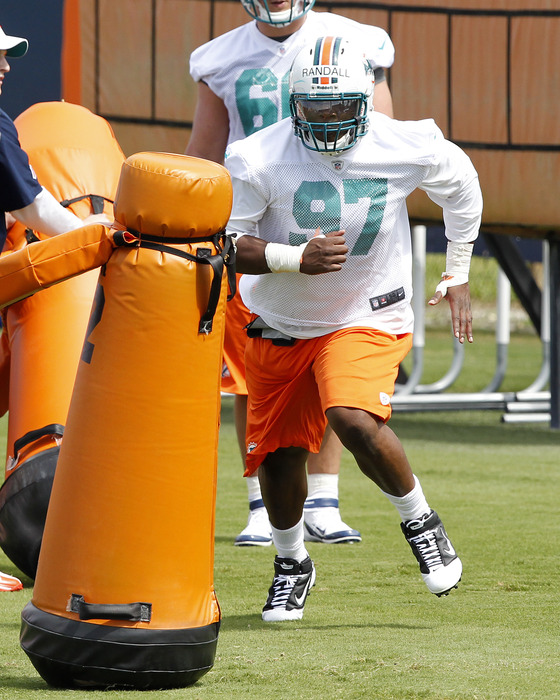 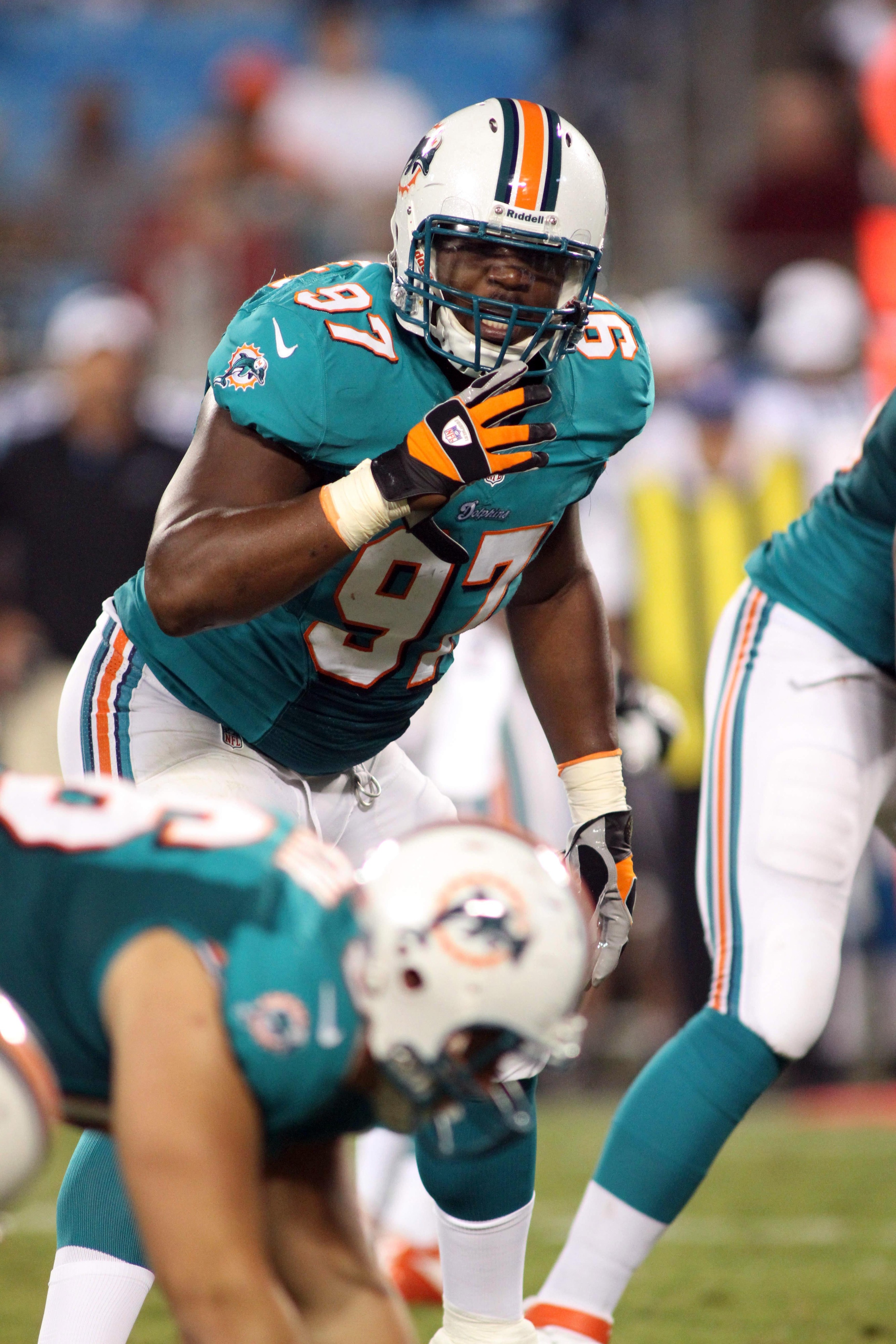 Randall was a surprise find for the Dolphins in the seventh round of last year's draft. Not a lot is expected out of someone drafted that late, but Randall did not fit the mold. He came into training camp last year, and earned his way onto the roster. Then, he continued to impress, working his way into 10 contests.

Listed as 6'5", 309 pounds, according to the Dolphins' official website, Randall worked well in the rotation last year, spelling Pro Bowl defensive tackles Paul Soliai (2011) and Randy Starks (2010 and 2012). While he is still a raw player who continues to develop, Randall was a good depth player for the team in 2012.

Randall appears to be the heir apparent for the Dolphins' starting defensive tackle position, given both Starks and Soliai are scheduled to be free agents next year. He should get plenty of snaps in training camp and in the preseason games, with this being the year to determine if Miami really does have their next starting tackle, or if they need to re-sign at least one of the two starters.

Coming out of college, Randall was seen as a versatile defensive lineman, able to play every position on the line, from nose tackle to defensive end. While at Texas, he played nose tackle, where he was asked to plug the hole and take on multiple blockers, freeing the defensive ends and linebackers to attack the quarterback. Given that's exactly what the Dolphins ask Soliai to do, Randall should be able to fit into the Miami defensive scheme perfectly.

He was a seventh round pick for a reason. He's raw and still needs time to develop. As with other players in our breakdown, showing flashes of potential last year does not necessarily mean he will continue that this year.

Randall could also be faced with losing snaps this year. Besides Soliai and Starks, Miami also has the newly sign Vaughn Martin, along with rookies A.J. Francis and Chris Burnette, and the defensive tackle position is becoming crowded. Now, add in the fact that, with Starks skipping all of the optional Organized Team Activities these past few weeks, it was defensive end Jared Odrick who slid inside (playing his college position) as the starting defensive tackle next to Soliai, rather than Randall moving up the depth chart.

Odds are probably in favor of Randall making the roster, given his performance as a raw, seventh round pick last year. However, if the team decides to permanently move Odrick to tackle, and Martin makes the roster, there could suddenly be no roster spot available for Randall. With no practice squad eligibility remaining, Randall has to show that he is developing as expected this season to keep a hold of that roster spot.