Over the course of the offseason, we will take an in-depth look at every member of the Miami Dolphins' roster. All 90 players will be spotlighted, with the goal being to complete the look before the team's first preseason game (65 days from today). Today, we look at kicker Dan Carpenter.

We are currently making our way through the Miami Dolphins' 90-man offseason roster, breaking down last season for each player, as well as what could happen this year. We continue that today with a look at kicker Dan Carpenter. 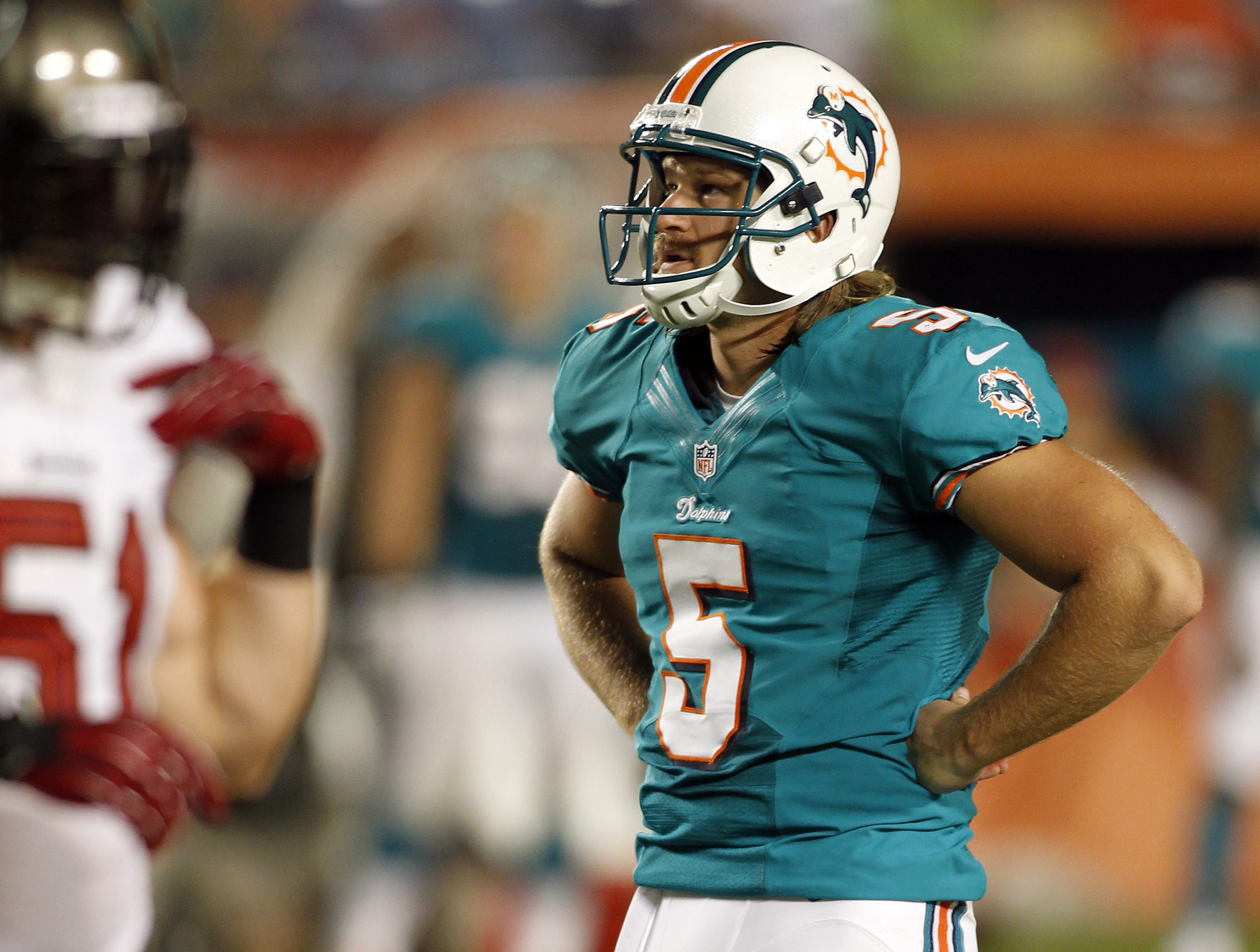 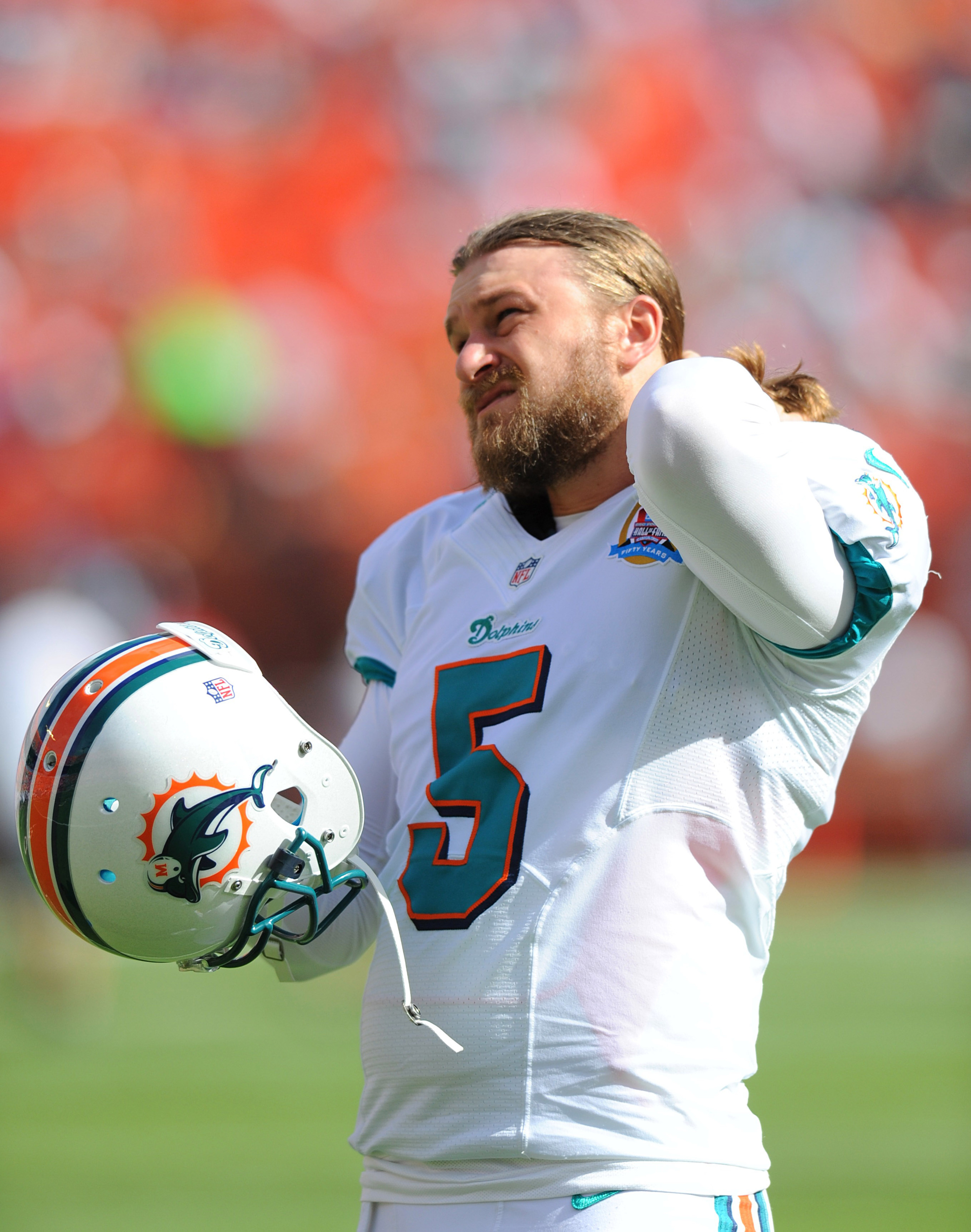 Carpenter did not live up to his DC$ moniker in 2012. His 81.5% field goal percentage was the second lowest in his five year career, and he was 11 points lower than his rookie points total, with 2012 being the only season in which he did not score at least 100 points.

Things got bad for Carpenter early this past season, as he missed potential game winning kicks in two straight contests, Week 3 against the New York Jets and Week 4 at the Arizona Cardinals. Suddenly, Carpenter looked like five years of NFL kicking may have caught up to his leg.

To be fair, Carpenter only missed one kick, extra point or field goal, after Week 5 of the season, including two 50+ yarders, and seven kicks from 40-49 yards. Things seemed to come back together for the former Pro Bowl kicker, but the missed kicks early in the season could have been the difference between how the season ended, with Miami out of the playoffs and below .500, or a Wildcard Playoff team.

Last season, Carpenter did not have any competition for his position. This year he does. Miami selected Caleb Sturgis in the fifth round of the Draft back in April, and are set to release the loser of a training camp battle. That challenge to his job could be enough to get Carpenter back on track.

There is no regress for Carpenter in 2013. He had his regression year last season. If there is any chance that trend continues this year, he will not be with the Dolphins.

Carpenter beat out incumbent Dolphins kicker Jay Feeley in 2008 to earn his roster slot, coming to Miami as an undrafted free agent. Now, he is facing the other side of that battle. He sees the writing on the wall. The roster spot is likely Sturgis', unless Carpenter destroys him in training camp. Sturgis is cheaper against the salary cap, is younger and will be with the team longer, and, maybe most importantly, was a draft pick. Teams do not typically draft a kicker unless he is going to make the roster.

Carpenter's roster spot is in peril at best this preseason.