Dolphins rookies: Who will have the biggest impact?

The 2013 Miami Dolphins' rookie class includes several players who could have big impacts on the season. Which one will have the biggest?

Share All sharing options for: Dolphins rookies: Who will have the biggest impact?

The Miami Dolphins have come away with a potentially dominating 2013 Draft class. Many players in the draft class could have highly successful rookie campaigns, but which one will have the biggest impact?

Mel Kiper's Grades for Dolphins drafts through the years 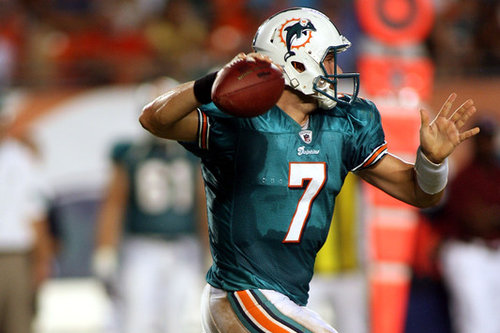 Mel Kiper gave the Dolphins' 2013 draft class a B- this year. To get an idea of how accurate he has been over the years, here's a look back over the past 5 draft class grades.

In the first round, the Dolphins traded up to grab Oregon defensive end Dion Jordan. Jordan will likely spend most of the season as a situational pass rusher, and could see time as an outside linebacker as well. Could he be the biggest rookie force for Miami?

The second round saw Miami select Boise State cornerback Jamar Taylor. He should come into the preseason fighting for a starting position, and could end up being the Dolphins top corner. But will he? Will he be the top rookie for the Dolphins?

During the third round Miami picked offensive lineman Dallas Thomas from Tennessee and Utah cornerback Will Davis. Will Thomas work his way into the starting lineup for the Dolphins? Can Davis jump over Taylor in the cornerback race? Can either of them be Miami's rookie of the year?

The fourth round also had Miami select two players, this time Florida linebacker Jelani Jenkins and tight end Dion Sims from Michigan State. While they are likely to be second string guys to start training camp, could either one of them become the surprise of the season for the Dolphins?

For the third round in a row, the Dolphins made two picks during the fifth round. First, they snagged Florida running back Mike Gillislee. Then, they continued their Florida run with kicker Caleb Sturgis.

Finally, in the seventh round, Miami selected Arkansas State safety/cornerback Don Jones. Could one of Miami's final three picks be the right selection for the best rookie question?

Or, could it come out of the undrafted free agent group? Here's that list:

So, who is it? Who will be the top performing rookie for Miami this season?