This Day in Dolphins History: May 6

The Miami Dolphins have a rich history, full of big events and tradition. Here's a look at what happened on this day in team history - May 6.

Share All sharing options for: This Day in Dolphins History: May 6

The Miami Dolphins' history is not relegated to just in season events. As such, we will take soem quick looks at major happenings around the history of the Dolphins. 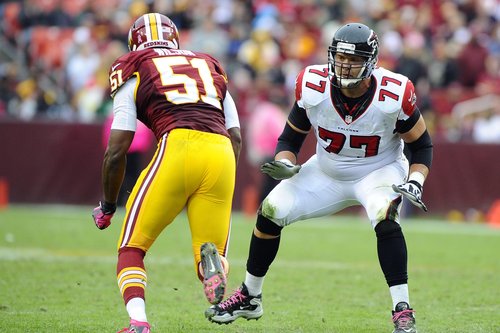 In 1965, a group of investors in Atlanta, Georgia applied to the AFL and the NFL for a professional football franchise. Worried that the AFL would grant the expansion team before the NFL could, NFL Commissioner Pete Rozelle forced the city to chose one league, which of course ended up being the NFL.

Now with the initial steps in place for an expansion franchise, the AFL looked to lawyer Joseph Robbie and actor Danny Thomas to own the new team. Robbie planned to put the team in Philadelphia before the AFL Commissioner suggested he try to get Miami's approval to use the Orange Bowl.

On May 6, 1965, Robbie approached Miami Mayor Robert King High to see if an expansion AFL team would be allowed to use the Orange Bowl as their home stadium. By the end of the meeting, the mayor had agreed to invite the AFL to Miami, ultimately leading to the expansion franchise to be awarded to Robbie and Thomas and headquartered in Miami.

Born in Toledo, Ohio and a graduate of Ohio State university, Rick Weaver was the voice of the Miami Dolphins starting in 1971. He served as the team's primary play-by-play man throughout the team's 1970's Super Bowl runs, the 1980's introduction of Dan Marino, and into the 1990s. He called four Super Bowls for the Dolphins.

Of Weaver, former Dolphins quarterback and Hall of Fame inductee Bob Griese stated, "He was the ultimate play-by-play guy. He was a homer. He never said a negative thing as far as I'm concerned, and he was a Dolphin through and through."

On May 6, 1994, after 23 years with the club, Weaver announced his retirement from broadcasting during the Dolphins' annual awards dinner. During his career, Weaver was presented the Florida Sportscaster of the Year award 10 times, and was an honorary member of the team's 25th Anniversary team.

Weaver died in 2000 from colon cancer.