The Miami Dolphins' quest to win public funding for a series of upgrades to Sun Life Stadium found an unceremonious death on Friday, when the State House of Representatives failed to even take a vote on the measure. Supporters see former Philadelphia Eagles owner Norman Braman behind the move.

Share All sharing options for: Dolphins Stadium deal dead because of Norman Braman? Supporters think so

On Friday night, the Florida State House of Representatives sounded the death knell for the Miami Dolphins' stadium financing request. The team, who had been asking for public funding to assist in the renovation of Sun Life Stadium, ultimately making the 26-year old stadium competitive for Super Bowl and NCAA Championship games among the influx of brand news football stadiums around the country, could only stand by as the House did nothing. The Speaker of the House, Will Weatherford, failed to even bring the bill to the floor of his chamber, despite the Senate having already passed the bill.

Now, with the Legislature having reached the end of their session, the Dolphins are left heading into the May 22 NFL Owners Meeting, which will award 2016's Super Bowl L and 2017's Super Bowl LI, facing a stadium that does not open for another year (the San Francisco 49ers' new stadium in Santa Clara) and an eleven year old site (the Houston Texans' Reliant Stadium). Add in the league's request that the Dolphins' home site add at least a canopy over the seating area to protect fans from inclement weather, high definition lighting, and improved replay boards, before they will truly consider the site for Super Bowls again, and the outcome on May 22 may as well have already been announced. 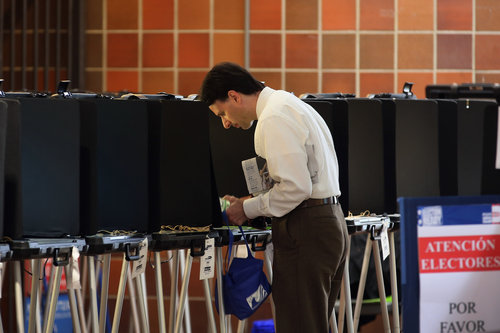 Congratulations to the San Francisco 49ers and their new stadium in Santa Clara, California. With the failure to even allow the bill to come to the floor for a vote, the Florida House of Representatives handed Super Bowl 50 to the new stadium being built in California. The move also gives Super Bowl 51 to Houston's Reliant Stadium.

Miami last hosted the Super Bowl in 2010, when it was handed the game as an alternate following the collapse of a project that would have built West Side Stadium in New York City. The last game that was awarded to Miami as the primary site was Super Bowl XLI in 2007, when a rain storm drenched the site (then called Dolphin Stadium), leading to the league's canopy request.

In his statement on the failure of the House of Representatives to act, Dolphins owner Stephen Ross stated, "The Speaker singlehandedly put the future of Super Bowls and other big events at risk for Miami Dade and for all of Florida. He put politics before the people and the 4,000 jobs this project would have created for Miami Dade, and that is just wrong."

He continued, "I can only assume he felt it was in his political interest to do so."

According to a Pro Football Talk report yesterday, there are several among the Dolphins' bill supporters who think the Speaker did exactly that.

Mike Florio writes, "The suspicion, we're told, is that Weatherford has statewide political aspirations, which will compel him to court voters in Miami-Dade County, and Hispanic voters generally."

And, that's where, according to the report, Weatherford may have made a political ally in former Philadelphia Eagles owner, and outspoken critic of the Dolphins' stadium deal, Norman Braman. Florio's sources allege Braman may have promised to assist Weatherford in getting the Hispanic and Miami-Dade votes he needs, should he decide to run for further office.

The suspicion, we're told, is that Weatherford has statewide political aspirations, which will compel him to court voters in Miami-Dade County, and Hispanic voters generally. -Mike Florio on Speaker Will Weatherford not allowing a vote on the Dolphins' funding bill

Braman has been against the idea of billionaires growing their private business using tax payer money, and, from nearly the moment Ross and Dolphins CEO Mike Dee announced the request, has made it his mission to see the public funding rejected. Now, rather than trust the citizens of Miami-Dade County to decide for themselves if their tax money should be used for the Dolphins, Braman, according to Florio's sources, may have made a backdoor deal to ensure the deal did not make it that far.

"He has been the recipient of tax credits from the state as well as city of Miami community redevelopment money invested directly into his dealership and his businesses, so obviously he doesn't have a problem with governments participating and partnering with business," Dee said last month. "So his issue with us must be personal or unique and set apart from his own practice."

Whatever the issue is, the "irrelevant" and "bitter man" (Dee's description of Braman) may have done enough to end any discussion of Miami renovating Sun Life Stadium. He may have also ended any talk of South Florida hosting any more Super Bowls.