Over the course of the offseason, we will take an in-depth look at every member of the Miami Dolphins' roster. All 90 players will be spotlighted, with the goal being to complete the look before the team's first preseason game (69 days from today). Today, we look at safety Kelcie McCray.

We are currently making our way through the Miami Dolphins' 90-man offseason roster, breaking down last season for each player, as well as what could happen this year. We continue that today with a look at safety Kelcie McCray. 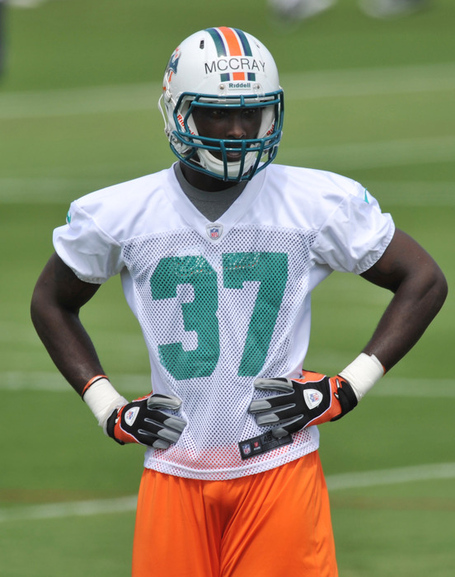 McCray's rookie season did not go as he would have hoped. Signed as an undrafted free agent out of Arkansas State, McCray came into training camp looking to impress. He showed flashes at times, and looked like he was going to earn a roster spot. He appeared in the first three preseason games for Miami, though he did not record a tackle. On August 27, however, the Dolphins placed McCray on injured reserve with a foot issue, ending his rookie season before it even began.

If he makes it to preseason week four this year, he is already improved on last year's performance. Whatever the case, the Dolphins seem to like the potential they see in McCray. The team left hi min injured reserve all season, rather than working out an injury settlement and releasing the safety. He should factor into the playing time at safety this year.

It is hard to regress from nothing, but it's the lack of football for a year that could be the biggest hurdle facing McCray. He is likely the fourth safety on the roster right now, but if he cannot stay healthy, or cannot get back into football shape, he could wind up on the wrong side of the cut line.

It is probably a little better than 50/50 on McCray. The coaching staff seems to like him, and are probably grooming him and Jimmy Wilson to fight for the starting spot next to Reshad Jones in 2014 after Chris Clemons only signed a one year contract this offseason.