A look back at the all time greatest jersey numbers in the Miami Dolphins history. The 9th best number in team history is...

Today we continue our countdown of the top ten numbers in Miami Dolphins history. Yesterday, we took a look at the number 91, worn by players like Jeff Cross, Vonnie Holliday, and, currently, Cameron Wake. Today, we move on to the ninth place number. 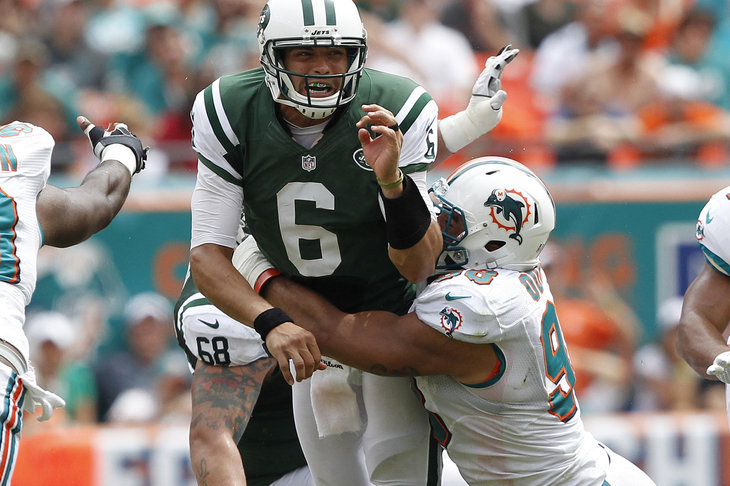 The ninth number in Dolphins history is 22, highlighted by Mercury Morris.

The number 22 first appeared in the Dolphins' inaugural season, with safety Willie West donning the jersey for three seasons. During his three years in Miami, West started 29 games, appearing in 34. He tallied 13 interceptions, eight of those in his Pro Bowl season in 1966.

West retired after the 1968 season, with running back Mercury Morris taking the number starting in 1969. Over his seven seasons with the Dolphins, Morris would appear in 86 games (39 starts) as part of a three headed rushing attack with Larry Csonka and Jim Kiick. Morris would make the Pro Bowls after the 1971, 1972, and 1973 seasons, serving as a kick returner as well as a running back for Miami.

Morris left the Dolphins after the 1975 season, after which, no one wore the number until 1979, when running back Tony Nathan took donned the jersey. As a rookie, Nathan was a First Team All Pro Selection as a kick and punt returner. He returned 28 punts for 306 yards (10.9 yards per return) with one touchdown, with 45 kickoffs returned for 1,016 yards (22.6 yards per return).

From 1989 to 2008, seven different players would wear the number 22, highlighted by a seven year stint from defensive back Shawn Wooden. Wooden joined the Dolphins in 1996 as a sixth round draft pick. He would play four seasons with Miami, before spending the 2000 season with the Chicago Bears. He returned in 2001 before retiring after the 2003 season. In his seven years as a Dolphin, Wooden appeared in 93 games, starting 35 times, and recorded five interceptions and 232 tackles.

After Wooden retired in 2008, no one wore 22 again until Reggie Bush joined Miami in 2011. Over two seasons with the Dolphins, Bush appeared in 31 games, starting all of them. He ran the ball 443 times for 2,072 yards with 12 touchdowns. He also caught 78 passes for 588 yards and three touchdowns.