Over the course of the offseason, we will take an in-depth look at every member of the Miami Dolphins' roster. All 90 players will be spotlighted, with the goal being to complete the look before the team's first preseason game (74 days from today). Today, we look at defensive end Jared Odrick.

Over the past few days, we have been taking a look at the Miami Dolphins' 90-man offseason roster. We continue that today with a look at defensive end Jared Odrick 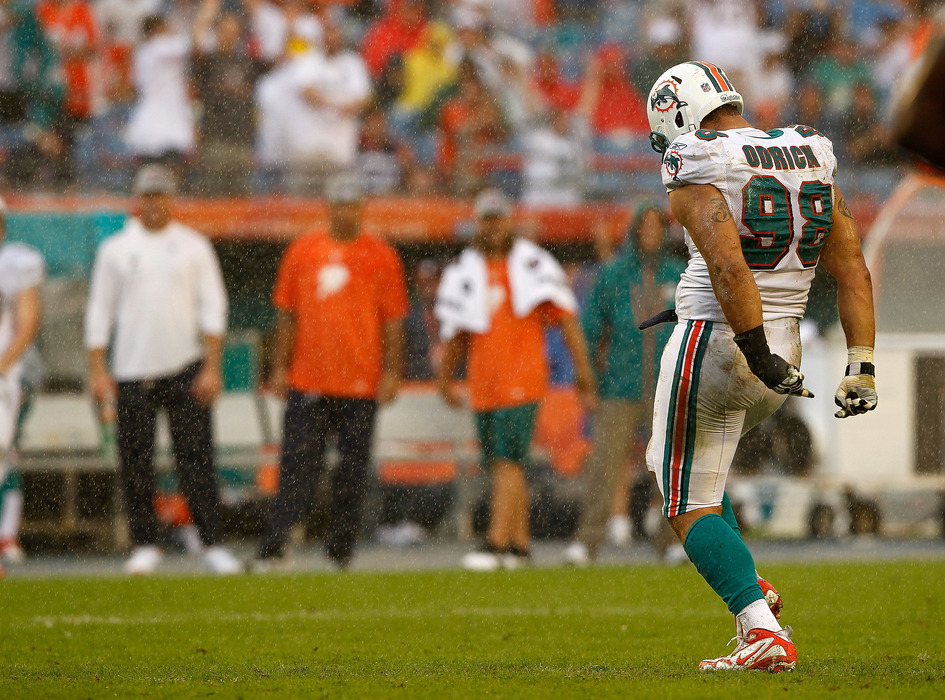 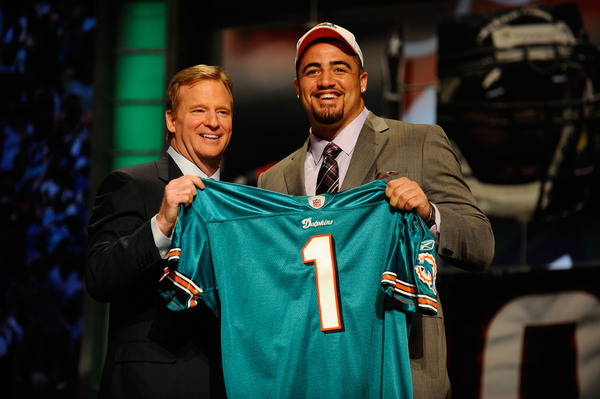 Miami's first round pick in 2010, Odrick has really been a player out of position for much of his time in Miami. In college, he played defensive tackle, but the Dolphins have been using him as a 4-3 defensive end, and he is starting to fit the position.

Odrick is not a prototypical pass rushing defensive end, but he sets the corner well, can get in after a quarterback, and is a good complimentary pass rusher. He's not someone who is going to put up massive sack totals, but he is able to help in the run game, and he can keep an offensive line honest.

Odrick started 12 games, playing in all 16 last season. He recorded five sacks and 35 tackles. He's someone who feels like he has been on the team forever, but really has only played for two years, appearing in just one game in 2010, breaking his foot and losing his entire rookie season.

This really is his third season, the year when players typically break out, after having to sit out his rookie year. That alone should have him poised to improve this year. He's also settling in as a defensive end now, losing weight over the offseason to be more agile and to get after the quarterback better.

Odrick will also have younger players pushing him this season, including Miami's third overall draft pick Dion Jordan. Second year players Olivier Vernon and Derrick Shelby should also be competing for playing time. If Odrick can use that as motivation, he could be in for the best year of his short career.

If Vernon, Shelby, or Jordan come out hot in the preseason, Odrick could very quickly see his playing time cut, or his role as the starter lost. The team could also look to return him to a defensive tackle, sitting a year behind Paul Soliai and Randy Starks, both of whom are expected to be free agents after this season, which would free up the log jam the team may soon have at defensive end.

The loss of the weight could also come back to haunt Odrick, if his speed does not increase, but his strength goes down.

Odd of making the 53-man roster:

Odrick is going to make the roster. He's not a member of the great draft pick purge from 2008 or 2009, so he's safe there for at least another year. His starting slot could be in jeopardy by the end of the year, and he may be facing a position change, but his spot on the 53-man roster is safe for now.