Over the course of the offseason, we will take an in-depth look at every member of the Miami Dolphins' roster. All 90 players will be spotlighted, with the goal being to complete the look before the team's first preseason game (75 days from today). Today, we look at linebacker Jason Trusnik.

The Miami Dolphins' begin their first Organized Team Activity today, as the team looks to prepare for the 2013 NFL season. Here on the Phinsider, we are getting to know the team better through a breakdown of all 90 players on the roster. This morning, we continue with a look at linebacker Jason Trusnik. 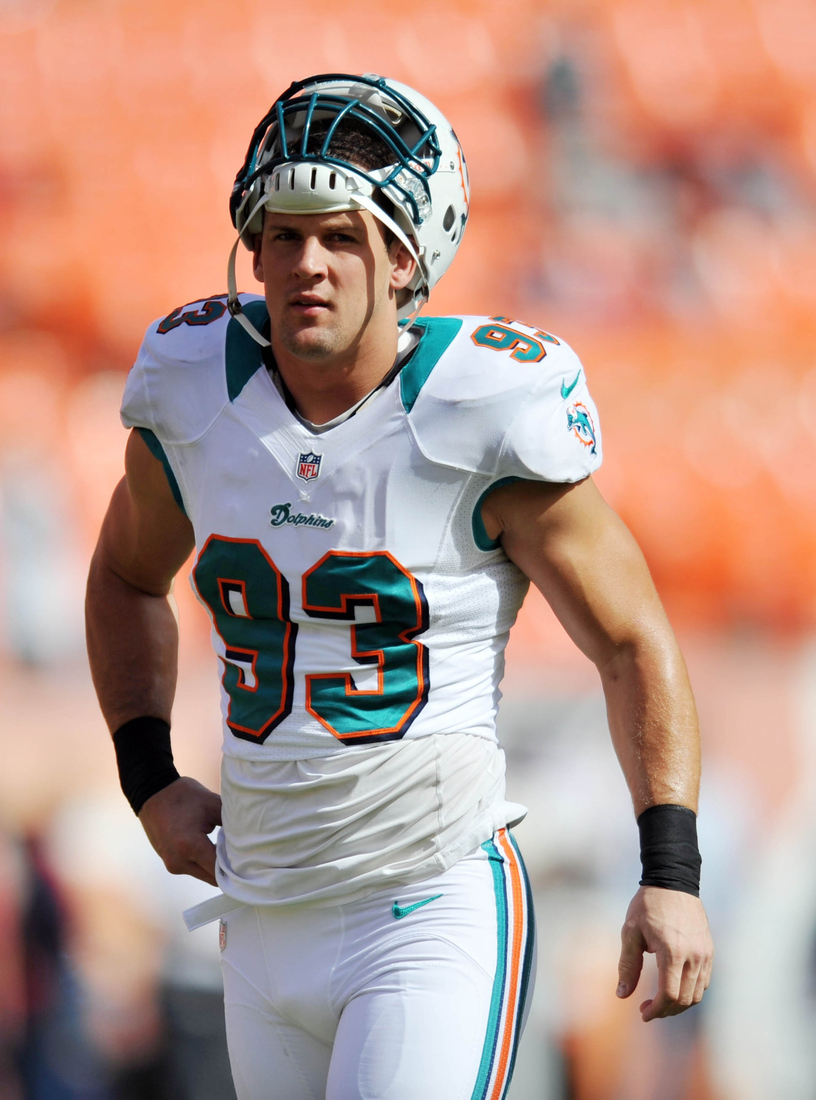 Trusnik served primarily as a reserve linebacker and a special team player in 2012. He appeared in all 16 games, recording two starts. tallying 13 tackles. He signed a two year contract extension worth $2.17 million in November.

Trusnik is never going to be a starting caliber linebacker, but that does not mean he will not have success. He's a solid depth player at linebacker and a special teams player. Every team needs some of those, and Trusnik fills the role perfectly.

He's 28 years old, and has a career total of 147 tackles over seven years. He's a career backup on a team looking to get younger and faster. He could see his playing time lessen throughout the season as Miami looks to get the younger players more experience.

Trusnik is a tough one to read. The team clearly likes him, signing him to the extension in November. But, cutting him would only cost $333,334 against the salary cap, a savings of $598,332 this season. With Dannell Ellerbe, Philip Wheeler, and Koa Misi slated to be the starting linebackers, and Jelani Jenkins, Josh Kaddu, Austin Spitler, Jonathan Freeny, David Hinds, Michael Clay, Alonzo Highsmith, and Lee Robinson all in the mix for the reserve slots, it is going to come down to special teams play in the preseason.

Trusnik is probably a 50/50 bet on making the roster right now. It really could go either way.