While the NFL releases their list of the top 100 players from 2012 in ten player segments each week, Pro Football Focus has already released their entire 101 player list. And, let's just say, it's a little different than the NFL's.

The NFL is currently in the middle of releasing their Top 100 Players of 2012 list, ranking each player based on a poll of all the players from the league. But, they are not the only outlet that releases a list of the top players. Last week, Pro Football Focus released their Top 101 Players list. Included on it are two Miami Dolphins players. 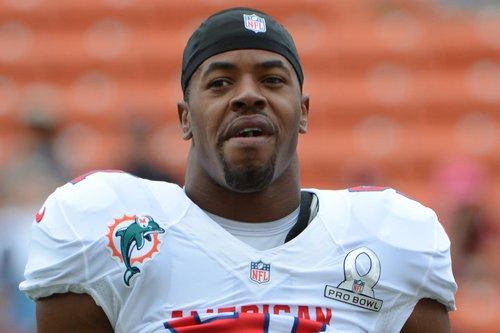 After being unranked in 2012, Miami Dolphins defensive end Cameron Wake returned to the NFL's Top 100 Players as voted upon by the players. Somehow, Wake's ranking is 89

Of Wake, who they ranked as their 16th best player a year ago, PFF wrote:

A player who just keeps making life difficult for the quarterback, Wake finished as our top-ranked 4-3 defensive end. It should be noted that Wake isn't just a one-dimensional player - a more-than-capable run defender, he's earned every dollar of that contract extension that has come his way.

Key Stat: His 86 quarterback disruptions were the joint most of any defensive player. 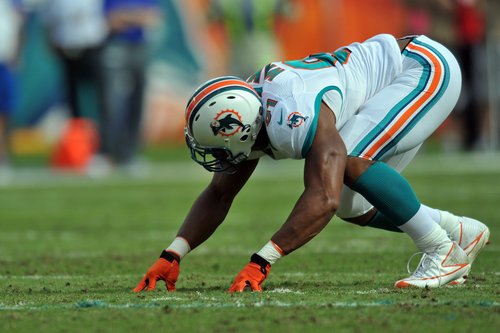 Pro Football Focus' Performance Based Value for the Miami Dolphins. Calculating the difference in a player's salary versus what their performance was, PFF lists the top ten undervalued and the bottom ten overpaid players for the team.

The second Dolphins player to crack the PFF rankings was safety Reshad Jones, who was unranked last year. This year, Jones jumps into the top half of the field, being ranked 48th. Of Jones, PFF wrote:

Entering a big year, Jones showed himself to be one of the most active safeties in the entire league with a knack for making plays all over the field. That saw him intercept four balls, deflect another four and pick up 21 defensive stops, while allowing only 19 receptions into his coverage all year. The 14 missed tackles weren't great, but his all-around display was enough to see him finish third overall in our safety rankings.

Key Stat: His 1.34% of coverage snaps allowed to be converted into first downs or touchdowns in his primary coverage was fifth-lowest of all safeties.

PFF only has two safeties ahead of Jones on the list, with the San Diego Chargers' Eric Weddle 15th and the Buffalo Bills' Jarius Byrd 25th.

Of the Dolphins' 2012 roster, those are two of the three players who probably deserve to be on a top 100 (or 101) list. The missing player is center Mike Pouncey, who has become one of the top centers in the league. However, PFF only had two centers (John Sullivan, Minnesota Vikings (26th) and Max Unger, Seattle Seahawks (35th)) on the list.

It will be interesting to see, as the NFL continues their countdown with Dolphins still, reportedly, on the list, where they put Jones and Pouncey, and how far off the NFL players are from PFF's rankings.