The Miami Dolphins are visiting with free agent tackle Tyson Clabo on Tuesday night. Reports indicate they will meet with two more tackles, Winstron Justice and Eric Winston, on Wednesday.

Share All sharing options for: Dolphins to host two tackles on Wednesday

Miami is the place to be if you are a free agent tackle right now. The Dolphins have spent the time since the NFL Draft ended on Saturday talking to Eric Winston, not ruling out a trade for Branden Albert, visiting with Bryant McKinne, and now hosting Tyson Clabo. Apparently, the Dolphins are scheduling a visit with free agent Winston Justice for Wednesday, as well as a workout for Eric Winston during the day.

The Dolphins have been flirting with Eric Winston for awhile, keeping a running dialog with him despite the visits from other tackles. Winston visited with the Tennessee Titans on Tuesday. 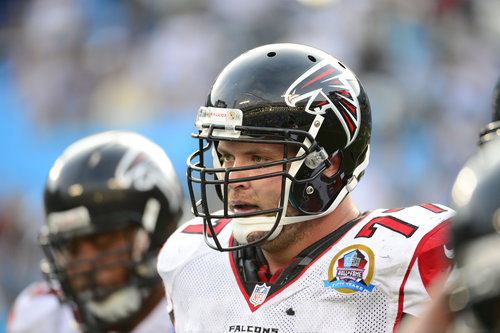 The Miami Dolphins continue to explore free agency options to address their offensive tackle needs. According to reports today, the Dolphins are set to visit with Tyson Clabo tonight.

Meanwhile, Justice is headed to Miami after visiting with the Pittsburgh Steelers today, followed by a visit with the Cleveland Browns Wednesday morning.

Justice was a second round pick of the Philadelphia Eagles in 2006, spending six years with the team before being traded to the Indianapolis Colts last year. He has spent his career as a right tackle.

The Dolphins have a need at tackle, either left or right. The Dolphins drafted Jonathan Martin in the second round of the 2012 Draft. He played right tackle for the majority of the year, before having to move over to the left side when Jake Long was injured. The team could plan to keep Martin on the left side, meaning they would need to sign a right tackle. Or, they could look for a left tackle, meaning Martin would return to the right.

Two more tackles visiting with the Dolphins on Wednesday. Eventually, the team will sign one and we will finally be done with the daily tracking of tackles in and out of South Florida.