The Miami Dolphins' request for public funding to upgrade Sun Life Stadium passed another hurdle on Monday when the Florida State Senate approved the legislation. The State House of Representatives still has to pass the bill before it goes to Governor Rick Scott for signature.

The Miami Dolphins quest for public funding to assist in a massive renovation of Sun Life Stadium ahead of the NFL's Super Bowl vote next month took another step forward on Monday when the State Senate approved the funding bill. The State House of Representatives still has to vote on the bill before it can go to Governor Rick Scott for final approval.

The move on Monday by the Senate comes after a series of meetings featuring Senate President Don Gaetz (R-Niceville), House Speaker Will Weatherford (R-Wesley Chapel), Gov. Scott, Miami Dolphins owner Stephen Ross, and NFL Commissioner Roger Goodell at the Florida Capitol. Goodell and Ross were present in the Senate's public viewing area as the bill was approved 35-4.

When you're making an application, the stadium's a big component of that. That's a very important element of that and this is going to clearly improve that application -NFL Commissioner Roger Goodell on the Florida Senate's approval of the Dolphins' public funding request

The bill, which differs from the legislation working its way through the House, allows for professional sports teams to apply to the state for up to $13 million annually for the building or renovation of a stadium. NBA franchises are excluded from the competition. Any application for the funding would be reviewed by the Florida Department of Economic Opportunity, who would make recommendation to the Senate and House, who would have final approval authority. The franchise has to demonstrate that they will produce the amount of revenue through sales tax that year for which they are requesting, and they must get local voter approval. The team must also show that they will attract tourists to the area with the upgrades, and the plan will be reviewed every five years.

"If you don't raise the money in the time period, you have to pay it back," Senator Andy Gardiner (R-Orlando) explained. "This is not giving anyone anything. This is telling someone you have to make money with this money and you have to give it back to the state of Florida. So I don't see this as welfare to billionaires."

The Dolphins contend that the upgrades will make them competitive for Super Bowls and NCAA National Championship Games.

Asked by the media if the future of a Super Bowl coming to Miami is based on the approval of the public funding, Goodell answered, "When you're making an application, the stadium's a big component of that. That's a very important element of that and this is going to clearly improve that application, which improves the chances dramatically. "

However, Goodell pointed out that he cannot guarantee any Super Bowl will be awarded to South Florida. "I don't make the votes, so I can't guarantee."

The NFL Owners vote on Super Bowl locations. The next vote is scheduled to be held May 22 in Boston, with Miami and the San Francisco 49ers' new stadium in Santa Clara in the running as finalists for Super Bowl 50 in February 2016. Whichever team does not get awarded that game will then compete against the Houston Texans' Reliant Stadium for Super Bowl 51 a year later. 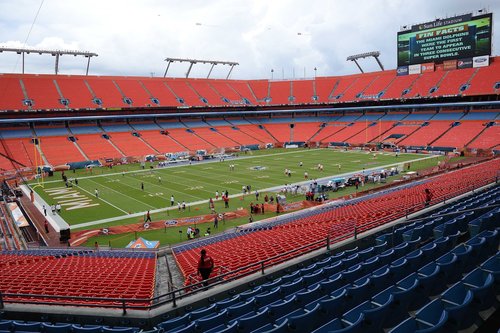 The Miami Dolphins and Miami-Dade County have reached an agreement for public funding to assist in the $350 million renovation plan for Sun Life Stadium. The deal, once certified by the County Commission on Wednesday, will be put up for a vote from the Miami-Dade citizen on May 14.

Currently, there are two stadium proposals in front of the Legislature, the Dolphins' renovation of Sun Life and a planned soccer stadium in Orlando, with hopes of a Major League Soccer franchise returning to the state.

The House's bill currently is just considering a straight sales tax rebate for the Dolphins, which was facing large opposition. However, Speaker Weatherford has indicated the bill passed by the Senate may find an easier approval process.

"We believe the process they have put forward having standards in statutes is a very good idea," Weatherford explained.

The House has to approve the bill by Friday, when the Legislature recesses, if the funding plan is to be in place prior to the NFL's Owners meeting.

Governor Scott has also indicated that he wants strict approval and review processes in place to ensure the public's money is not wasted or given to unworthy projects.

Meanwhile, in Miami, the public referendum on the funding issue is moving forward. Monday marked the start of the early voting period, despite the uncertainty of the approval process in Tallahassee. The actual date of the referendum in May 14, just eight days before the NFL awards the two Super Bowls.

The Dolphins have previously stated that, if they are not awarded either Super Bowl L or LI, they will not take the public funding. They have also pledged to return at least $159 million to the State and County at the end of the funding process and guaranteed to remain in Miami-Dade County for the next 30 years. 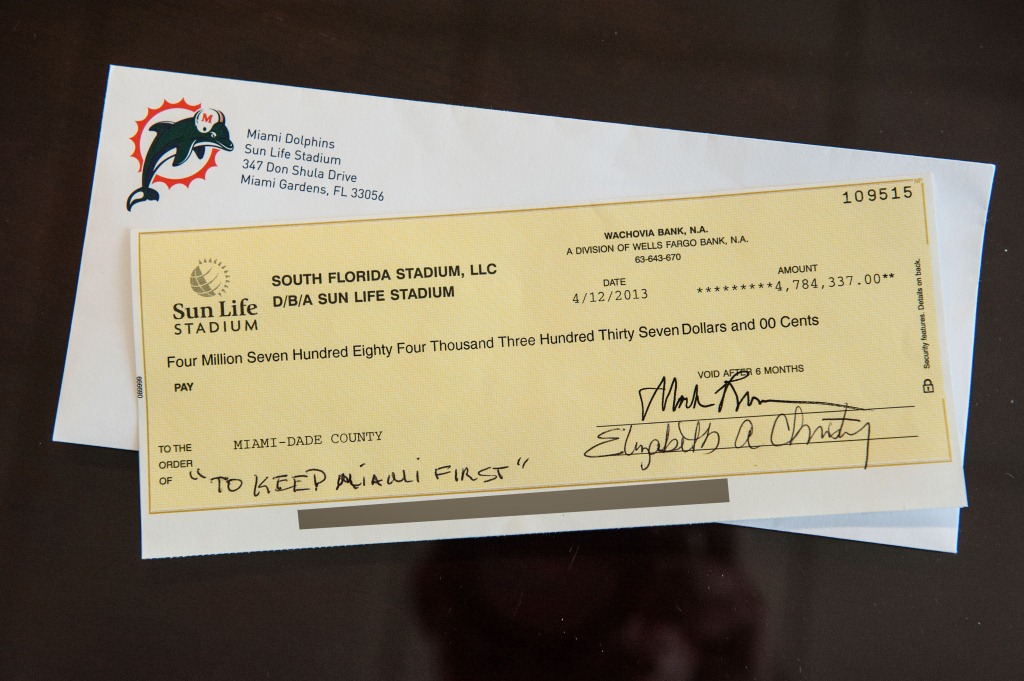 The Dolphins have also started they will pay penalties if the stadium fails to attract four Super Bowls, four National Championship games, and 22 international soccer matches to the site over the next 30 years.

Early voting locations are listed on the Miami-Dade website. If the State Legislature fails to approve the bills before them prior to the referendum's May 14 deadline, the county will destroy the records of the early voting. The Dolphins, who paid $4,784,337 to the county for the referendum, would not be refunded the payment.