Dolphins rumors: Branden Albert trade back from the dead?

The trade between the Miami Dolphins and the Kansas City Chiefs for Branden Albert died over the weekend when Miami traded away their 42nd overall pick, used their 54th pick, and then drafted an offensive lineman in the third round. However, reports last night indicate the deal may not be as dead as we thought.

Share All sharing options for: Dolphins rumors: Branden Albert trade back from the dead?

The trade that just will not go away has resurfaced once again. According to a Yahoo! Sports report, expectations are that some team will be willing to pay for the Kansas City Chiefs' veteran left tackle, Branden Albert, with a 2014 draft pick. Of course, the Miami Dolphins will be the top candidate in that rumor, given how close everyone believes a trade for Albert was prior to and during the draft this weekend. 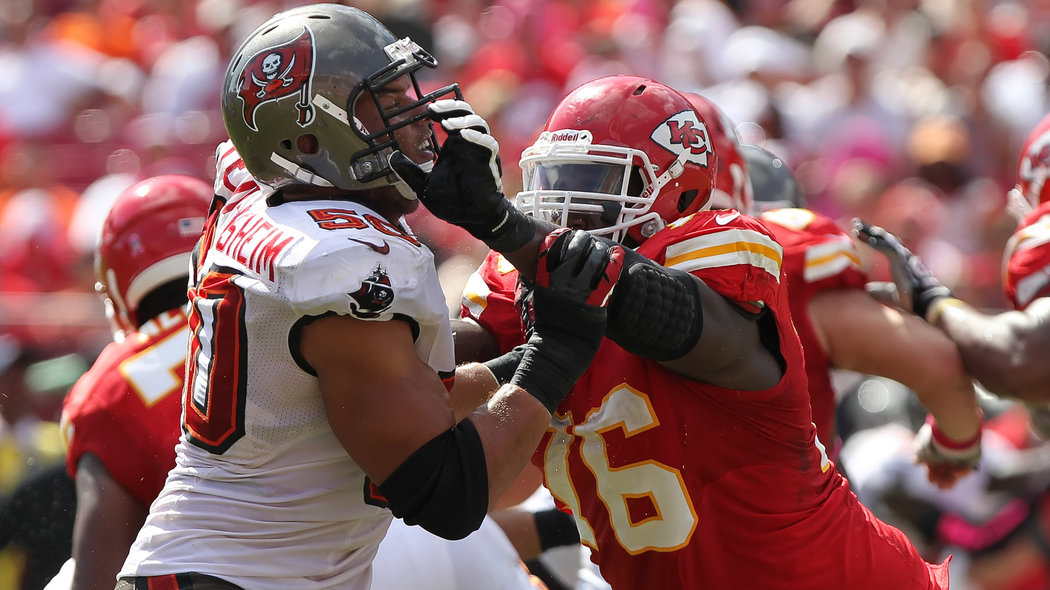 After seeing the rumored trade disappear during the 2013 NFL Draft, rumors are starting to pop up again that the Miami Dolphins could send a 2014 draft pick to the Kansas City Chiefs for offensive tackle Branden Albert. Keep up with the latest here.

According to the Yahoo! story, other teams that could enter the trade talks are the Detroit Lions, San Diego Chargers, and Arizona Cardinals. All teams that need an offensive tackle.

Could Miami Dolphins General Manager Jeff Ireland have stared down the Chiefs in the initial trade talks for Albert, then come back and get him with a 2014 pick? Making a deal now to give away a draft pick would give Miami plenty of time to workout another deal somewhere else to get that pick back - something they probably would not have been able to do if they had made the trade just before, or during, the draft.

In that sense, maybe now is the time to workout a deal. The question will simply become, what's the asking price now? Are the Chiefs looking for more, since they were made to wait? Has drafting a tackle, Eric Fisher, with the first overall pick made them more desperate to dump Albert?

How the Dolphins address their need at offensive tackle is still very much a mystery. Until then, the trade that died during the draft will continue to find new life in rumors.