According to multiple reports, the Miami Dolphins have been actively shopping receiver Davone Bess. The team is looking to get something in return for Bess, who is entering the final year of his contract, and simply could be buried on a very busy depth chart this year.

Throughout his time as a general manager, Jeff Ireland has repeatedly said every player is on the trading block, if the right price comes along. Last season's shipment of Miami Dolphins 2009 first round pick Vontae Davis to the Indianapolis Colts demonstrates that philosophy perfectly. This year, the example may be receiver Davone Bess. 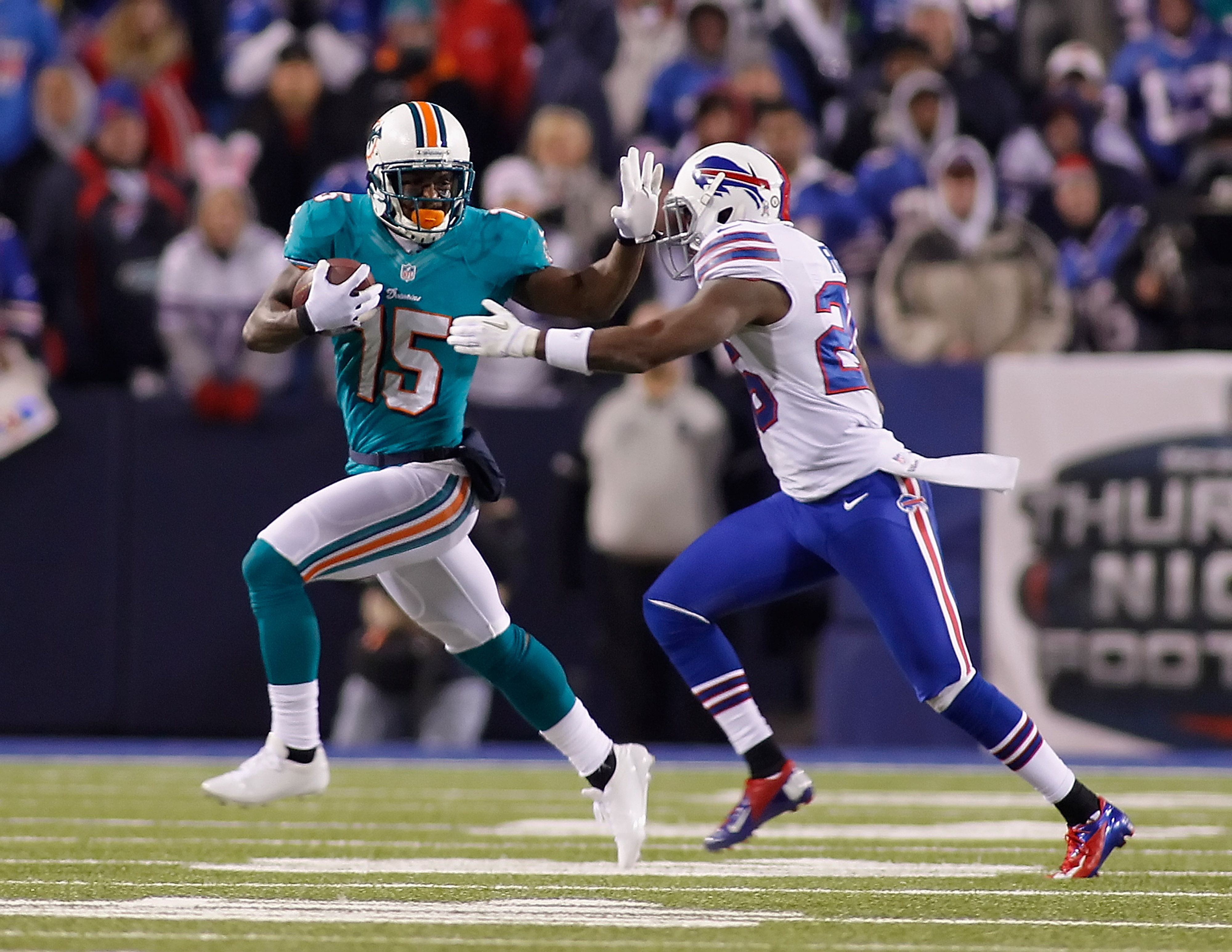 Multiple reports yesterday say the Dolphins are actively shopping the veteran, looking to try to get compensation for him prior to his contract runs out after this year. In a year that saw the Dolphins add Mike Wallace and Brandon Gibson to a wide receiver corps featuring the re-signed Brian Hartline, as well as Armon Binns, Jeff Fuller, Rishard Matthews, and Brian Tymas, Bess could simply become the odd man out.

The Dolphins are also expected to draft a wide receiver early in the 2013 NFL Draft that begins later tonight.

Dolphins head coach Joe Philbin has stated his ideal receiver is someone who can play anywhere on the field, with no issues lining up at flanker, split end, or in the slot. Bess, who was forced to play on the outside last year, is a proto-typical slot receiver - and one of the top ones in the league - but was not as effective as a flanker.

Chicago Sun-Times reporter Sean Jensen reported yesterday that "several teams" are in the mix for Bess. It appears the Cleveland Browns are currently the leading candidate to land Bess, with "mid-round picks" being discussed.

TFYDraftInsiders.com and SI.com reporter Tony Pauline confirmed the Browns as the clubhouse leaders for Bess, tweeting that there is a 99.9% chance that the deal gets done.

The move to send Bess to Cleveland is an interesting one. The mid-round compensation could score Miami even more draft picks from the 11 they currently hold. It could also signal a move by Miami to score one of the top draft picks this year. The Dolphins are thought to want to move up for one of the top offensive tackles in the draft, or could be targeting cornerback Dee Milliner.

The Browns currently hold the sixth pick this year. Miami could be looking to use Bess and mid-round picks to move up and grab the sixth pick from Cleveland.

They could also try to use additional picks from the Browns to move somewhere else in the draft.

The first round of the 2013 NFL Draft begins at 8pm ET tonight.