The Miami Dolphins new uniform leaked yesterday. What are your thoughts? How do you like it? Let us know.

As always happens as major announcements get near, the important part of the announcements gets leaked. Yesterday, thanks to a Jacksonville area television station, the Miami Dolphins new uniforms leaked, just two days before the team's big unveiling ceremony.

Yesterday, the Jacksonville Jaguars were holding their own unveiling, showing off their new look for 2013. Ahead of the event, the NFL allowed some media to get pictures of the Jaguars' jerseys. Unfortunately for the Dolphins, as well as the Minnesota Vikings, the pictures included the new looks for other, not-yet-released uniform changes.

Of course, Paul Lukas from Uni Watch was all over grabbing the pictures and sharing them.

Once Lukas snagged the pictures from the undisclosed Jacksonville TV station, they spread like wildfire all over the internet, especially on Twitter.

Of course, we also covered the leak here.

Now, let us know what you think. Vote in the poll and leave your comments below. 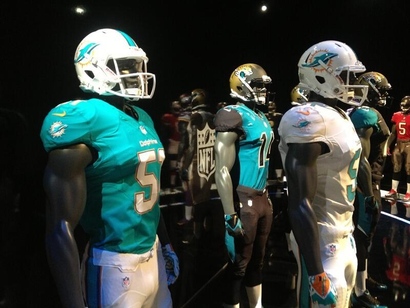 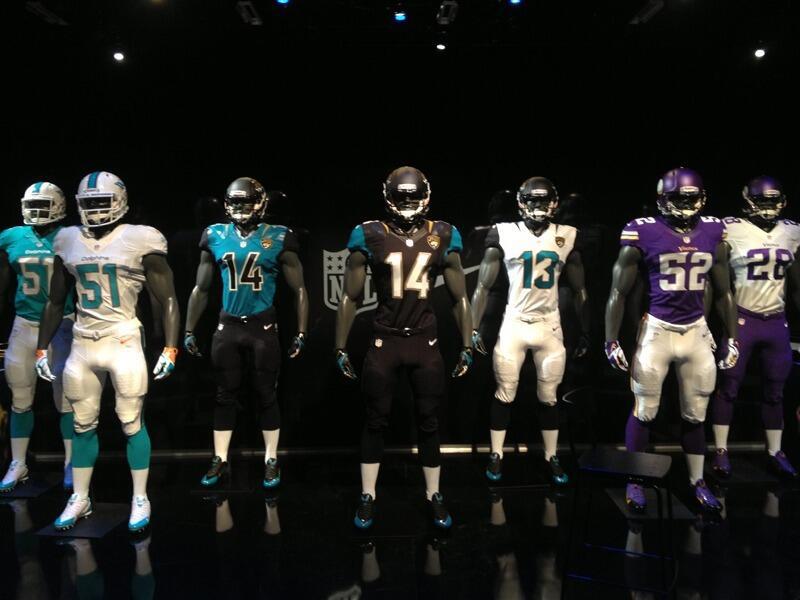