ESPN will air a look at the 1983 NFL Draft tomorrow in their 30 for 30 presentation of "Elway to Marino." Here's a preview of the show, and make sure you catch the full thing at 8pm ET on ESPN.

Share All sharing options for: ESPN 30 for 30 'Elway to Marino' Preview

The 1983 NFL Draft changed the course of the NFL like no single selection meeting before or sense. For the first time in NFL history, six quarterbacks were selected in the first round, starting with the Baltimore Colts' selection of Stanford's John Elway through to the Miami Dolphins' pick of Dan Marino. Later tonight, ESPN and NFL Films will take a look back at the landmark draft class from 30 years ago with the 30 for 30 production "Elway to Marino."

The show focuses on Marvin Demoff as he looks as the draft process from his two clients, Elway and Marino. Starting with a comparison of the differences between Marino and Elway, narrator Tom Selleck builds up the two main players that would nearly bookend the first round of the draft (the Washington Redskins would select Darrell Green with the 28th and final pick, one after Marino).

Shula was the perfect coach for him, because he knew exactly how to get the most out of Dan. -Marvin Demoff

"Going into 1982, they were pretty much co-equal number one choices," Demoff explains of his two future Hall of Famers. "John had a really good senior season. Dan's wasn't as good as his junior season."

Marino's draft stock would be hurt by the dropoff in performance his senior year. It would also be damaged by repeated rumors of illegal drug use while attending Pittsburgh, despite repeated drug tests throughout the year, all of which Marino passed. 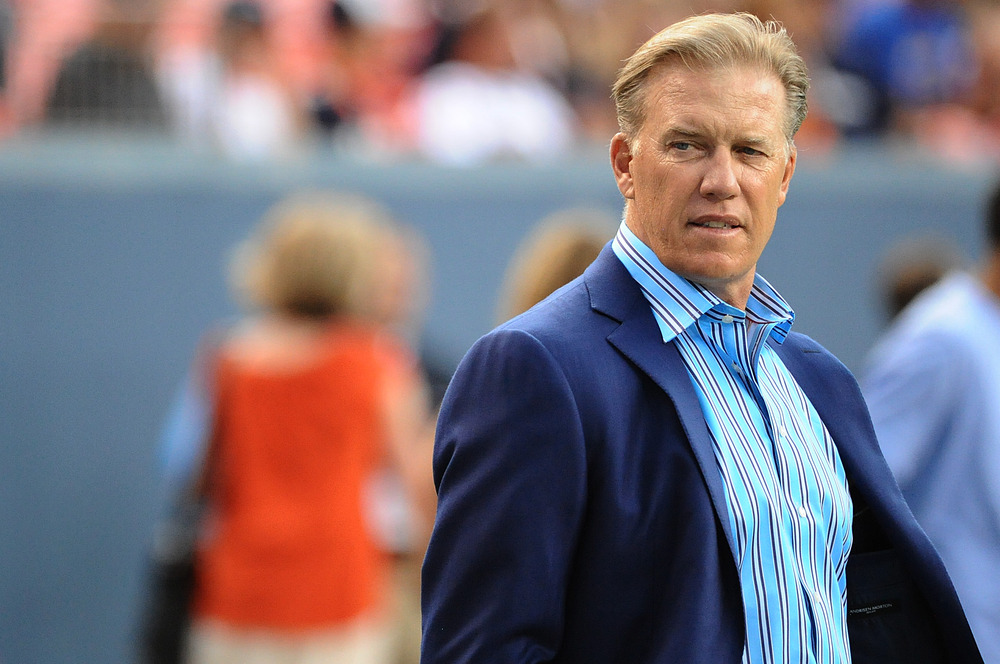 "There's no reason of it," Marino continues, "and I proved that. We were supposed to be the National Champions, and we didn't. I'll be honest with you, I had an off year, I did. I think I threw more interceptions than touchdowns. When people start looking at it, they start looking for reasons, whatever it may be, but that wasn't one of them."

The drug rumors may have scared off some teams in the NFL, but it did nothing to stop the Los Angeles Express from selecting Marino with the first overall pick in the USFL's draft.

Meanwhile, Elway was setup to be the first overall pick in the NFL's draft, despite clearly not wanting to play for the Baltimore Colts, who, as Jack Elway, John's dad, explained it, had "earned the right" to pick in that spot. Demoff kept a diary throughout the entire draft process, and after, to record exactly how the dealing with the Colts, who did chose Elway despite threats from the quarterback to sign with the New York Yankees and play baseball instead of football, processed.

As the draft gets closer, more and more teams attempt to get the top pick away from Baltimore, with bigger and bigger offers - including a possibility of the San Francisco 49ers sending Joe Montana to Baltimore for Elway's rights.

Going into 1982, they were pretty much co-equal number one choices. John had a really good senior season. Dan's wasn't as good as his junior season. -Marvin Demoff

Robert Irsay, Baltimore's owner, eventually stepped in and all chances of a pre-draft deal fell apart. Now, Demoff and Elway would wait to see what happened with the draft.

And, the Colts did exactly what they did not want to see happen. With the first overall pick, Baltimore selected Elway. Selleck slowly works his way through the next few picks, with every team looking to try to trade with the Colts to grab the rights to Elway.

Over the 3:14 it took to complete the 28 picks, team after team tried, only to fail. Over the next 26 picks, five more quarterbacks would be selected, starting with Todd Blackledge to the Kansas City Chiefs with the seventh pick. Jim Kelly was selected 14th overall by the Buffalo Bills, followed by the New England Patriots' selection of Tony Eason a pick later.

With the 24th pick, the New York Jets were on the clock, with the obvious move of selecting Marino. Instead, they picked University of California-Davis quarterback Ken O'Brien.

Despite getting more and more frustrated watching pick after pick without hearing his name called, magic was just waiting for Marino. Dolphins head coach Don Shula wanted Marino. And, with the 27th pick, Shula got his man.

ESPN does not shy away from showing the reactions of their own analysts who don't agree with the Dolphins' selection of Marino, who would eventually retire with every pertinent passing record in the league. Sportswriter and ESPN analyst Paul Zimmerman clearly did not understand the move.

"I don't understand it," he said after the pick. "Number one, who is going to work with him down there? Where is the great quarterback coaching genius on the Dolphins? I know Arnsparger is a great defensive coach. I don't see where he's going to get this great coaching that's going to overcome the problems he's had."

ESPN's Chris Berman said during that draft that Shula was the best coach in the league. Flashing forward to today, Berman backed that up, stating near the end of the show, "We love Dr. Z, but 'What kind of coaching is he going to get?' I think was a coaching staff question in Miami. It's Don Shula. It's okay."

Demoff summed up the situation with Marino's selection for Miami perfectly. "Other than a really bad few hours on draft day, he couldn't have gone to a better team for himself. Shula was the perfect coach for him, because he knew exactly how to get the most out of Dan."

The show is perfectly put together, and gives an amazing insight into both the trade that eventually worked out to send Elway from the Colts to the Denver Broncos, as well as what Marino went through in his wait to hear NFL Commissioner Pete Rozelle say the magic words that he was a Miami Dolphin.

Make sure you catch the show tonight at 8pm ET on ESPN.