ESPN's Mel Kiper, Jr. published his list of "A" drafts for all 32 NFL teams ahead of Thursday's NFL Draft. Here's a look at his "A" Draft for Miami.

The 2013 NFL Draft is just four days away. What would it take for the Miami Dolphins to come away with an "A" grade from ESPN's Mel Kiper, Jr.? Well, luckily, he has told us exactly what an "A" draft for all 32 teams would be.

Trade Up, Trade Down, or Stay Put at Twelve? 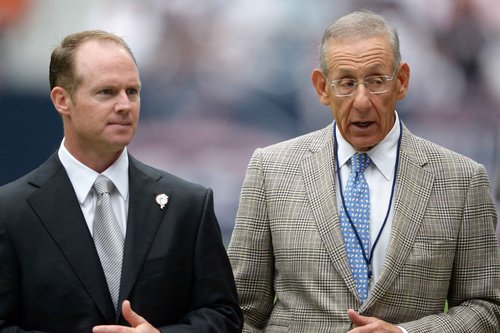 With less than a week to go, the mystery remains: what will Jeff Ireland do with Miami’s first round pick?

Kiper stresses that this is not a typical mock draft, where he picks who he thinks the GM will take. Instead, he picks as if he were the GM. He also has four ground rules for making his "A" drafts:

Now, on to what he would do as the Miami Dolphins' general manager this year:

Analysis: Fluker is a very slight reach in terms of value, but he's an immediate starter for me at right tackle, and that's a huge priority given that I'm in the midst of a transition on the O-line with Jonathan Martin moving to left tackle. There's certainly a chance Martin could struggle, so I can't afford to be bad at both tackle positions in a year in which I need Ryan Tannehill to take another step forward, given the new personnel we have in the passing game. Defensive ends in the 4-3 are scarce in this draft, so taking Carradine -- who would have gone far higher if not for a knee injury to end 2012 -- at this point is a solid get. Cornerback is a need here, so I doubled up with Wreh-Wilson and Amerson. While Amerson's stock is down after a brilliant sophomore season, when he led the nation in INTs, it's a good place to hit a need and bet on upside. Finally, I have a need at fullback and I use that extra third to get the best one in the draft in Juszczyk.

Personally, I don't like the D.J. Fluker pick. That's picking purely based on need, and not getting very good value for the pick. If the Dolphins were to make that pick, I can understand it, simply because it answers the one real need Miami has left, and frees them up to make whatever picks they choose with the 10 remaining selections - but it's not the route I want to see them go.

The other picks seems okay until the final pick in round three. Am I missing something? When did fullback become a need for the Dolphins? Jovorskie Lane seems to have the position, with Charles Clay able to fill in as needed. Juszczyk is the right pick if you really need a fullback - but Miami doesn't. I completely do not understand this pick at all.

What do you think?