The NFL released the 2013 schedule last night. To get a better idea of what the Miami Dolphins will be facing this year, here's a look at the schedule by opposing quarterback.

The NFL is a passing league, centered on the quarterback. With the release of the 2013 NFL Schedule last night, we can now break down the Miami Dolphins' opponents, games, and bye week, trying to figure out exactly what the Dolphins will face in the 2013 regular season. Today, we will take a look at the schedule by the center of the offense, a break down of the schedule by quarterback. 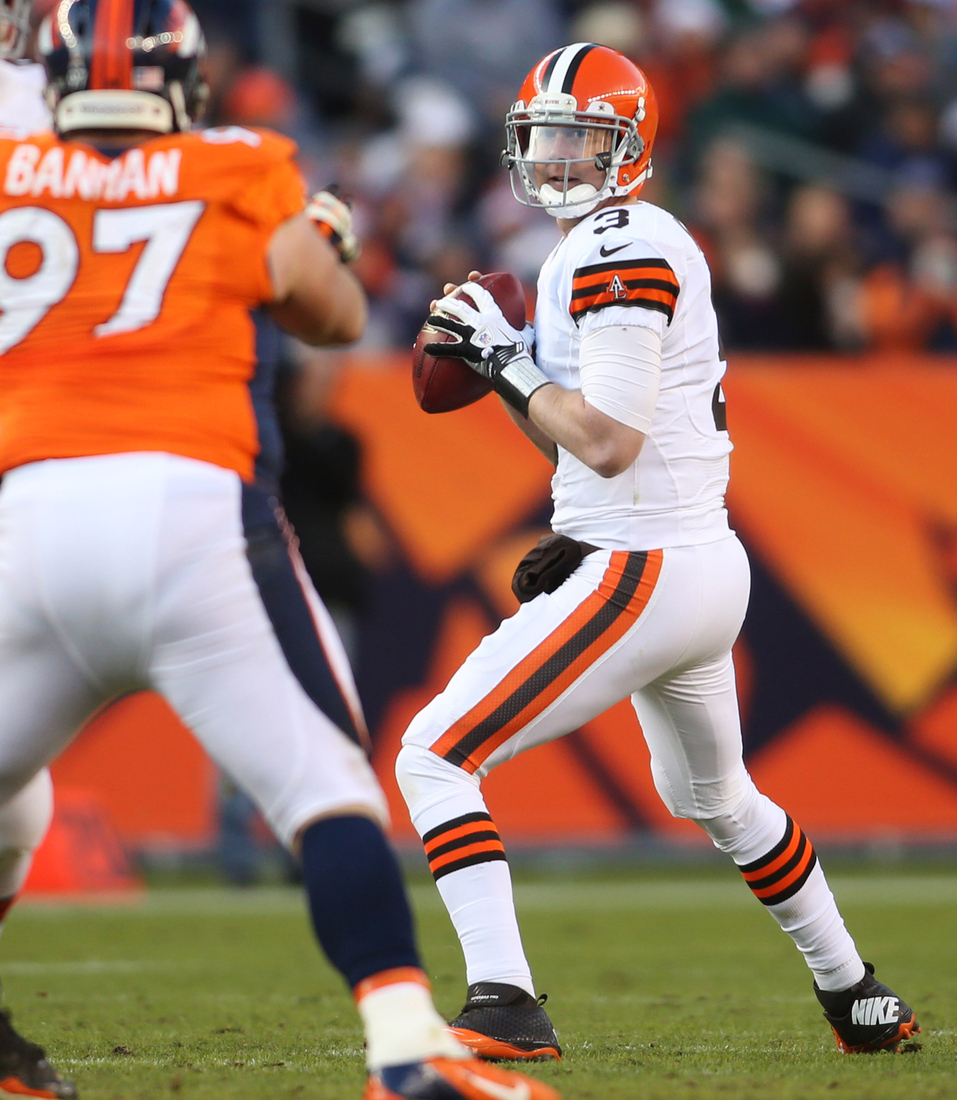 In the first match up against a fellow 2012 first round pick, Tannehill should have the advantage over Weeden this week. Weeden had a decent rookie season, especially playing for a constantly rebuilding Browns, throwing for 3,385 yards on 57.4% completions with 14 touchdowns and 17 interceptions. He has a passer rating of 72.6 last year. 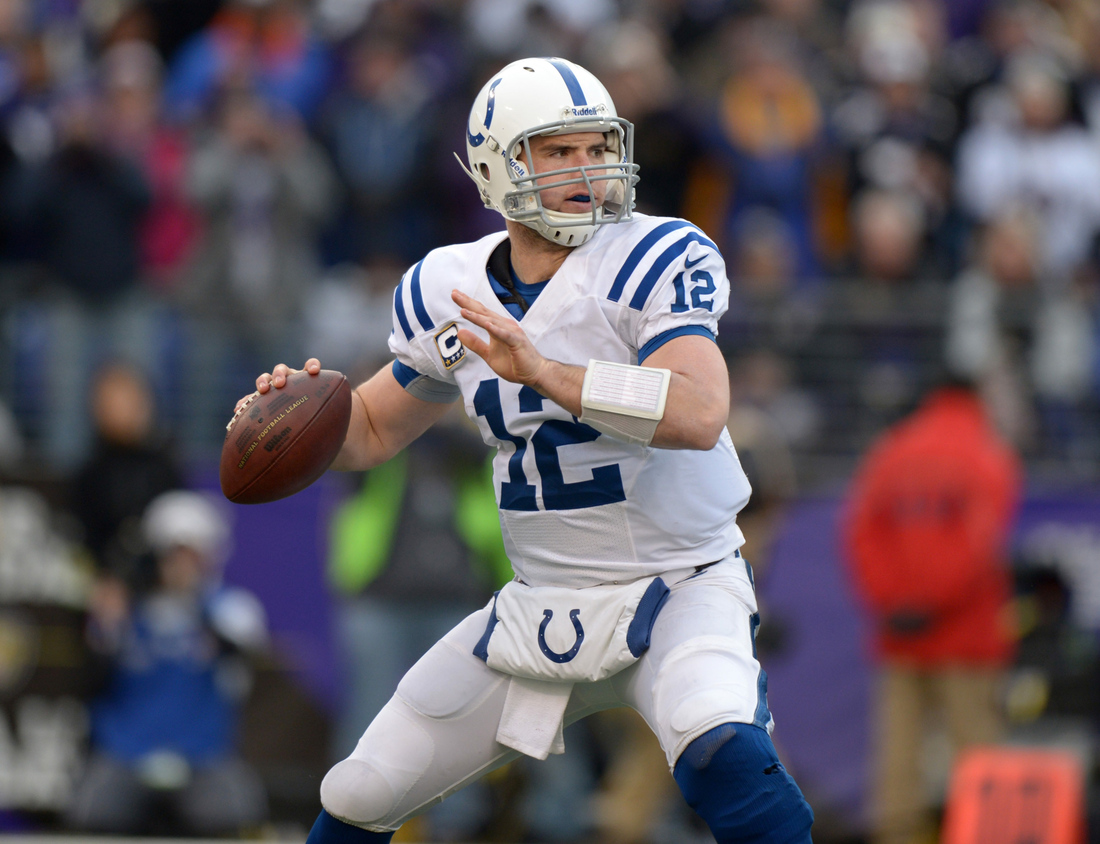 The second straight game for Tannehill to face another 2012 first round pick quarterback. The two passers are much closer in stats in 2012 than a lot of people realize. The first overall pick, Luck, beats out the eighth pick, Tannehill, in yards (4,374), touchdown (23), and interceptions (18). Tannehill has the edge in completion percentage (Luck - 54.1%) and passer rating (Luck - 76.5). Obviously, Luck had the better record last year (11-5) and was in the playoffs, but the Dolphins have added a lot of weapons this year. This could be a great game. 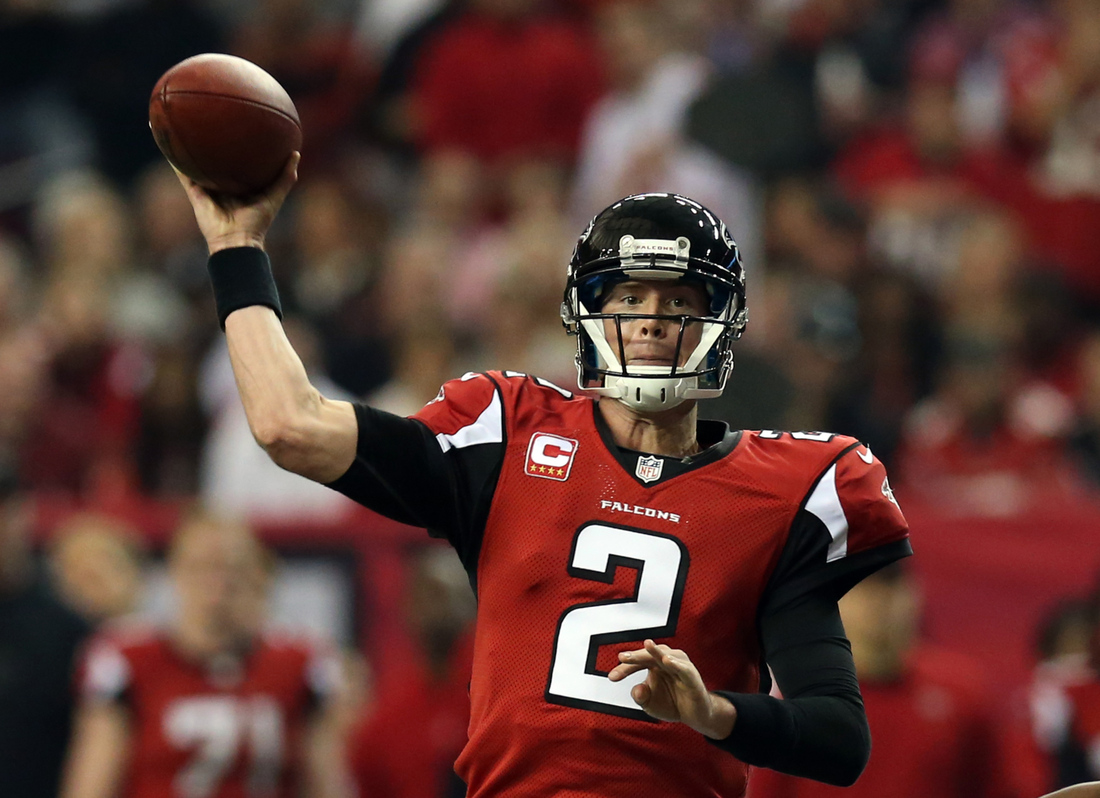 After two games against 2012 first round draft picks, Tannehill now goes against the quarterback many fans look in the rear-view as the player Miami should have selected with the first overall pick in 2008. Obviously, Ryan's two Pro Bowls (2010 and 2012), outweighs Tannehill's one season in the league. Ryan has never had a .500 or below record in the NFL, and he led the league last year in completion percentage (62.7). Tannehill will have a challenge to perform to Ryan's level in this game. 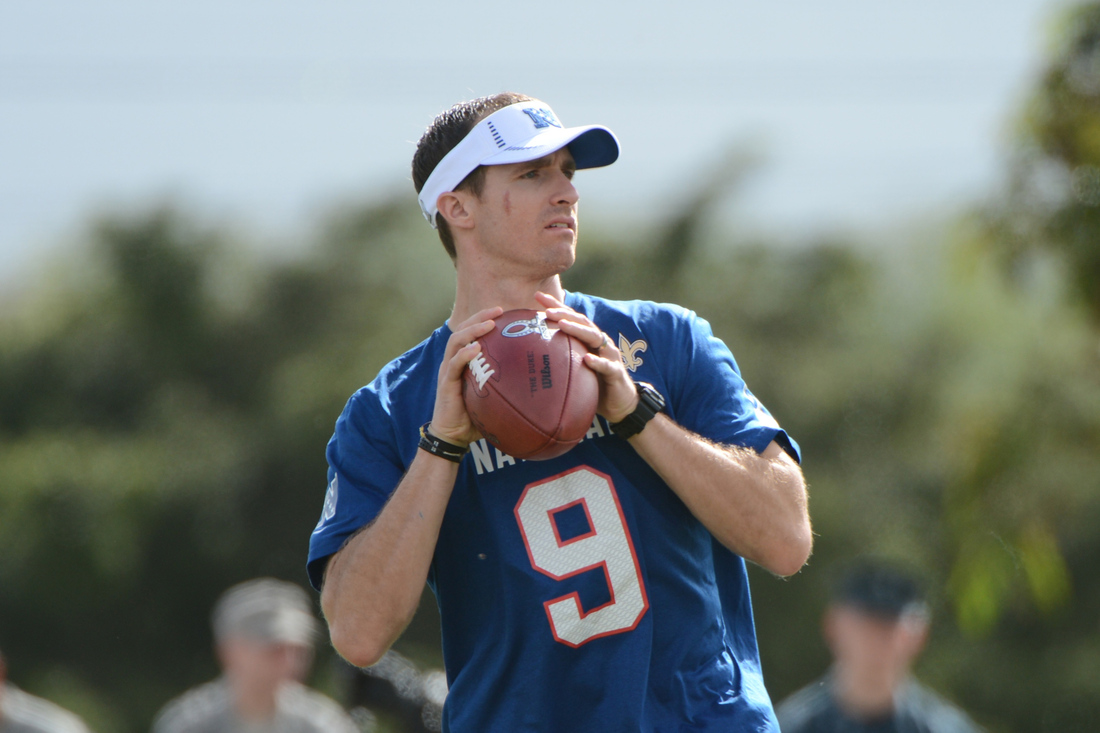 Talk about continuing the storylines. In Week 4, the Dolphins travel to face the quarterback they nearly signed in free agency in 2006, but going with a trade for Daunte Culpeppep instead of trusting that Drew Brees' shoulder would heal properly. Brees has lead the league in passing each of the last two seasons (5,476 yards on 2011, 5,177 yards in 2012) and in touchdowns ('11 - 46, '12 - 43). Brees also threw a league high 19 interceptions last year. While Brees is a machine for the Saints, they only went 7-9 last year thanks to a horrible defense and a team reeling from the Bountygate scandal. Quarterback versus quarterback, Brees has the advantage - but, if New Orleans still has the defensive problems from last year, Tannehill could pull the upset. 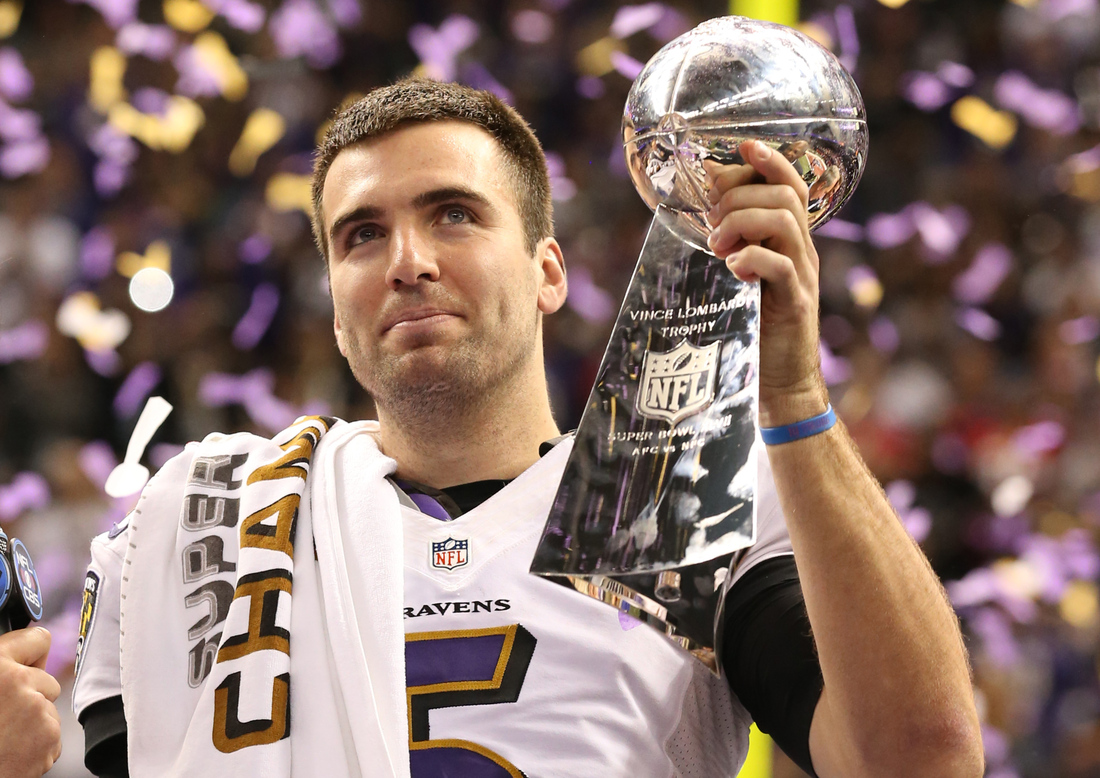 Flacco has the advantage over Tannehill, especially with the Super Bowl championship this past year, but it is probably not as far apart as most people would realize. Baltimore's $121 million man threw for 3,817 yards on 59.7% passing, with 22 touchdowns, 10 interceptions, and a passer rating of 87.7. Tannehill has to step up this year, and, if he is able to grow like we all think he will, those numbers are within reach. Could end up being another great game. 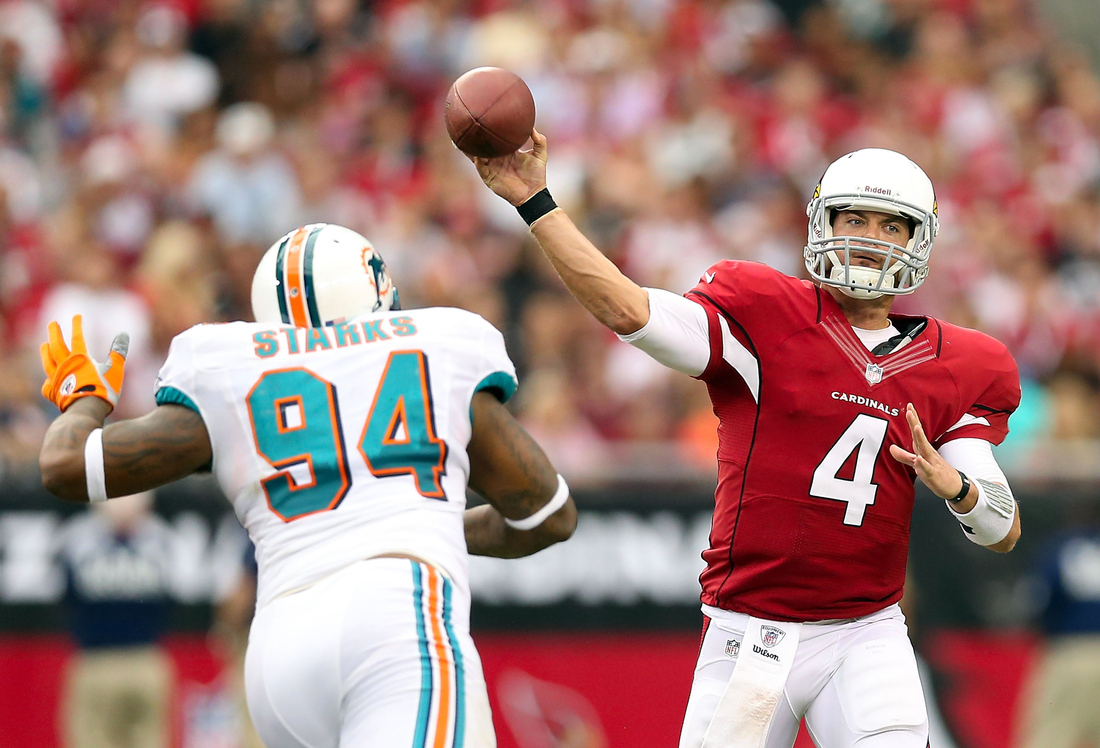 Buffalo ditched Ryan Fitzpatrick this year for Kevin Kolb. Kolb could not beat out John Skelton for the opening day starter's role in Arizona last season, but came into the Week 1 game when Skelton was injured. Kolb would start the next five games before a rib injury would force him to miss the rest of the season. Kolb had a 59.6% completion rate in the six games last year, just more than his career 59.5%. He has never played more than 9 games in a season, throwing for 28 touchdowns, 25 interceptions, and 78.9 passer rating over the 32 games in which he has appeared over his six years in the NFL. 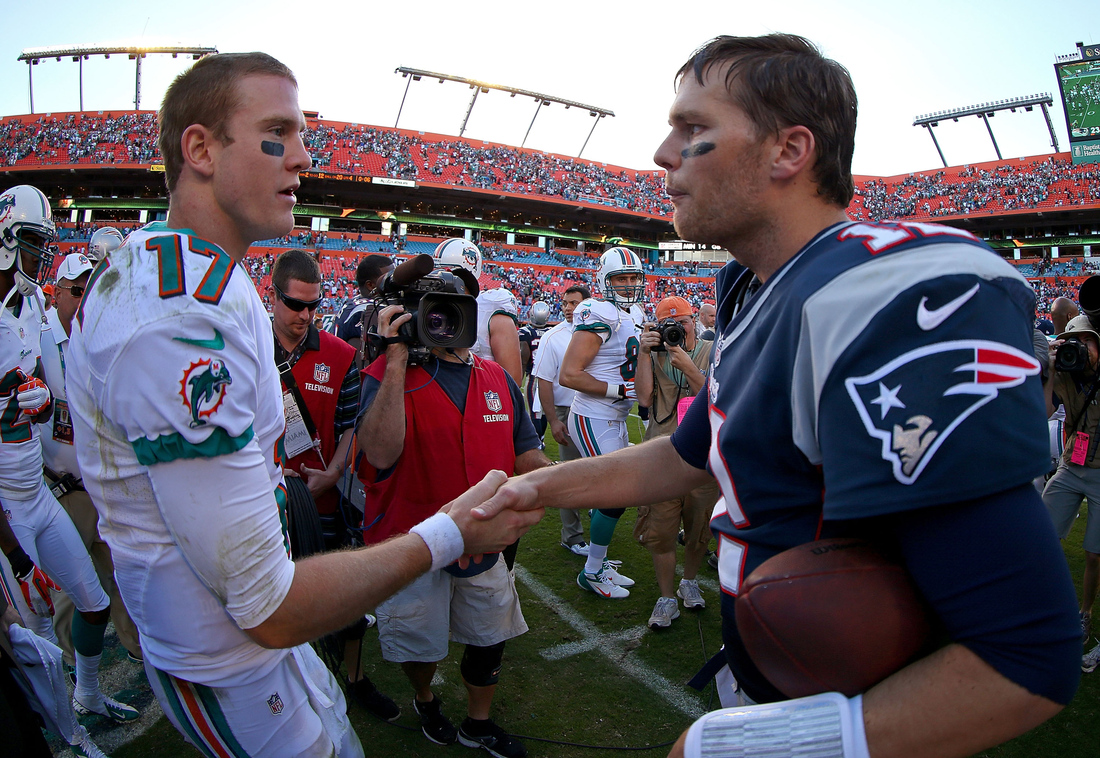 Brady has the advantage.

Okay, a little more. After 13 years in the league, Brady is still one of the top passers in the league. He had a 63.0% completion percentage last year, throwing for 4,827 yards with 34 touchdowns, and just 8 interceptions. He had a 98.7 passer rating in 2012. Topping Brady is the goal for every quarterback in the AFC East. Tannehill is the best positioned to do it - but it's probably not going to happen in 2013. 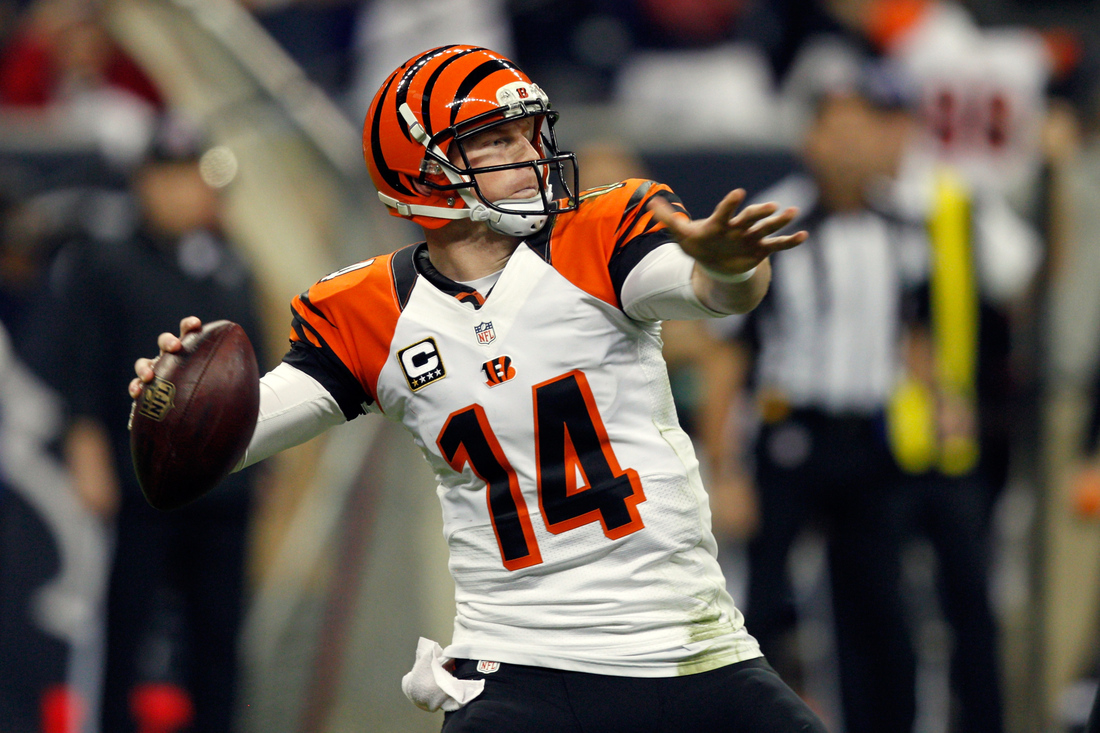 Dalton is a year ahead of Tannehill in his NFL career. Last year, Dalton's second in the league, he threw for 3,669 yards with a 62.3% completion rate, 27 touchdowns, and 16 interceptions. He had an 87.4 passer rating and a 10-6 record last year. Dalton's numbers in 2011, his rookie year, were very similar to Tannehill's rookie year numbers, with the only big difference being the 20 touchdown passes compared to Tannehill's 12. Dalton's 2012 numbers could be the goal for Tannehill this year as he continues to develop in the NFL. As for this game, Dalton is not that far ahead of Tannehill, and this could end up being a great game. 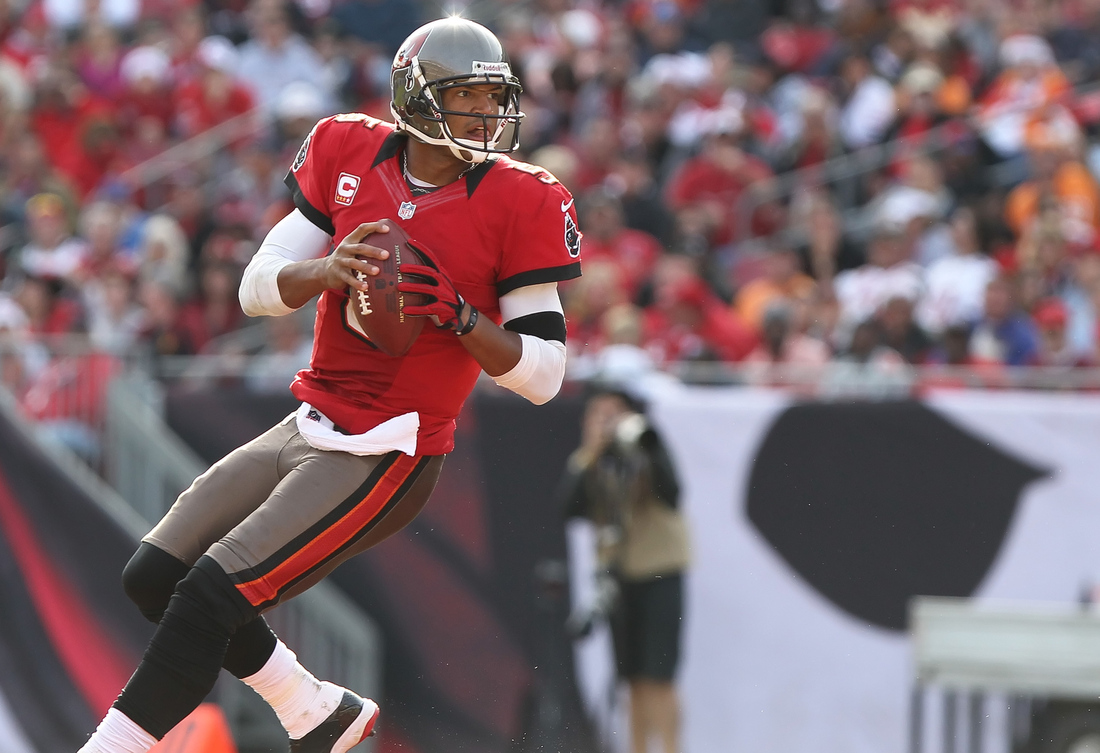 Freeman has had an up-and-down career with the Buccaneers over the last four years, one year looking great, and the next year falling off. Freeman threw for 4,065 yards last year, his career high, but he only completed 54.8% of his passes. He threw for 27 touchdowns, a career high, but also had 17 interceptions and a passer rating of just 81.6 . There's really no way to be sure exactly what the Dolphins, and Tannehill, will be facing against Freeman, but I'll give Miami the edge. 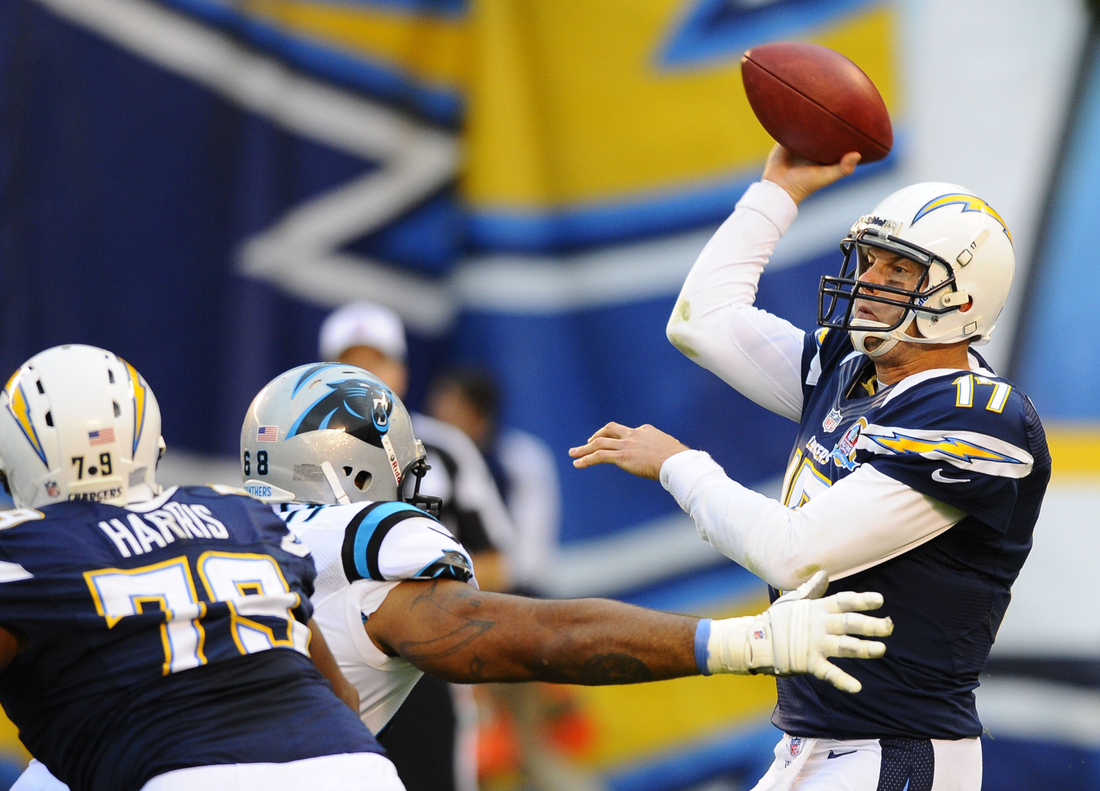 Rivers has the capability to be one of the top passers in the league, assuming the Chargers find a way to fix their miserable offensive line. Rivers saw most of his stats go down last year as his times sacked jumped from an already high 30 in 2011 to 49 in 2012. Rivers could be the passer who threw for a league high 4,710 yards in 2010, following that with a 4,624 yard 2011. Or, Tannehill could be against the passer who was simply trying to stay alive on the field last year. Rivers still had good stats last year, with a 64.1% completion percentage, 3,606 yards, 26 touchdowns, 15 interceptions, and an 88.6 passer rating. The Dolphins do have the advantage of a west coast team heading completely across the country for an east coast game this week. 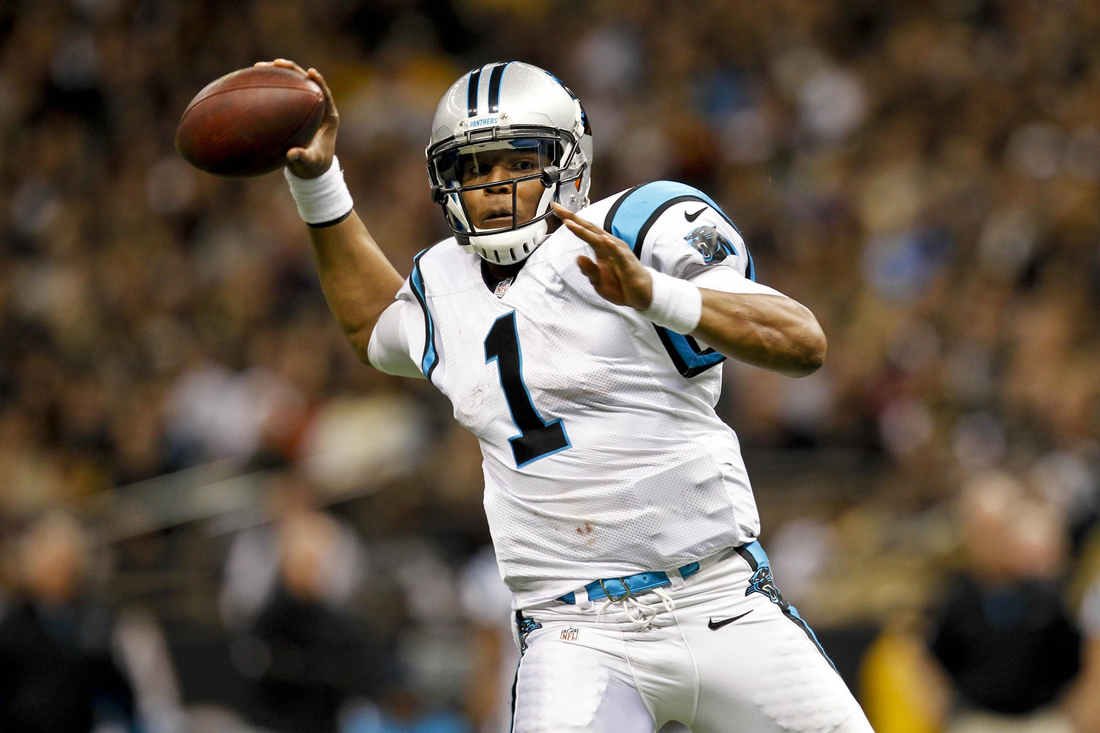 This could be an interesting match up. Tannehill may have the advantage here, despite the media coverage of Newton over the past two years, and Newton's Pro Bowl appearance as a rookie. Newton only completed 57.7% pf his passes last year, throwing for 3,869 yards with 19 touchdowns and 12 interceptions. He had an 86.2 passer rating in 2012. There's no denying that Newton is a talented player, but he also has a tendency to get frustrated. If the Panthers aren't performing up to par by this point of the season, there's no telling what player Tannehill would be opposing. 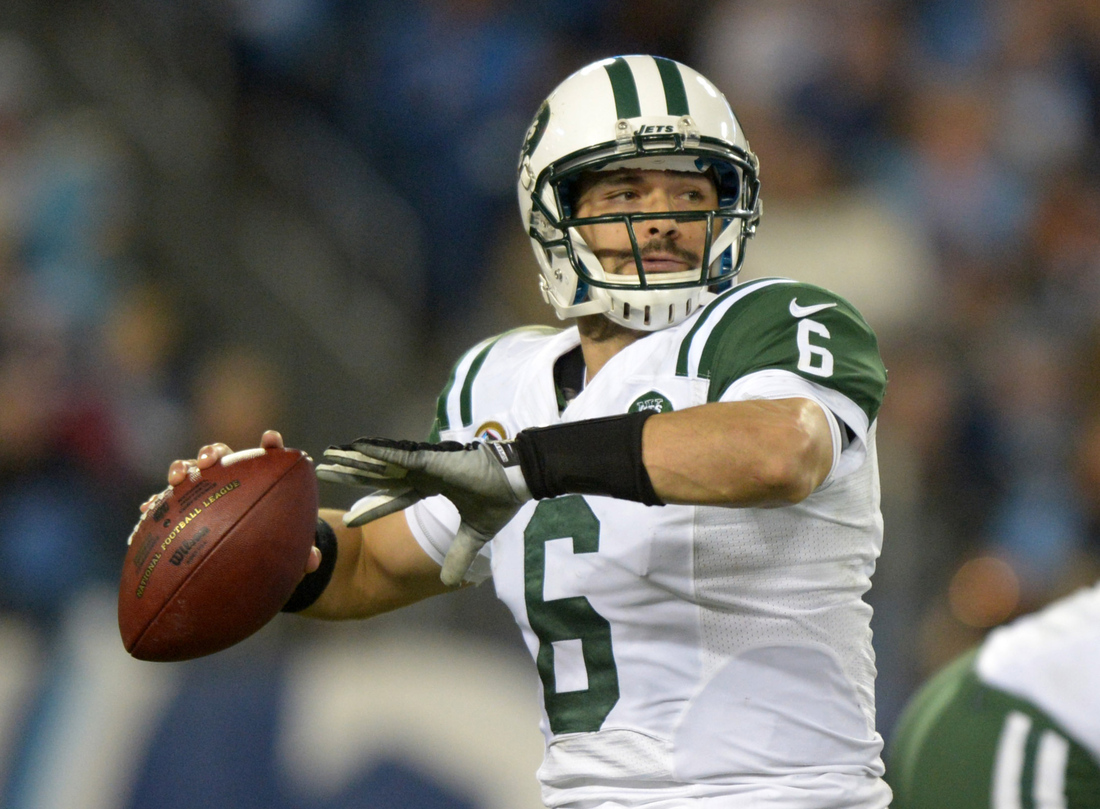 I'm assuming Sanchez (a) wins the starting job this year and (b) still has it by Week 12. David Garrard could actually beat out Rex Ryan's favorite quarterback, which could change this if Garrard can play like he did in training camp for the Dolphins last year. Of course, that's assuming Garrard, who has not played in a game since 2010, can shake off the rust. As for Sanchez, he threw for 2,883 yards on 54.3% completions with 13 touchdowns and 18 interceptions and a 66.9 passer rating. The Dolphins should hope he is still the starter for the Jets. 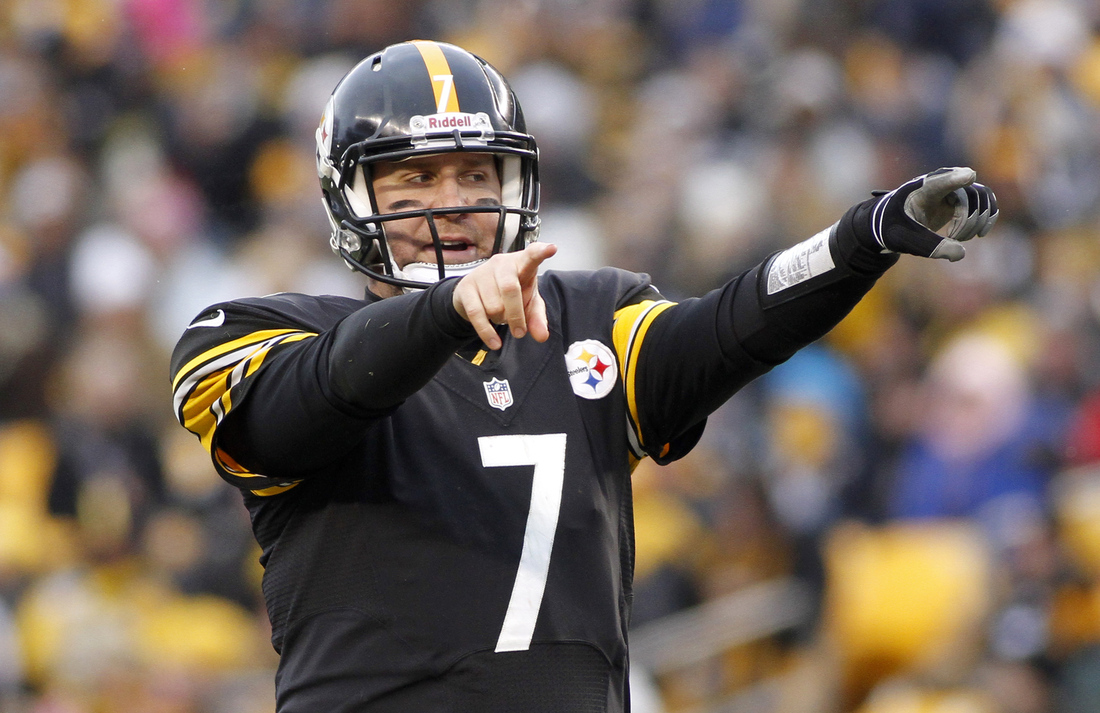 Big Ben started the season sitting on the bench due to injuries. He never played up to the level expected of him once he did some back, admitting last month that he didn't trust himself all the time last year. Now, a year removed from that, will Roethlisberger return to an upper level quarterback? Even in his "down" year last year, Roethlisberger threw for 3,265 yards on 63.3% completions, 26 touchdowns, 8 interceptions, and a 97.0 passer rating. Tannehill does have Mike Wallace now, taking one of Roethlisberger's big weapons, but Big Ben has to have the advantage at this point in this game.

I would give Tannehill the advantage in seven of the games next year, split some great matchups, and be at the disadvantage in six others. With that in mind, a rough estimate for the Dolphins' 2013 season is 8-8 to 9-7 record. That could be too high or too low, since this is just a random look at opposing quarterbacks in April, and injuries are not factored in, but it's one way to look at the schedule.