SI.com looks at safe and surprise first round possibilities for Miami Dolphins

A couple of weeks ago, SI.com posted their safe and surprise first round picks for each NFL team. Here's a look at what they said for the Miami Dolphins.

Share All sharing options for: SI.com looks at safe and surprise first round possibilities for Miami Dolphins

The 2013 NFL Draft is about a week-and-a-half away, with the rumors and speculation dominating the internet right now. Every site, including The Phinsider, are mocking the draft, reporting the rumors, and trying to see through the smoke screens. Sports Illustrated recently took a look at every NFL team, projecting the "safe" pick the team could make in the first round, as well as the "surprise" pick they could make.

SI.com sees the Dolphins looking along the line of scrimmage for both the safe and surprise picks.

The safe pick, as they see it, is for Miami to select North Carolina guard Jonathan Cooper. 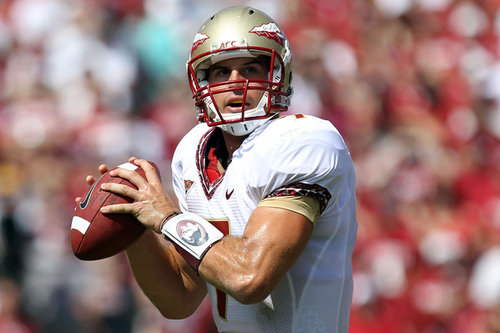 The 2013 NFL Draft is two weeks from today, with the Miami Dolphins slated to make the 12th pick in the selection process. Here's a look back at the last 10 picks made from that slot.

That offensive linemen represent the "safe" move for three of four AFC East teams [Bills: Lane Johnson, Jets: Chance Warmack] shows a couple of things: 1. That this draft, while shy on elite skill-position players, has terrific depth at tackle and guard; and 2. The O-lines in this division need some work.

For Miami, a pick of Cooper would mark the third time in three years this franchise has spent a high selection on a lineman (Mike Pouncey, Round 1 in 2011; Jonathan Martin, Round 2 in 2012). But Richie Incognito, despite a solid 2012, is not an ideal fit for Joe Philbin's zone-blocking scheme, and the Dolphins just signed Lance Louis on a one-year deal to replace John Jerry.

The athletic Cooper could make Incognito (and his $4 million salary) expendable or push Louis on the right. Either way, he'd help.

Picking Cooper is the safe route for the Dolphins. He's a player at a position of need, assuming Miami feels they need to upgrade John Jerry at right guard (and possibly move Jerry to right tackle). He's graded as a high prospect, and it really is a "safe" pick.

It's just not the pick I think the Dolphins will make. This year is not about being safe. This is an all-in type of season for the Dolphins. The moves in free agency could set up the team to be a little safer in the draft, or it could allow them to continue to be aggressive, try to right the ship as quickly as possible, and take it to the rest of the AFC East.

I'm guessing the team will continue to be aggressive.

McShay: Dolphins need to get Johnson or Fisher 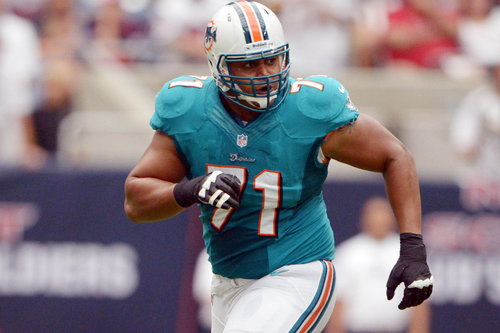 ESPN's Todd McShay spoke with their network's divisional blogs this week, discussing the 2013 NFL Draft. AFC East blogger James Walker asked McShay about the Miami Dolphins moving up in the draft this year.

Turning to SI's surprise pick for Miami, they could see the Dolphins adding a depth player in the first round, picking defensive tackle Sheldon Richardson from Missouri.

The Dolphins have Paul Soliai at one tackle spot in their 4-3 and Randy Starks at the other. So where's the need for Richardson? Well, aside from depth in the immediate future, it could come in 2013 - both Soliai and the franchise-tagged Starks are set to be unrestricted free agents next summer.

Richardson's an explosive player up front but is in need of some seasoning. The Dolphins' situation, then, might provide him the perfect blend of playing time and coaching.

Richardson would definitely be a surprise. He's not a bad pick, if you are looking at a purely best player available style draft. He could be something special, especially if Miami only plans on bringing back one (or none) of the Soliai and Starks duo. But, it's hard to see the Dolphins using their top 12 pick in the draft on a player that would sit behind two Pro Bowl players for a year - even if the team does want to continually rotate fresh linemen into the game.