The Miami Dolphins will host a draft prospect visit with Notre Dame linebacker Manti Te'o, according to a Palm Beach Post report.

Share All sharing options for: Dolphins to host Manti Te'o

The Miami Dolphins have scheduled a private visit with Notre Dame linebacker Manti Te'o ahead of the NFL Draft later this month. The Dolphins hold five picks in the first three rounds of the draft, and could look to select Te'o if he were to fall out of the first round. 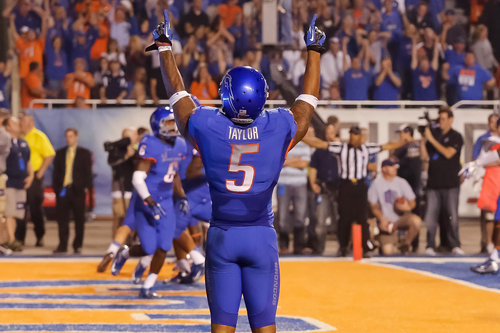 The 2013 NFL Draft is less than three weeks away. The Miami Dolphins are starting to use their allocated 30 prospect visits to get a better look at potential draft targets. Here's a list of some of the prospects who have been to, or are scheduled to visit with, Miami.

According to the Palm Beach Post's Ben Volin, Te'o is already on his way to meet with the Dolphins.

Te'o is a wildcard in this year's draft. He was once viewed as a top prospect in the draft, but a poor showing in the BCS Championship Game and again at the Scouting Combine has seen his draft stock plummet. Add in the controversy of his fake girlfriend, and some teams are likely to stay away from him.

The Dolphins are likely just doing their homework, taking a look at a possible target if the linebacker should fall. NFL teams are allowed to host 30 draft prospects before the draft. Meanwhile, Miami has already signed free agent linebackers Dannell Ellerbe and Philip Wheeler this year while releasing Karlos Dansby and Kevin Burnett.

Te'o, who according Volin has also met with the Detroit Lions, Chicago Bears, and San Diego Charger, will likely go near the end of the first round