The Miami Dolphins have made three roster moves over the past week, locking up three important pieces of the team for the 2013 season. With those moves, the Dolphins have set up their free agency plan for the offseason.

The Miami Dolphins have started executing their offseason plans. While most people have been focusing on what the team needs to do in free agency or the draft, the Dolphins have also been looking at their own players. Who should be allowed to walk away in free agency? Who needs to be re-signed? The team executed that portion of the plan over the past week.

The Dolphins are expected to make a lot of noise once free agency opens next week. But which positions should Miami look to fortify and who specifically should they target? Kevin Nogle of The Phinsider breaks down what he the thinks the team's free agency strategy should be.

The week started with Miami placing the franchise tag on defensive tackle Randy Starks. The Dolphins gave the two time Pro Bowler the $8.45 million this season to keep him off the free agent market. The Miami run defense is its strength, and Starks, along with Paul Soliai, in the middle of the defensive line is where that starts. This keeps that line together. It also means the Dolphins have extra time to workout a long term deal with Starks, or they have a year to see if Kheeston Randall or Chad Alecxih can develop into a cheaper version of Starks.

Late last night, the Dolphins re-signed wide receiver Brian Hartline to a 5-year contract worth $30.8 million. Keeping Hartline prevents the team from having another hole to fill this offseason, keeps a solid wide receiver who is coming off a career year, and the $6 million per season is not as bad as some people seem to think. It's right in line with what a number two wide out make in the league (or, think of it this way - if you are willing to see the team spend $12 million a year on a number one receiver, do you really see a number two wide out as worth less than half of that?). Wide receivers are one of the positions that is seeing salary increases, even over just a few years ago. Hartline has chemistry with second year quarterback Ryan Tannehill already - why gamble that someone else, who would be making the same $6 million a year if we signed him off free agency, will be able to replicate that relationship? 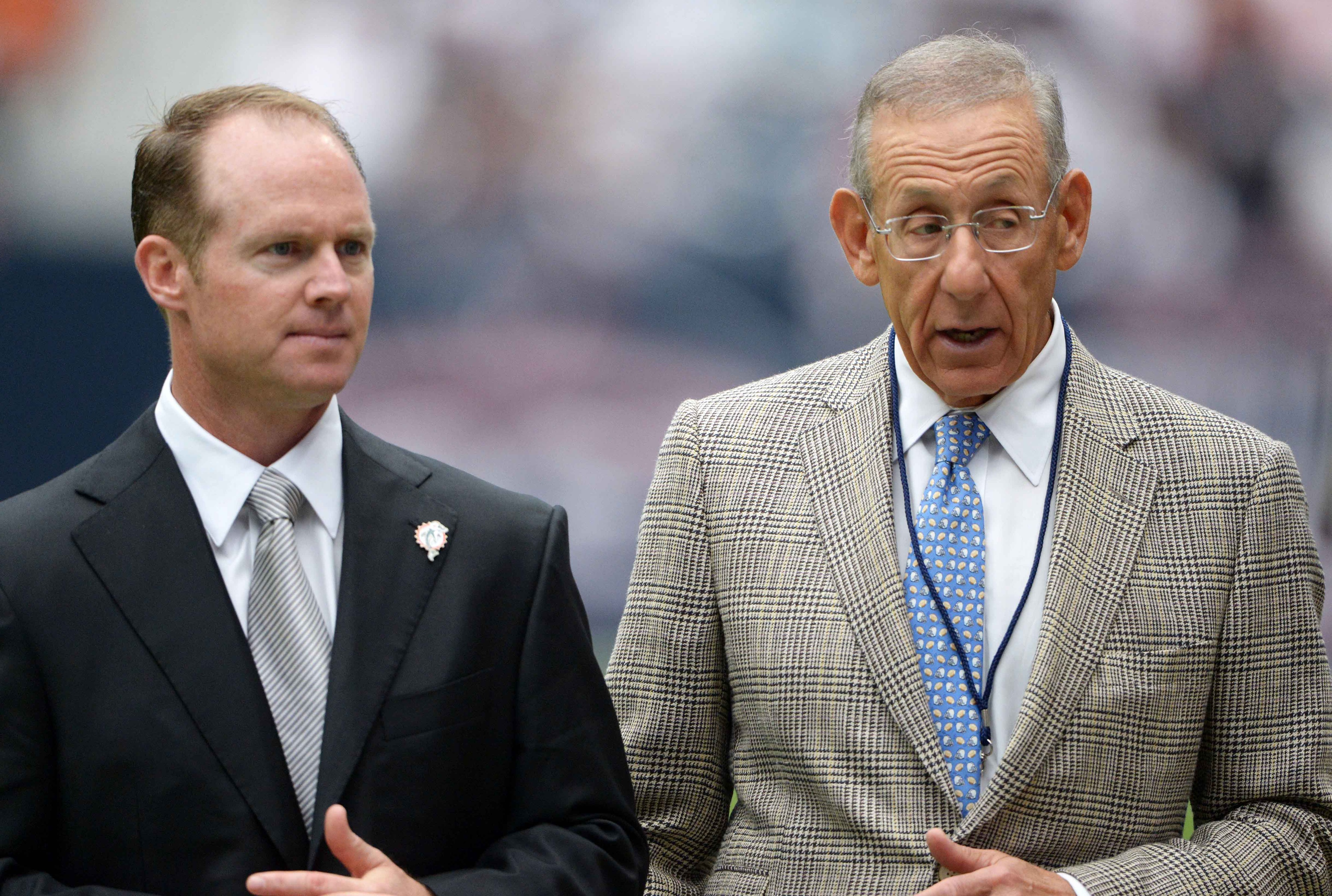 Early this morning, word also came out that the Dolphins had retained backup quarterback Matt Moore. The team gave Moore a two-year, $8 million contract, which is a little steep, but it also keeps one of, if not the best, backup quarterbacks in the NFL in Miami. It's important, not just for the team in case something happens to Tannehill this year, but it also keeps someone who can help Tannehill develop as an NFL player on the roster. Moore gets a little more money that he probably should have, but he is also giving up the chance to try to find a starting job this year. Seems like a fair trade.

Of course, none of the specific cap hits for the two re-signings is known yet, but nothing here should prevent the Dolphins from being able to land the big names we all want to see this offseason. The team is going to pursue Mike Wallace or Greg Jennings. They will probably look for a tight end like Jared Cook or Martellus Bennett. They can still do exactly what they want to do this year, while shoring up the team with the roster moves from this week.

The fun of free agency kicks off tonight with the new free agency negotiations period. The team has positioned itself well heading into this weekend. Now, can they work the right phones and offer the right deals to make this one of the most important offseasons in team history.