The Miami Dolphins hit defensive tackle Randy Starks with the franchise tag this morning. With that tag, the Dolphins may have taken themselves out of the hunt for defensive help in free agency. Looking at offense should be the right answer for a weapon starved team.

Share All sharing options for: Starks Franchise Tag Could Have Miami Looking Offense in Free Agency

But, what does this move mean for the Dolphins in free agency? What can we infer from the move?

Signing Starks to a guaranteed $8.45 million this year takes a large bite out of the Dolphins’ salary cap space. Of course, the two sides could come to an agreement later that gives the team back some of that space, but, for now, the Dolphins are working with around $37 million. 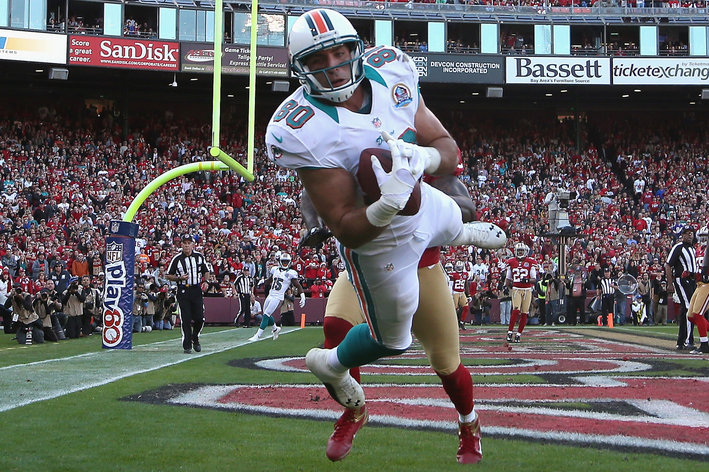 A continuation of our looks at the players available in free agency this year. We will go position by position until we have built our entire free agency list. From there, we will be able to track every free agent signing this year.

More importantly, the move could signify what the Dolphins intend to do in free agency, which starts at the end of this week. Tagging Starks keeps together the Dolphins’ defensive line, and will likely keep defensive end Jared Odrick out wide, rather than move him inside to his college position of defensive tackle. It also, probably, means the Dolphins are not enamored with any of the available defensive tackles set to hit free agency this year. The team either does not like any of them, or does not like what they have heard about salary expectations. Now, the Dolphins can focus on offensive weapons, and possibly the defensive secondary, in free agency, and use the draft to try to find the pass rushing help the team needs opposite All Pro defensive end Cameron Wake.

Of course, the Dolphins could also rely on a combination of Odrick, 2012 third round pick Olivier Vernon, and 2012 undrafted free agent Derrick Shelby, assuming the team thinks highly of Vernon or Shelby in that situation.

The Dolphins will likely still target free agents on the offensive side of the ball, particularly at the wide receiver and tight end positions. The team is said to have Pittsburgh Steelers wide out Mike Wallace as their top target this year, and have also been rumored to be interested in Green Bay Packers receiver Greg Jennings, though those rumors have tapered off as of late.

Miami could also be in the market for a player like either tight end Matellus Bennett or Jared Cook (who reportedly won’t be tagged by the Tennessee Titans).

Starks being tagged signals that the Dolphins will, most likely, focus on the offense in free agency this year. With a young team, and a young quarterback, that may have been the best decision they could make.