The Miami Dolphins signed free agent cornerback Brent Grimes yesterday, bringing the former Pro Bowler to a secondary in need of upgrading. After he arrived in Miami, he explained that the future of the franchise is why he wanted to come to the Dolphins.

Share All sharing options for: Brent Grimes tells Miami media "They are building something great here"

The Miami Dolphins filled another hole on their roster yesterday by signing free agent cornerback Brent Grimes. The 2010 Pro Bowler from the Atlanta Falcons will immediately move into the Dolphins' starting lineup, likely moving Nolan Carroll into the third cornerback role.

Could the Miami Dolphins really draft Jonathan Cooper in the first round? 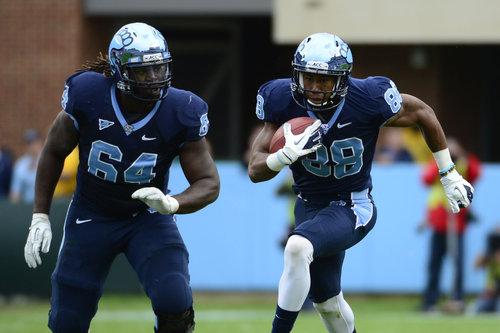 The Miami Dolphins are positioning themselves to select the best player available in the first round of April's NFL Draft. But, could that player end up being guard Jonathan Cooper, and the team's third first round offensive lineman since 2008?

The Dolphins and Grimes have been working toward this deal, a one-year, $5.5 million contract, for the last couple of weeks. The two sides were finally able to come together and, while the Dolphins still need to consider the position in the draft, adding Grimes was another big piece of the Dolphins' offseason reformation this year.

Grimes sees the potential for the Dolphins as well. "It seemed like a great opportunity and they stressed they wanted me here," Grimes explained on why he chose Miami during his introductory press conference. "That is always something that a person likes to hear. Jeff Ireland, the Head Caoch Joe Philbin and the Defensive Coordinator Kevin Coyle and the DB coach were all in contact with me and telling me that they really wanted me here and I can be a big part on what they are trying to do. That played a major role in me deciding to come to Miami."

Grimes also discussed the length of time it took to get the deal complete. "I've never been a free agent so I was dealing with my agent," he said. "He was working and getting the stuff together. I was just going on visits. I picked Miami because I think they are building something great here and I would love to be a part of it. They really showed a lot of interest in having me here. That played a major role in me deciding to come to Miami."

"We are happy that we have reached an agreement with Brent," general manager Jeff Ireland said about the signing. "He will be a great addition to the secondary both on the field and in the meeting room."

I picked Miami because I think they are building something great here. -Brent Grimes

The biggest concern about Grimes is the status of his Achilles tendon. He injured it in the first game of the season last year and missed the remainder of the season after being placed on injured reserve. "Obviously it hurts our depth anytime you lose a player of that caliber," Falcons coach Mike Smith said after the injury. "Brent has made a number of big plays since we've been here. He's been the cornerstone at that corner position, on both the left and right side. We've got to have that next-man-up mentality. That's how we have to approach it."

Grimes was asked about his injury yesterday. "I am doing great. I'm doing everything. It's just about getting all of your strength back to where you were before. As far as...I don't have any restrictions right now. My workouts, if you look on the internet, my wife is always putting up videos of me doing stuff. I am doing great. I am really encouraged by this rehab. I look it as a challenge and I respond well to challenges and I am 100% confident that I will be straight in no time.

"I am not going to do timeframes," he continued. "I just know the surgeon (said) six to eight months or something like that, but I feel great. Like I said, I don't have any restrictions right now. I am running and everything. It's just building up your strength and everything. That's part of the process, but I have plenty of time. With the offseason workouts and getting everything in shape, I will be great."

The Dolphins begin their offseason conditioning program on April 15, with the first official Organized Team Activity May 21-23. Grimes is hoping to be able to at least complete some of the workouts and practices.