The Miami Dolphins have signed free agent cornerback Brent Grimes today. According to ESPN, the deal is a 1-year, $5.5 million contract.

The Miami Dolphins have continued their offseason of upgrades through free agency, today signing cornerback Brent Grimes. According to ESPN, the deal is a one year, $5.5 million contract. 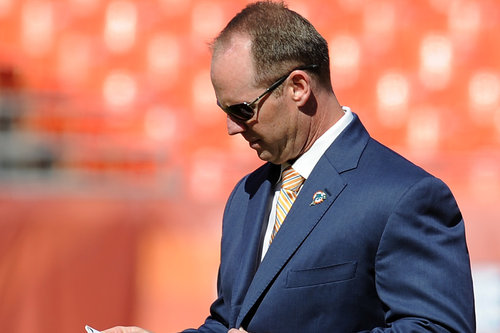 With free agency slowing down and the NFL draft on the horizon, it's time to review the current Miami Dolphins' salary cap situation, as well as some of the other teams around the league.

Grimes spent the first six years of his career with the Atlanta Falcons after signing as an undrafted free agent. He has 43 starts in 59 appearances with the Falcons, 13 interceptions, 56 passes defensed, and 225 tackles. He only played one game in 2012 due to an Achilles injury he suffered in Week 1.

The move upgrades the Dolphins starting cornerback position and fills a hole left when Sean Smith departed for Kansas City during this free agency period.

Grimes made $10 million with the Falcons last season, and was thought to be looking for a deal in the $8 million range this year.

The Dolphins could still look to upgrade the cornerback position in the NFL Draft in late April. The team currently has Grimes, Richard Marshall, Nolan Carroll, R.J. Stanford, Dimitri Patterson, and Julian Posey on the roster. Carroll, at 6',1" is the biggest of the group, so Miami could still be looking to add a big cornerback to match up against some of the bigger wide receivers in the NFL.

More: Could Dolphins really draft Cooper in the first? An Offseason of Hope for the Miami Dolphins Dolphins Announce Offseason Workout Schedule