Report: Dolphins will repay portion of public funds, Pay penalties if not 4 Super Bowls in 30 years

The Miami Herald had an exceptional break down of the Miami Dolphins' concessions and agreements in the effort to receive public funding for the renovation of Sun Life Stadium. The team, according to the report, is asking for less money, will repay a large portion of that, and has built penalties into the system if they don't land Super Bowls.

Share All sharing options for: Report: Dolphins will repay portion of public funds, Pay penalties if not 4 Super Bowls in 30 years

Yesterday, the Miami Herald's Armando Salguero published an exceptional break down of the Miami Dolphins' current concessions and agreements made toward landing the public funding they need to renovate Sun Life Stadium. These are in addition to the offers last week to allow Miami-Dade County to pull the money back if the team is not awarded Super Bowl L or LI and to pay the county back for the public referendum on the money.

Ravens to open season on road, Miami a possibility/h2> 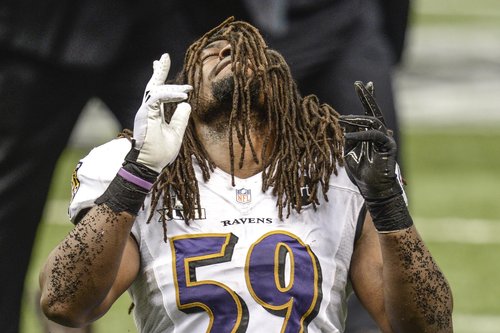 Over the past few years, the NFL's tradition has been for the Super Bowl champions to host the Kickoff Game on Thursday Night Football. This year, however, it looks like the Baltimore Ravens will be on the road to start the season due to a conflict with the Orioles.

According to Salguero's report, the estimate being used by the county and the team is not the $400 million widely being used, but is $389 million. The team has agreed to pay for $225 million of it, meaning public funds would pay for $164 million, or 43% of the project. The team has also agreed to pay back $120 million of the funding when the state sales-tax rebate ends in 30 years. The Dolphins would also pay for any cost overruns from the project.

The agreement would be honored, even if the team is told, and the Dolphins would sign a non-relocation agreement to keep the team in Miami until at least 2043.

The Dolphins also offered to pay penalties if they cannot bring high profile events to the city. The team would have to land four Super Bowls over the next 30 years, as well as four NCAA National Championship games, and 22 soccer matches. The team could end up paying $100 million in those penalties.

Sun Life Stadium continues to be a privately owned stadium under the deal, which means Dolphins owner Stephen Ross would still be responsible for paying property taxes. According to Salguero, that was a $4 million bill in 2012.

Check out the full details of Salguero's exceptional article here.