According to a report, the NFL will release their 2013 season schedule.

Share All sharing options for: Report: NFL Schedule to be Released April 16

The NFL will release its 2013 schedule on April 16, according to a report from the Sports Business Journal. The schedule will set the dates of each game for all 32 teams. The teams already know their 2013 opponents. 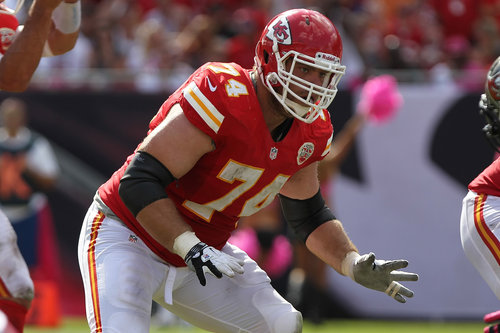 While the free agency period is slowing down, that does not mean the Miami Dolphins, this year's big spenders, are done with their shopping spree yet. Here's a look at some of the potential targets the Dolphins could have after a week of free agency.

The league is still working with Major League Baseball and Baltimore Orioles to deconflict the season opener. Traditionally, the reigning Super Bowl Champions hosts the first game of the season on Thursday Night Football. However, the MLB schedule has the Orioles hosting the Chicago White Sox on September 5. With the Baltimore Ravens and the Orioles sharing a parking lot, the two teams cannot host games at the same time.

As for the Miami Dolphins' schedule, the team will host the Atlanta Falcons, Carolina Panthers, Cincinnati Bengals, San Diego Chargers, and the Super Bowl Champion Ravens in 2013, along with their three AFC East Division rivals, the Buffalo Bills, the New England Patriots, and the New York Jets.

The Dolphins will visit the Bills, Patriots, and Jets, along with the Cleveland Browns, Indianapolis Colts, New Orleans Saints, Pittsburgh Steelers, and the Tampa Bay Buccaneers.