The NFL Scouting Combine has come and gone. Reactions to the workouts are starting to trickle in. Yesterday, NFL.com analyst Mike Mayock updated his rankings of the top five prospects at each position, with players rising and falling based on their Combine performance.

NFL.com and NFL Network analyst Mike Mayock released his updated player rankings by position for the NFL Draft in April. Taking into account each player's performance at the NFL Combine last weekend, Mayock had players rise and fall through his top five at each position. Here's a look at some of the areas the Miami Dolphins should be targeting this April:

A look at positional value in the NFL 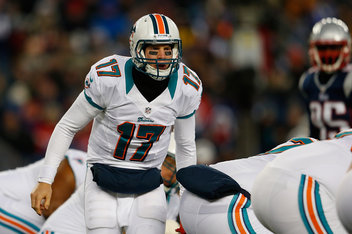 All positions in football are important, but they don't all have the same value. Which positions rank higher than others?