Share All sharing options for: Dolphins Salary Cap for 2013 and 2014

The Miami Dolphins have attacked free agency this year, signing multiple players and dominating the offseason. What has that aggressive mentality done to the Dolphins' salary cap this year? What has it done to the 2014 cap? Here's a look at the room the team has to continue to make moves this year, as well as what space they will have when cap numbers start to jump next year.

All salary cap numbers via Spotrac.com.


In the offseason and preseason, the NFL only counts the top 51 contracts on every team's roster. Teams can carry up to 90 players during the offseason. Here's a look at all 60 of the players on the Dolphins' current roster:

The first thing that people should notice is Karlos Dansby and Kevin Burnett are still on the roster, despite having been released. Both players were designated "June 1" cuts by the Dolphins when they were released. According to the new NFL Collective Bargaining Agreement, a team can choose to designate two players per season as June 1 cuts, even though they will then release the player ahead of June 1. That player's entire salary is carried on the team's salary cap, as if the player were still on the team. Then, on June 1, the salary comes off, leaving just any dead money remaining for the player, but that money is split over two season. So, for the Dolphins, Dansby and Burnett will see their dead money split over 2013 and 2014, although it's still carried as a full salary right now. In fact, Burnett has already signed with the Oakland Raiders, meaning he is counting as a full salary on two rosters currently.

Doing the math to start to figure out how much room the Dolphins have left this year:

Unfortunately, that's not the only number we need to take out of the salary cap. We have to also calculate the dead money sitting on the Dolphins' books right now. Dead money is any bonus or guaranteed money that has not been accounted for against a salary cap number previous. When a player signs his contract, any salary cap bonus given is split equally over the life of the contract for salary cap purposes. Then, any guaranteed money that is given to the player, but has not been paid when he is released or traded will also be counted against the cap. In 2013, for the Dolphins, that means:

Now, we can calculate the Dolphins' remaining salary cap space for 2013:

So, the Dolphins have about $16.5 million left to spend this offseason. Here's where things get a little interesting - and is somewhat genius on Miami's part so far. Typically, a team needs to keep between $11-$16 million in reserve after free agency, in order to sign their draft picks ($6-$7 million) and have some money available for in season signings, practice squad salaries, and other operating expenses. The Dolphins don't have to worry about that however; Miami can spend nearly all of that $16,490,600 right now. 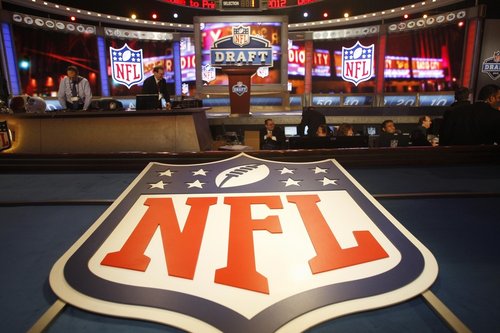 The NFL announced compensatory picks for next month's NFL Draft. The Miami Dolphins were awarded a 5th round and a 7th round pick this year.

Add in potential restructuring of contracts, especially the $8.45 million cap number from the franchise tag on defensive tackle Randy Starks, and suddenly the team has a lot of space remaining this year to continue the shopping spree.

The 2014 salary cap is expected to be nearly equal to this year's cap. Assuming that is true, we will start with the same $123 million number. Obviously, there is no roll over from this year yet, so we will just use that number.

Once again, only the Top 51 players will count for the Dolphins' in the 2014 offseason, however, the team only has 38 players under contract through the season:

Before we continue building the salary cap space for 2014, here's a look at the free agents the Dolphins will have next offseason, if no extensions are worked out this year:

Going back to the salary cap number, currently, the Dolphins have two dead money contracts, Dansby and Burnett, in 2014:

Now, we can calculate the Dolphins' remaining salary cap space for 2014:

As it currently stands, the Dolphins will have nearly $25.5 million next offseason. Of course, this doesn't account for the rookie contracts from this year, and the team will likely rework or release players scheduled to have high cap numbers next year (Matt Moore, Dimitri Patterson), so the number will change drastically. But, at least as of now, the team still has a decent amount under the salary cap for next year.

Somehow, the Dolphins are working the salary cap well enough to keep space next season, even with the spending spree going on right now.