Former Miami Dolphins cornerback Sean Smith has agreed to terms with the Kansas City Chiefs today. Smith and the Chiefs were rumored to be interested in each other during the NFL Scouting Combine, and now it appears that was real.

During the NFL Scouting Combine, teams and players have indirect, not quite legal, contact as front office personnel discuss possible contract numbers with player agents. While the league looks the other way, it's a place where rumors and possible destinations for a soon-to-be free agent can start to emerge. 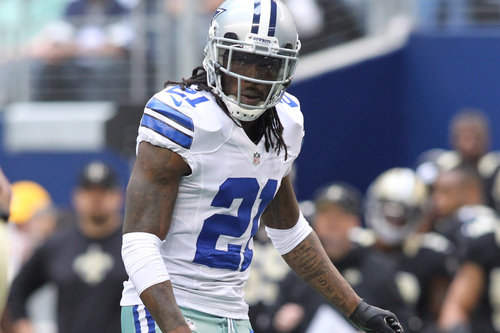 The NFL is entering day three of the 2013 NFL Free Agency Period. As we get ready for what could be a busy day as teams start to look for value signings over the big name, big money deals, here's an update of the Dolphins' needs.

One player who saw that happen this year is Sean Smith, the former Miami Dolphins cornerback. Smith to the Kansas City Chiefs began to receive speculation. It didn't help when former Dolphins teammate Vontae Davis, who is now with the Indianapolis Colts, sent out a tweet that basically alleged that Smith himself had been talking to the Chiefs - which the league would consider tampering.

However, the Dolphins did not really seem interested in pursuing a tampering charge, especially since, the only evidence may be Davis' tweet.

Today, those rumors proved true as Smith agreed to terms with the Chiefs. According to Smith's agent, the deal is a three year contract:

Miami had wanted to bring back their 2009 second round pick, but were not willing to pay the assumed asking price for Smith. Talks between the Dolphins and Smith seemed to cool as the free agency period got closer, and Smith moving on is not a big surprise.

But, at least we know putting out an APB for a missing free agent market actually works.