The Miami Dolphins and free agent tight end Dustin Keller met yesterday to discuss a possible deal. The move would add another offensive weapon to the Miami Dolphins offense, as well as steal away a weapon from their AFC East Division rival New York Jets.

The Miami Dolphins took a day off from the mass of signings that happened on Tuesday. While no signings happened during the day, the team was not stagnant. During the day on Wednesday, the team met with free agent tight end Dustin Keller. 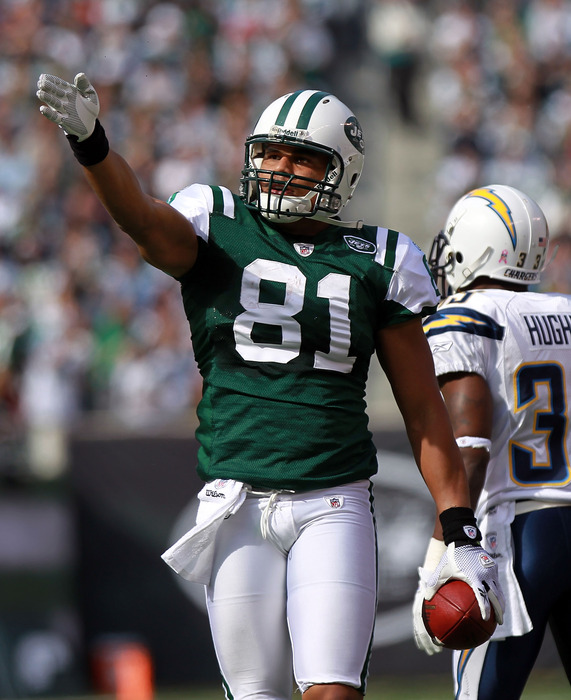 The Miami Dolphins are still in the free agency game, a day after the madness that brought Mike Wallace, Dannell Ellerbe, and Philip Wheeler to the team. The team is not yet out of play for more free agent signings.

Keller was in Miami to meet with team officials and take a physical. At the end of the day, no official offer had been made, but expectations are that some time today, that offer will come.

Signing Keller will give the Dolphins another weapon around second year quarterback Ryan Tannehill and upgrade the offense. It will also take a weapon away from the New York Jets, Miami's AFC East division rivals.

In five years with the Jets, Keller has 241 receptions for 2,876 yards and 17 touchdowns. He fought hamstring and ankle injuries last year, only playing in eight of the team's 16 games. Before that, Keller had not missed a game in his career.