The Miami Dolphins dominated free agency yesterday, signing players left right and center, as well as releasing others. Here's a run down of everything that happened during the day:

Miami Dolphins general manager Jeff Ireland played free agency yesterday like he was making it rain with someone else's money. The Dolphins were all over the place, signing players destined to return to their own team, landing the top guy at the wide receiver position, and getting rid of players on the roster who no longer fit the team's scheme.

Here's a look back at how the day happened:

Free agency opened at 4pm ET yesterday afternoon. Wasting no time to get into the game, reports surfaced just 17 minutes later that wide receiver Mike Wallace was on his way to the Dolphins' facility to take his physical and sign a 5-year contract. Over the next 30 minutes, the reports continued to develop until it was clear, the Dolphins and Wallace had a done deal, paying Wallace around $60 million with $30 million in guaranteed money.

Of course, for the last few days, the move seemed like a done deal, and most teams knew it was going to happen. However, as Dolphins fans, until the deal was announced, there was always going to be a sense of dread.

And @claytonespn reports Dolphins give Mike Wallace a five-year deal worth up to $65 million. 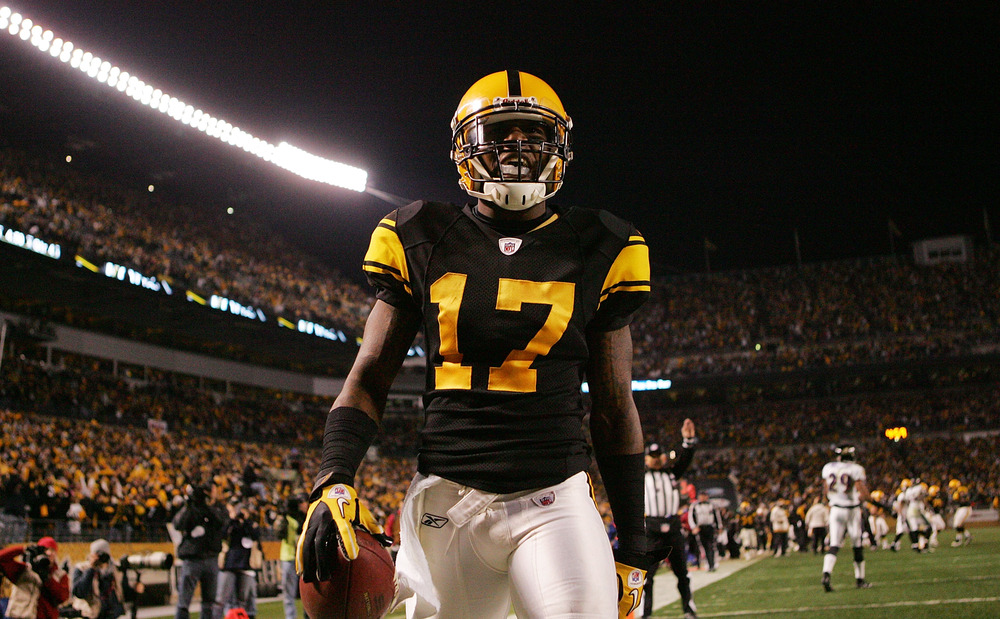 The Dolphins took a breath, then jumped back into the fray, with word coming out that the team had re-signed safety Chris Clemons to a one year deal. The move keeps Clemons paired up with Reshad Jones, and fills a hole the Dolphins needed to address. 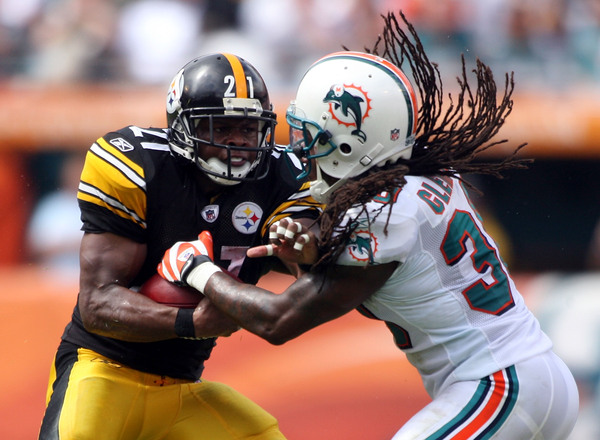 Just seven minutes later, word leaked that the team had scored the first surprise of the free agent period, stealing linebacker Dannell Ellerbe from the Baltimore Ravens. According to reports, the odd 72-hour pre-free agency negotiating period was directly responsible for the signing of Ellerbe. Ellerbe was expected to re-sign with the Ravens, but after his agent received word of what "other teams" were willing to send his way, Ellerbe was no longer in the Ravens' market. And the Dolphins scored a flat out steal.

Ravens linebacker Dannell Ellerbe reaches agreement in principle with Miami Dolphins, per a league source with knowledge of deal 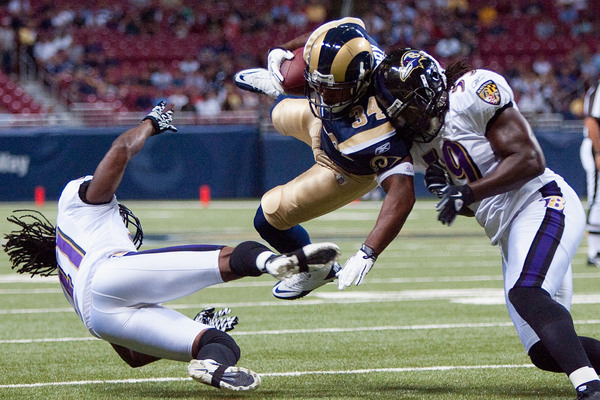 Just under an hour later, the Dolphins released starting middle linebacker Karlos Dansby. The move freed up cap space for the Dolphins, moved an aging veteran off the team's roster, and foreshadowed moves later in the afternoon. 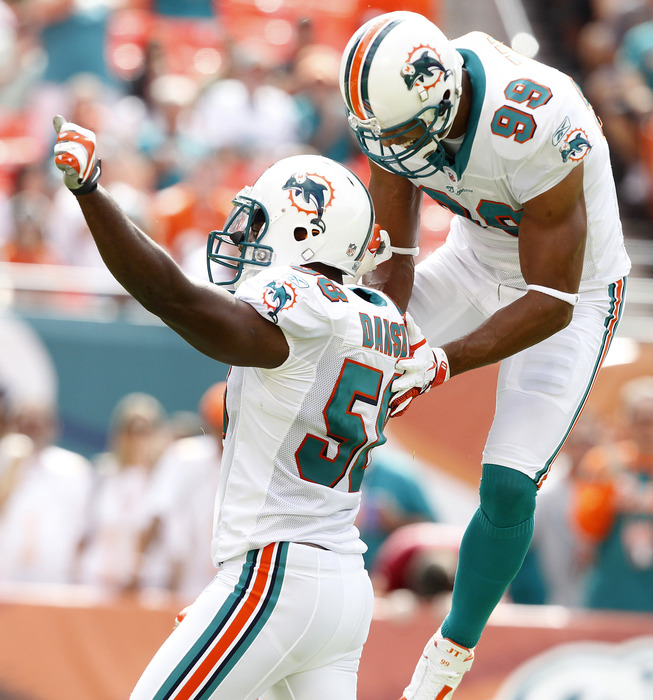 It took about 20 minutes for the Dolphins visit with the Dolphins on Wednesday to turn into a contract signing. The Dolphins stole another linebacker expected to return to his team, and a player who was described as the best player on the defense, this time in former Oakland Raiders linebacker Philip Wheeler. Miami continued to look for young linebackers, with the ability to cover tight ends.

Phillip Wheeler agrees to terms with Dolphins, per league source. 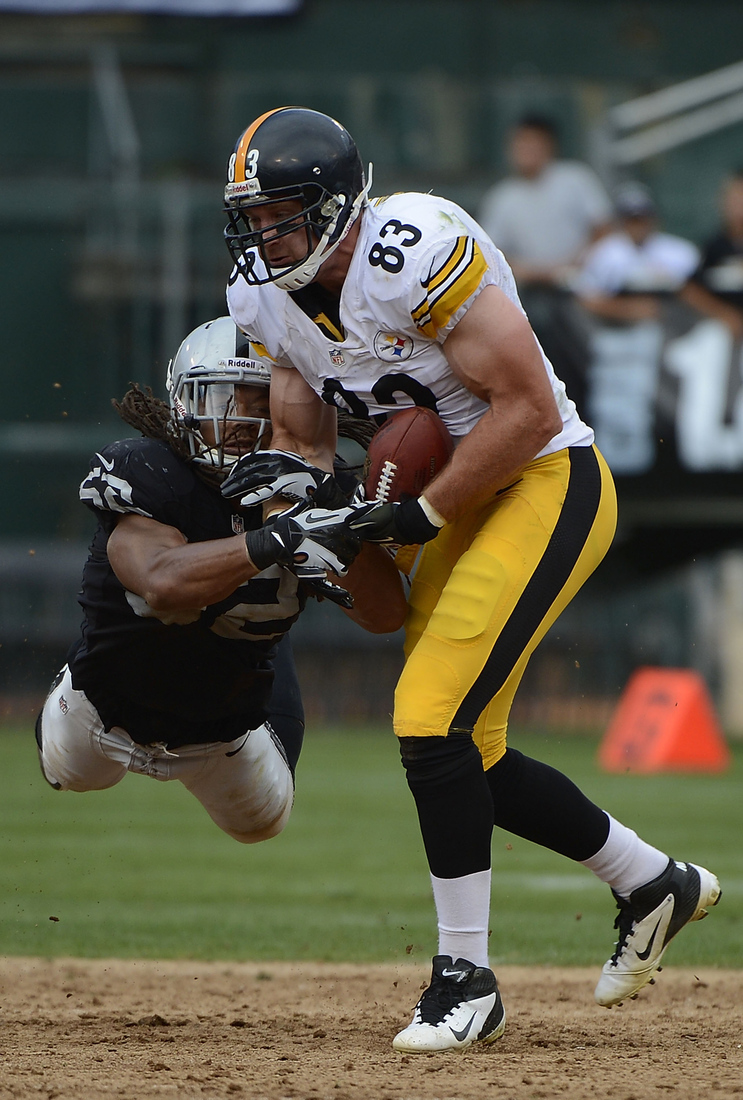 Just as happened with Dansby earlier in the day, the signing of a young linebacker meant the release of a older one. This time, Kevin Burnett got the ax, and the Dolphins saved about $800,000 between letting Burnett go and signing Wheeler.

miami has informed linebacker kevin burnett that he is being released. #dolphins 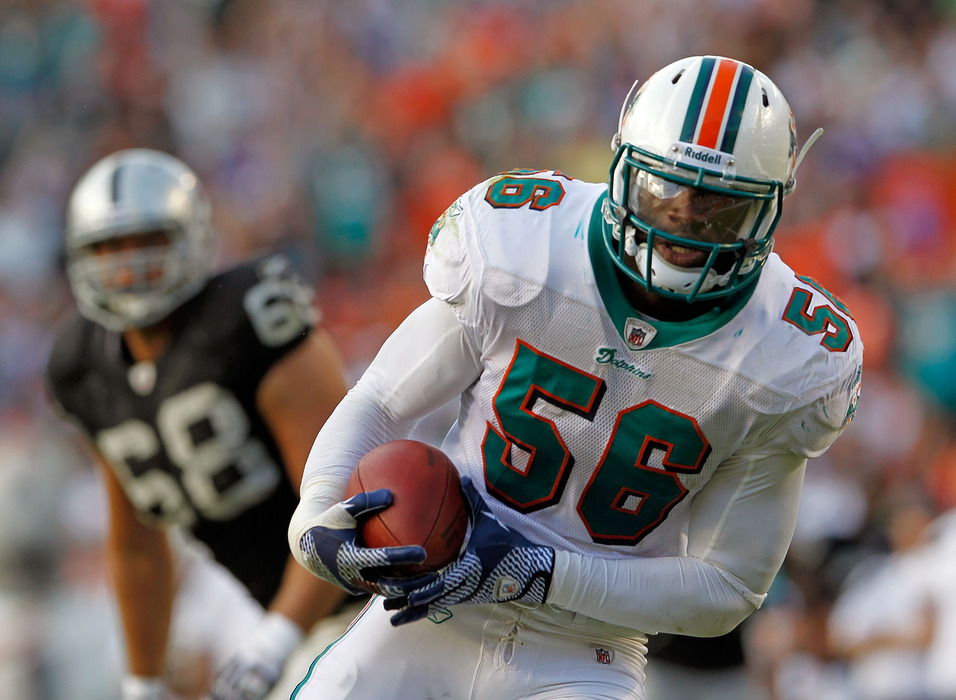 That Dolphins' tweet about "More to come" wasn't a joke. They're definitely not done yet, I'm hearing. Very aware of needs. 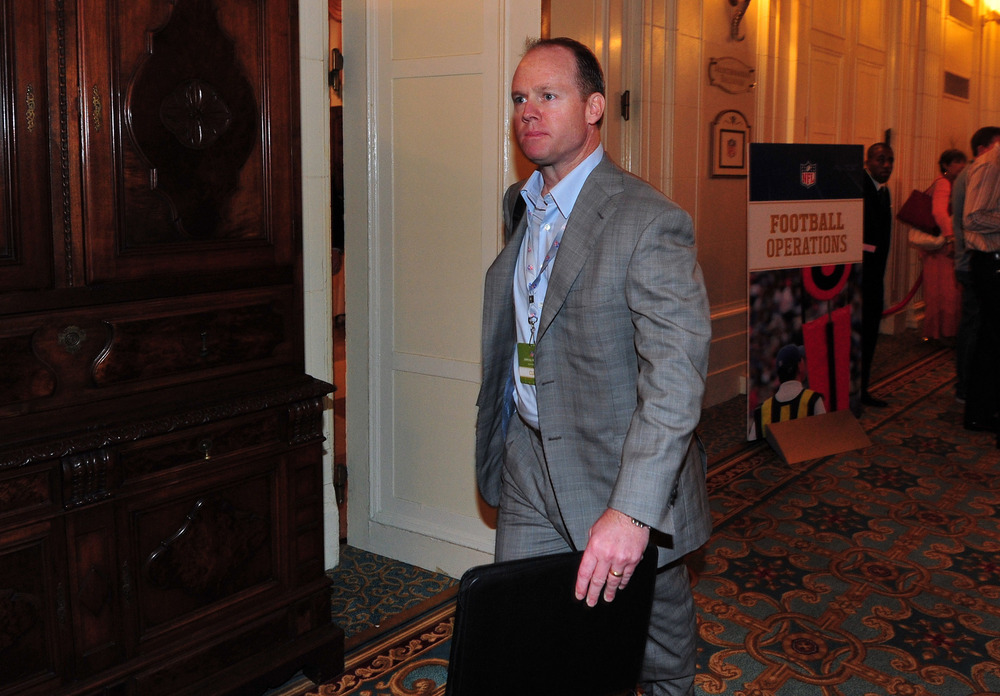