Let's face it, the Miami Dolphins have been the story of the first day of the 2013 NFL free agency period. While that's not always a good thing, the Dolphins seem to be piecing together a younger, upgraded team, and are trying to find the way to dethrone the New England Patriots in the AFC East. 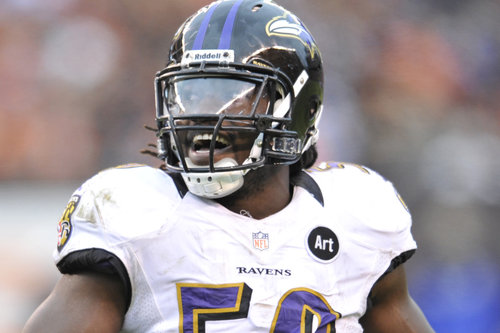 The Miami Dolphins have agreed to terms with linebacker Dannell Ellerbe. Ellerbe spent his first four years in the league with the Baltimore Ravens.

Earlier today, the Dolphins signed wide receiver Mike Wallace to a 5-year deal worth $65 million. The team then brought safety Chris Clemons back on a one year deal. Just after that, the team added linebacker Dannell Ellerbe on a 5-year, $35 million contract.

Things appeared to slow down, with the Dolphins planning to meet tomorrow with linebacker Philip Wheeler. But, that changed when Pro Football Talk reported that the team wasn't going to be meeting with Wheeler tomorrow, they were instead agreeing to terms with him tonight.

Five years, $26 million for Wheeler in Miami, with $13 fully guaranteed.

Wheeler spent last year with the Oakland Raiders after four years with the Indianapolis Colts. He has five sacks, three forced fumbles, and 301 tackles in his career. Wheeler was considered the top defensive player for the Raiders last year. Now, he's in Miami.

The Dolphins released Karlos Dansby following the signing of Ellerbe. The team could be looking to release Kevin Burnett with the addition of Wheeler, or could move Koa Misi to defensive end in 2013.