Earlier today, the Miami Dolphins added Mike Wallace to their roster, signing their top free agent target. How does the signing impact the Dolphins offensive depth chart? Here’s a look.

Obviously, Wallace will take the number one wide receiver position, with Brian Hartline sliding to second and Bess to the third slot. Most likely, the Dolphins will do what they did last year and list Bess as a third starting receiver with Wallace and Hartline. Behind those three, the depth chart is a mass of players, all of whom could claim a role on the final roster in September, could find themselves on the practice squad, or possibly find themselves looking for a job. 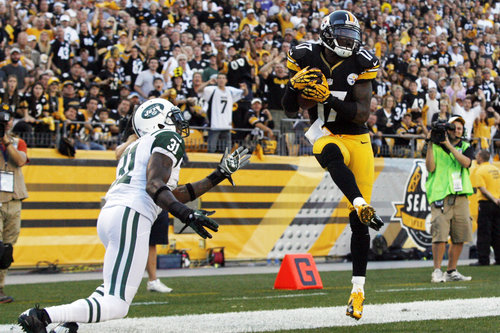 As the roster stands, Rishard Matthews and Armon Binns will likely be the fourth and fifth wide outs, with Jeff Fuller and Brian Tyms looking to secure the final roster position. I give the nod, slightly, to Fuller because of his connection to Tannehill and offensive coordinator Mike Sherman when all three were at Texas A&M.

Miami will likely add additional receivers in the draft next month.