The Miami Dolphins have made their first strike in the NFL’s 2013 free agency period, agreeing to terms with coveted wide receiver Mike Wallace. Wallace will immediately upgrade the Dolphins’ receiving corps, adding speed alongside Brian Hartline and Davone Bess.

The deal is done. Mike Wallace agreed to a five year deal with the Miami Dolphins today.

The Miami Dolphins have signed free agent wide receiver Mike Wallace today. Wallace was considered the Dolphins' top free agent target this year, and they have landed him.

Wallace spent the first four years of his career with the Pittsburgh Steelers. During that time, he caught 235 passes for 4,042 yards, with 32 touchdowns. He was a Pro Bowl selection in 2011. 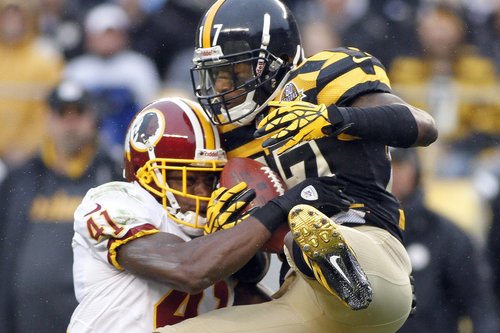 The Dolphins were targeting the wide receiver position this offseason, looking to build weapons around second year quarterback Ryan Tannehill. Wallace qualifies as a weapon simply based on his speed. He can get over the top of the defense on every play, forcing teams to rotate safeties to help cornerbacks.

Miami came into this offseason with the third most salary cap space in the league, before placing the franchise tag on defensive tackle Randy Starks and re-signing receiver Brian Hartline and quarterback Matt Moore. The team came into today with around $30 million in remaining space.

The Dolphins are expected to be active over the next few days, adding some big pieces to the roster. The team is rumored to be targeting tight end Jared Cook, running back Rashard Mendenhall, and tackle Eric Winston. They could also bring back their own free agents, to include cornerback Sean Smith or tackle Jake Long.