Earlier today, we took a depressing look at some of the biggest failures in free agency for the Miami Dolphins. Now, we turn to the better side of that discussion, and we do it with a bigger list. Instead of just the top five free agent signings for the Dolphins, here are the top ten best signings in team history:

10. Jay Fiedler (2000): After bouncing between Philadelphia, Minnesota, and Jacksonville, playing for three seasons over a five year span, the Dolphins brought in Fiedler. He never stood a chance with Miami fans. He was the man who replaced Dan Marino, and nothing he did, short of winning a Super Bowl, would be enough. In five seasons with the Dolphins, Fiedler made the playoffs twice, wining the AFC East in 2000 and 2001, the only two times the team would make the playoffs this century, save 2008's miracle turn around. Fiedler left Miami after the 2004 season, having compiled a 36-23 record, with 11,040 yards passing on 1,603 attempts, a 58.7% completion rate, 66 touchdowns, 63 interceptions, and a 76.8 passer rating. 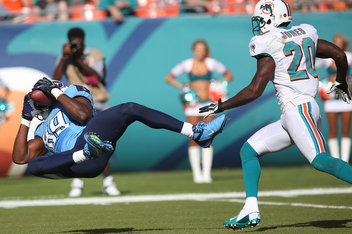 The Miami Dolphins are looking to upgrade their offensive weapons this offseason. While the primary focus among fans has been on wide receivers, the tight end position is also in need of an upgrade, and the team seems to realize it.

9. Keith Jackson (1992): Jackson started his career with Philadelphia, making the Pro Bowl and being a First Team All Pro selection in each of his first three years. After a fourth in Philadelphia, Jackson signed with the Dolphins, where he played for three seasons. During that time, he started 42 of 44 game splayed, caught 146 passes for 2,756 yards and 20 touchdowns. He was named to the 1992 Pro Bowl with the Dolphins. After the 1994 season, Jackson left for Green Bay, where he won a Super Bowl and was named to the Pro Bowl for the fifth time.

8. Garo Yepremian (1970): The first of the Don Shula free agent signings to make our list is a kicker. But, yes, a kicker is one of Miami's best free agent signings. After two years with the Detroit Lions, Yepremian was released, being picked up by the Dolphins for the 1970 season. Over the nine years with Miami, Yepremian would score 830 points, which is still second on the team, having only been passed by Olindo Mare. He would be named to three Pro Bowls, was a two time First Team All Pro selection, and a two time Super Bowl champion. Of course, he will always be remembered for the Super Bowl folly, but Yepremian was a major part of the 1970s Dolphins teams - and was named to the NFL's All Decade Team for the 70s.

7. Earl Morrall (1972): After coming to the Dolphins in 1970, Shula signed his former Baltimore Colts quarterback in 1972, and it could not have come at a better time. Already in his 17th NFL season, Morrall came in as the backup quarterback to Bob Griese, and assumed the starting role in Week 4 when Griese was lost to a broken ankle. Morrall would start the remaining nine games of the regular season, then the Division and AFC Championship playoff games - winning all 11 and keeping the Dolphins' Perfect Season alive. Griese would replace Morrall at the half of the AFC Championship game and start the Super Bowl, but without Morrall, no team in the NFL would have an undefeated season. In five seasons with the Dolphins, Morrall had an 11-1 record, with 6,280 passing yards, 52 touchdowns, 41 interceptions, and a 76.4 passer rating. He was selected as the First Team All Pro quarterback after the 1972 season. 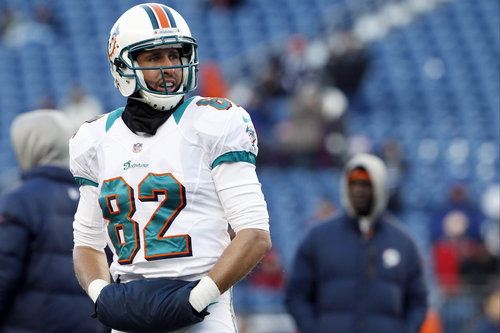 6. Chad Pennington (2008): Similar to Morrall, Chad Pennington dropped to the Dolphins unexpectedly, and magic happened in that first season. The Dolphins were coming off the worst season in team history, having barely escaped from being the first team to ever go 0-16 with a one win season in 2007. The 2008 season did not look any better, and the team was likely to start rookie quarterback Chad Henne, who they selected in the second round of the draft. Instead, the New York Jets released their long time starter, and Bill Parcells immediately signed him. The 2008 Dolphins season would tie the record for largest turn around in NFL history, as the Dolphins "moved the hyphen" going from 1-15 to 11-5. Miami won the AFC East that year, the only time in the last 11 years that the New England Patriots have not won it. Pennington would suffer series shoulder injuries in each of the next two seasons before retiring, but that one season will forever be magical in Dolphins fans memories. During his three years in Miami, he started 20 games, going 12-8, with 4,085 yards passing, a 67.6 completion rating, 20 touchdowns, and 9 interceptions, for a passer rating of 94.5. He led the league in completion percentage in 2008 at 67.4% and was second in the league with a 97.4 passer rating. He also won NFL Comeback Player of the Year for the second time in three years.

5. Randy Starks (2008): Since signing with the Dolphins in 2008, Starks has bounced back and forth between playing defensive end and defensive tackle. It hasn't mattered. He's been to the Pro Bowl twice, once at each position, in the last three years. Starks has played 80 games for the Dolphins, starting 67 times. He has recorded 22 sacks, four interceptions, and 175 tackles. The Dolphins franchise tagged Starks this season, keeping the core of the Dolphins run defense together, with 2011 Pro Bowl defensive tackle Paul Soliai, on the defensive line.

4. Manny Fernandez (1968): Signed as an undrafted free agent, Fernandez became a dominant defensive lineman for the Dolphins. In an era before tackles and sacks were recorded, Fernandez was a wrecking machine. He won Super Bowls VII and VIII with the Dolphins, and should have been named the MVP (or at least co-MVP) of Super Bowl VII after a 17 tackle, 1 sack performance. Unofficially, Fernandez had 35 sacks in his career - playing nose tackle - and was voted as the Dolphins' "Outstanding Defensive Lineman" from 1968 through 1973, despite Pro Bowlers like Bill Stanfill and Vern den Herder being on the team.

3. Cameron Wake (2009): Yeah, this one is recent, and already in the top five. Wake was signed in 2009 out of the Canadian Football League after going undrafted in 2005, then being cut by the New York Giants and being out of football for two years before spending the 2007 and 2008 seasons with the BC Lions. With the Dolphins, Wake has racked up more sacks in his first four seasons with the team than any other player in their first four seasons. He is a monster on the defensive line, even on a team that can't get consistent pressure other than Wake. He has 43 sacks and 165 tackles in four seasons, as well as two Pro Bowls and was named an AP First Team All Pro selection this past year.

2. Bob Kuechenberg (1970): Drafted in the fourth round by Philadelphia in 1969, Kuechenberg quit training camp and spent a year playing semi-pro football. In 1970, Shula signed Kuechenberg, who became a starter in his first season. He went on to play 14 seasons with the Dolphins, earning six Pro Bowl selections and was once named First Team All Pro, spending his entire career at left guard. He's been a finalist for the Pro Football Hall of Fame eight times, but has yet to be inducted.

1. Jim Langer (1970): Yet another Shula find, Langer was initially signed by the Cleveland Browns as an undrafted free agent, but was cut during training camp. The Dolphins signed him, and he sat on the bench for most of the 1970 and 1971 seasons. Once he established himself as the started in 1972, Langer did not return to the bench for eight seasons, starting 141 straight games before a knee injury sidelined him in 1979. He would earn six straight Pro Bowl appearances from 1973 to 1978, as well as being named a First Team All Pro Selection in four of those years. The Dolphins would trade Langer to Minnesota in 1980, where he would retire after the 1981 season. He was inducted into the Pro Football Hall of Fame in 1987.

Of course, this list is open to debate. Who did I leave off? What order would you use to rank the signings? Let us know in the comments below.