The Meami Dolphins will have a new logo next year. The team has been talking about the new logo since midway through the 2012 season. Meanwhile, earlier today, the Jacksonville Jaguars announced they would have a new logo in 2013. This afternoon, they unveiled the new look.

The Miami Dolphins will have a new logo during the 2013 season. What that logo will look like, very few people know. The team has shot down the "leaked" version of the logo we have all seen, and will only say that the new look will be unveiled sometime before the draft. Meanwhile, the Dolphins' neighbors to the north, the Jacksonville Jaguars, announced today that they to will have a new look next year - and then they unveiled that new look.

As you can see in the picture above, provided by Alfie Crow from over at Big Cat Country, the new Jaguars logo is more modern and realistic than their previous version. This marks the first change to the Jags' logo since the inception of the team in 1995.

For a comparison, the previous version of the Jaguars' logo was: 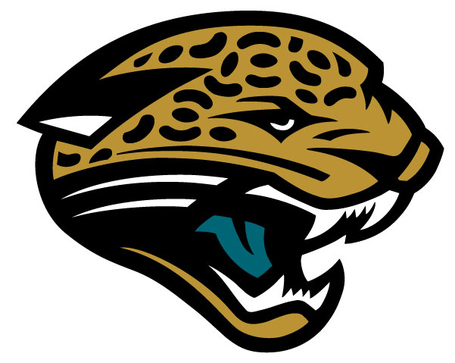 What do you think of the new Jaguars' look?

And, I'm ready to see the new Dolphins' logo. I'm kind of sad that the Jagaurs beat the Dolphins to the punch, but, hopefully, whatever we end up with, hopefully it's along the lines of this change. I really like what the Jaguars have done. It keeps the basis of the team's tradition, while updating it to something modern - which is exactly what the Dolphins say they want to do with their logo.

Head over to Big Cat Country for more on the Jaguars.