NFL Free Agency 2013: Free Agent Greg Jennings to be Tagged by Packers and Signed by Dolphins Who Don't Like Him

I could write a fancy introduction to this post, but I really think the title pretty much explains the Greg Jennings situation fairly clearly.

Share All sharing options for: NFL Free Agency 2013: Free Agent Greg Jennings to be Tagged by Packers and Signed by Dolphins Who Don't Like Him

Green Bay Packers wide receiver Greg Jennings is less than two weeks away from being a free agent. Unless sometime in the next nine days, the Packers franchise tag him. Once he hits free agency, Jennings will be immediately snapped up by the Miami Dolphins thanks to his tie to former Packers offensive coordinator and current Miami head coach Joe Philbin. Except Philbin is not a fan of Jennings, so the Dolphins won't sign him.

Welcome to the NFL offseason.

As we discussed on Monday, this is the time of year for smokescreens, rumors, and anything but the truth. So what is happening with Jennings?

Exactly what should be happening. 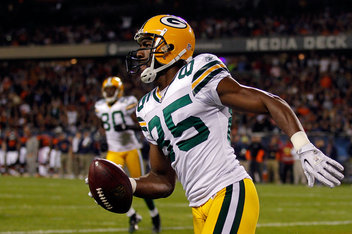 One of the top rumors floating this NFL offseason has been Green Bay Packers wide receiver Greg Jennings heading to the Miami Dolphins in free agency. According to a report yesterday, however, it appears the Packers could still franchise tag him. 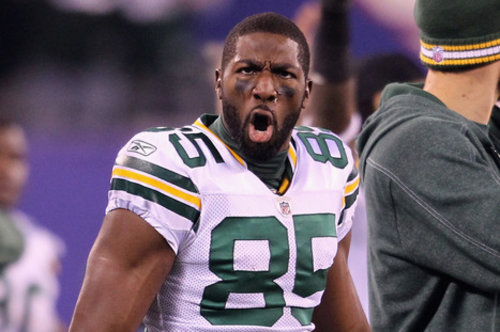 The Miami Dolphins need a wide receiver this year. Green Bay Packers wide receiver Greg Jennings is set to be a free agent. The speculation that Jennings could be headed to Miami has been around since before the 2012 season even started. Jennings spoke with Finsiders lead man Jesse Agler yesterday at the Super Bowl - and clearly did nothing to quiet the rumors.

Reports say that Jennings wants $12-14 million per season. Will he get that? No. No team is going to pay him anything near Calvin Johnson and Larry Fitzgerald money, who would be the only two wide outs to make more than Jennings at $14 million per year. But floating that rumor accomplishes two things. First, it makes it more likely that he will be a free agent, pricing himself out of anything the Packers could offer. Second, if he is asking for $14 million, it will ultimately lead to his deal being just a little higher as the negotiations start by bringing him down from that astronomical number.

Word that the Dolphins are interested in Jennings helps bot the wide out and the team. If there is perceived interest from the Dolphins, Jennings can use that to drive up his asking price. If Jennings to the Dolphins appears to be a done deal, it may keep teams from trying to raise their offer and let Miami get their target at a lower price. It also could work the opposite way, having teams start bidding for Jennings while the Dolphins go after someone completely different.

Meanwhile, Philbin having no interest in Jennings, feeling that he is not a "true number one" receiver makes absolute sense as well. Suddenly the Packers are threatening the franchise tag, so the Dolphins back off, trying to make sure Green Bay doesn't actually use the tag. Backing off of Jennings, especially by someone as knowledgeable about the receiver as Philbin is, will make other teams second guess going after him, asking why the Dolphins are afraid of him. It can bring his price down. It also assists the Dolphins in their negotiations; if Philbin is not crazy for Jennings, then they can take him or leave him, meaning if he wants to come to Miami, his asking price is going to have to come down.

Somewhere in the middle of this rollercoaster is the truth. Jennings will likely become a free agent, he will likely sign for less than $12 million per year, and the Dolphins will likely show some sort of interest in him.

Or, maybe all of it is false. Who knows?

Welcome to the NFL offseason.