The Miami Dolphins beat the New York Jets 23-3 last Sunday. We take a look back at the game through the defensive snap counts for Miami. 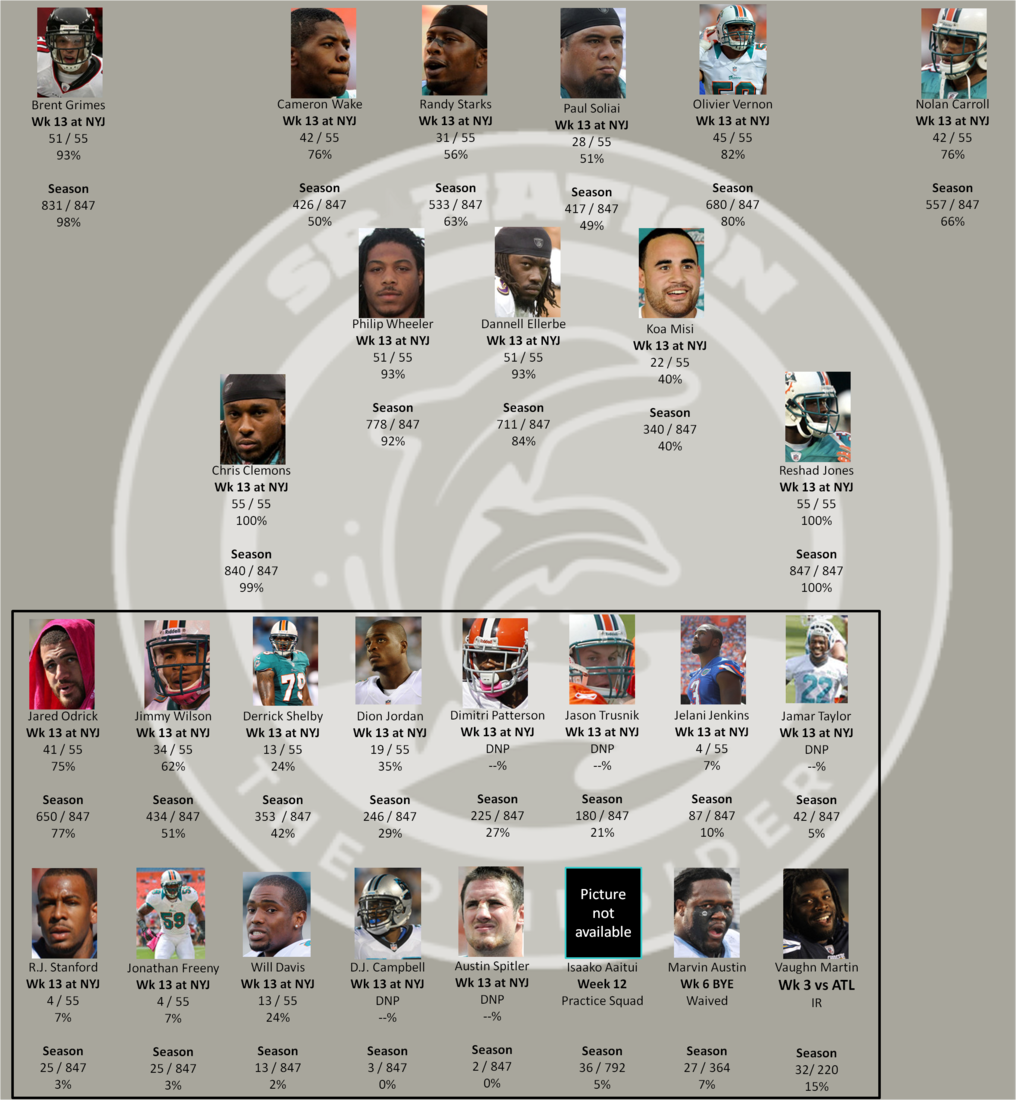 First, I apologize for the delay in our look back at the Miami Dolphins at New York Jets game's defensive snap counts for Miami. I originally planned on it being posted Wednesday night, but I messed up on the graphic, and had the wrong data. So, it ends up coming out on Friday, when we should be focused on the Pittsburgh Steelers game.

The starting cornerbacks were once again Brent Grimes and Nolan Carroll, as the groin injury that has plagued Dimitri Patterson all year, once again kept him out of the game. Grimes played 51-snaps, while Carroll was on the field 42-times.

Linebackers Dannell Ellerbe, Philip Wheeler, and Koa Misi all started the contest, with Ellerbe and Wheeler each playing 93-percent of the game, or 51-of-55 snaps. Misi, meanwhile, was in for 22-plays.

The starting defensive line featured Cameron Wake, Randy Starks, Paul Soliai, and Olivier Vernon. Vernon played the most, taking 45-snaps, while recording three sacks and 10-tackles in route to his AFC Defensive Player of the Week honors. Wake was on the field for 42-plays, while Starks appeared 31-times and Soliai took 28-snaps.