Miami Dolphins defensive end Olivier Vernon was named AFC Defensive Player of the Week for Week 13. Vernon had three sacks and 10-tackles against the New York Jets to win the award.

Olivier Vernon had a career game against the New York Jets this past weekend, and now the Miami Dolphins' defensive end is being recognized for his effort. The NFL announced today that a three-sack, 10-tackle performance has earned him AFC Defensive Player of the Week honors. 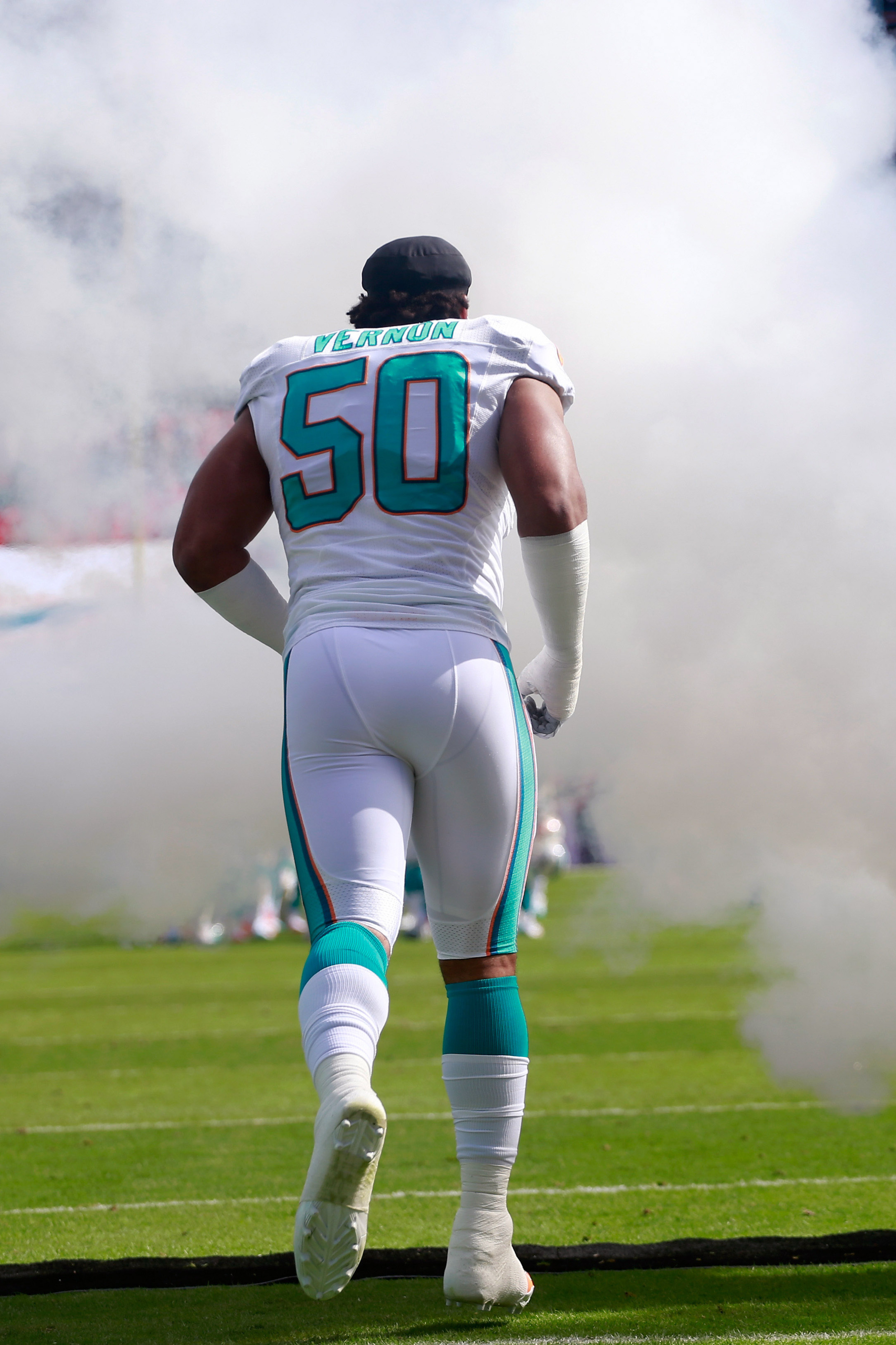 Originally, Vernon had been credited with a half-sack early in the game, with linebacker Philip Wheeler splitting the stat, meaning he had a career high 2.5 sacks at the end of the game. However, today it was corrected to give Vernon the full sack, moving him up to three against the Jets, and changing his career high.

Vernon now has 10.5 sacks on the season, tied with New England Patriots defensive end Chandler Jones for fifth in the league. He's recorded six sacks in the past three games for Miami.

The other AFC Player of the Week honors were given to wide receiver Erick Decker from the Denver Broncos for the offense and Cincinnati Bengals punter Kevin Huber on special teams. Miami quarterback Ryan Tannehill was nominated for the offensive honors this week for his 28-of-43 (65.1-percent), 331-yard, two-touchdown, one-interception, 94.2-passer rating performance.