The Miami Dolphins dominated the New York Jets on their way to a 23-3 victory. We take a look back at the game through the snap counts for the Dolphins, starting with the offense. 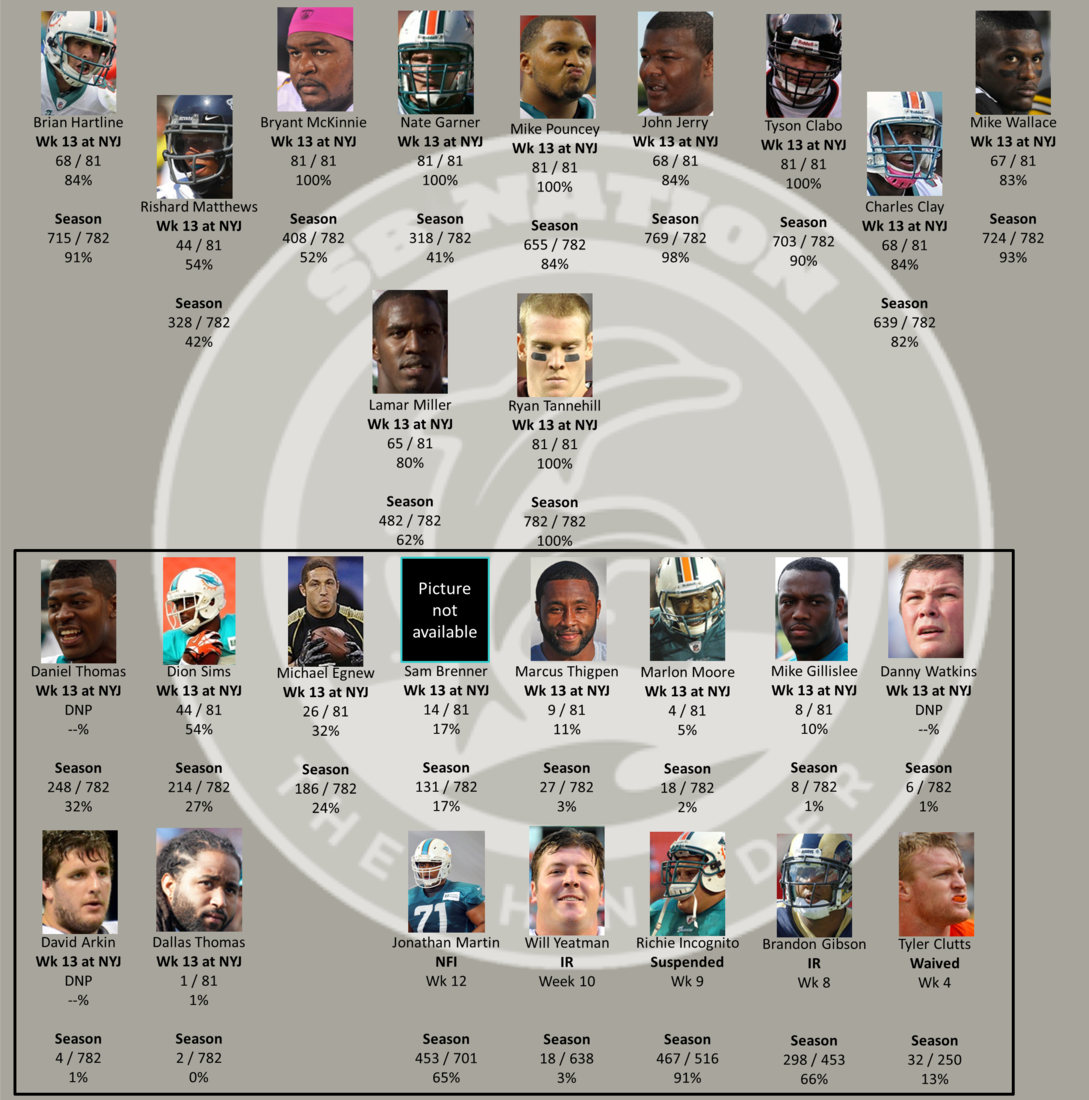 The Miami Dolphins beat the New York Jets this past weekend 23-3 in the first 60-minute dominating performance of the year for Miami. The game saw 18-players for the Dolphins take at least one offensive snap, including the debut of a draft pick. This morning, we take a look at the offensive snap counts for Miami.

Four of the five offensive linemen, tackles Bryant McKinnie and Tyson Clabo, guard Nate Garner, and center Mike Pouncey, who returned after missing the last two games with an illness, all played every one of the 81-snaps for the team. Guard John Jerry was forced to leave the game with an undisclosed issue, and only played 68-snaps. Sam Brenner made 14 appearances during the game, while rookie Dallas Thomas played one snap.

With Jerry's time out of the game, that leaves quarterback Ryan Tannehill as the only player to have played every one of the Dolphins 782-plays on offense this year, including playing all 81 this week.

The running backs were dominated by Lamar Miller, who took on more of a "feature back" role with Daniel Thomas out of the game with an ankle injury. Miller was on the field for 65-plays, or 80% of the time for the offense. Behind him, Marcus Thigpen took nine snaps, and rookie Mike Gillislee made his NFL debut, making eight appearances on Sunday.

The Dolphins started three wide receivers Sunday, with Brian Hartline, Mike Wallace, and Rishard Matthews all on the field for the first snap. By the end of the game, Hartline had played 68-snaps, Wallace was on the field for 67-plays, and Matthews took 44-snaps on the day. Reserve wide out Marlon Moore made four appearances.