The Miami Dolphins lost in embarrassing fashion on Sunday when they were shutout 19-0 by the Buffalo Bills. We take a brief look back at the game this morning through the offensive snap counts from the Dolphins. 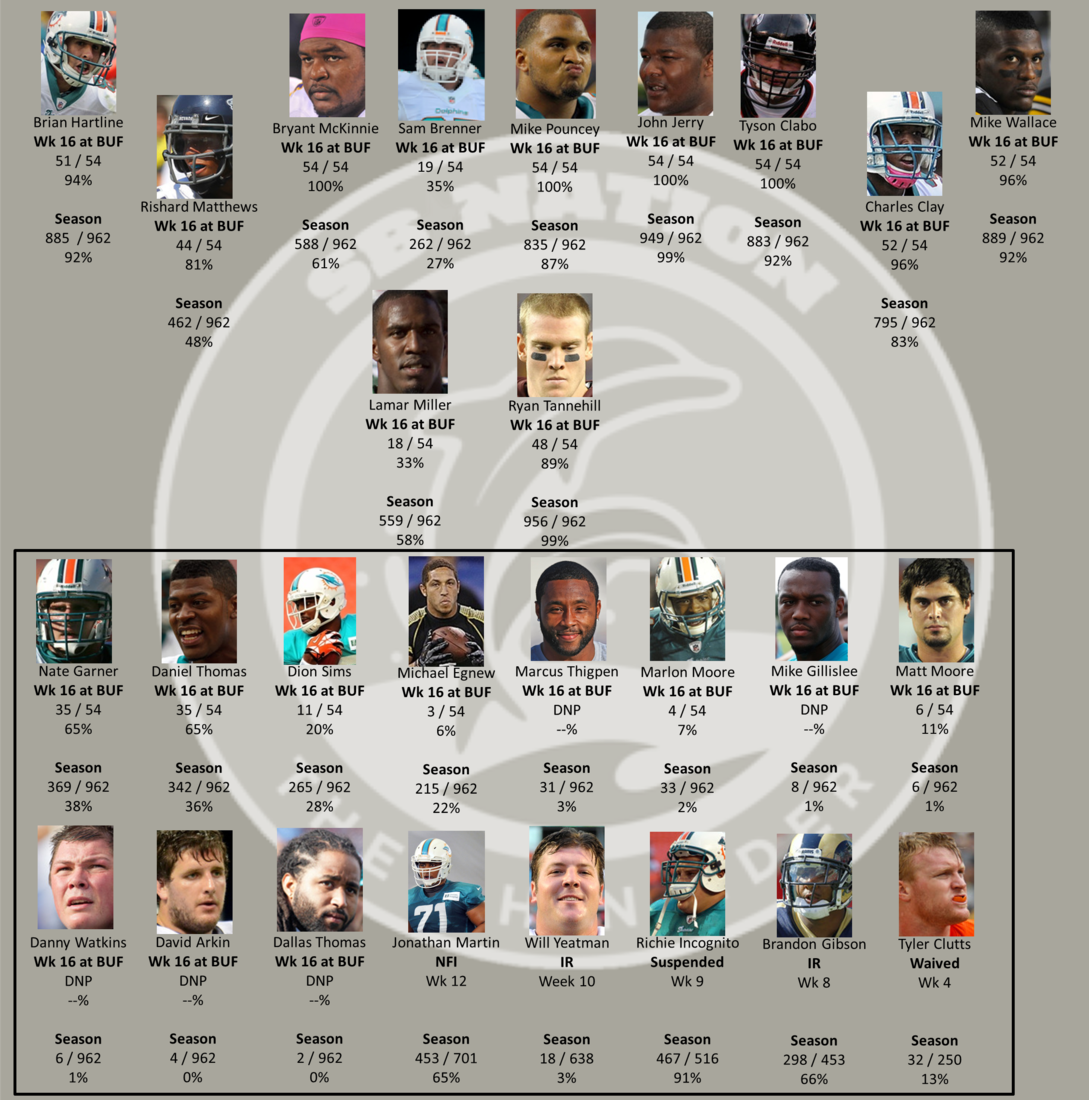 The main thing of note on the offensive snap counts for the Miami Dolphins during their 19-0 loss to the Buffalo Bills is quarterback Ryan Tannehill's plays on Sunday. For the first time this season, Tannehill was unable to take every snap in the game, missing three after suffering a knee injury late in the game on the sixth sack allowed by the Dolphins. He did briefly return to the game, just long enough to get sacked a seventh time, before Matt Moore came back in for three more plays. On the day, Tannehill played 48-of-54 offensive snaps, while Moore took six snaps.

As usual, the majority of the offensive line were able to take every snap during the game, with guard Sam Brenner the only one to not complete the feat among the starters. Tackles Bryant McKinnie and Tyson Clabo, guard John Jerry, and center Mike Pouncey all played every one of the 54 plays. Brenner only made 19 appearances Sunday, with Nate Garner filling in on the other 35 snaps.

At wide receiver, Brian Hartline, Mike Wallace, and Rishard Matthews all started, along with tight end Charles Clay. Wallace and Clay played the most, making 52 appearances each, while Hartline played 51 snaps and Matthews appeared on 44 plays. Reserve tight ends Dion Sims and Michael Egnew played 11 and 3 snaps each, while wide receiver Marlon Moore came off the bench four times.

Lamar Miller started at running back, but only took 18 snaps, compared to reserve Daniel Thomas, who was on the field for 35 plays.

The Dolphins face the New York Jets, needing a win and some help to make the postseason this year. They will need a much better offensive output, running more than 54 plays in the game, if they want to come away with the victory.